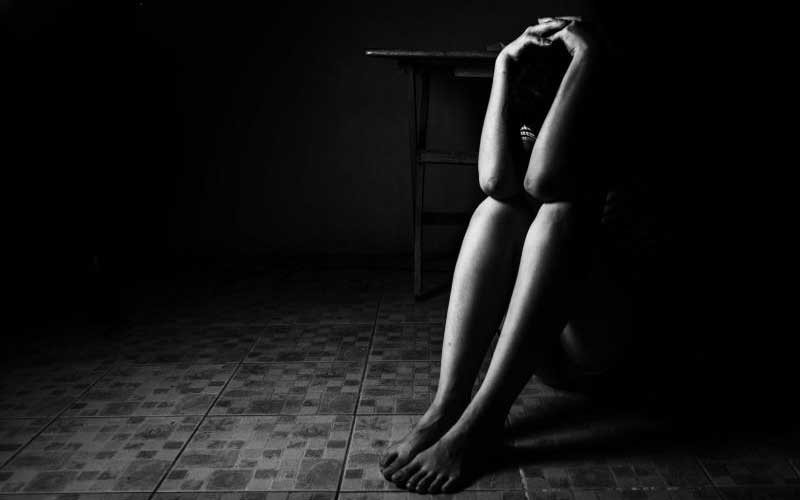 Economic vulnerability of girls and young women is both a cause and a consequence of Gender Based Violence (GBV). It is well documented that GBV undermines the health, dignity, security, and autonomy of its victims, yet it remains shrouded in a culture of silence, debauchery, and impunity.

According to the US State Department’s Trafficking In Persons Report (June 2020), men, women and children trafficked in Kenya are subjected to forced labour and sexual exploitation. Traffickers exploit girls and boys in commercial sex throughout Kenya, particularly in informal settlements.

The 2019 Violence Against Children Survey report highlights alarming trends that show an increase in certain forms of physical and sexual violence among adolescent girls between ages 13-17. Issues like GBV have remained pervasive which undermines their rights, limits their opportunities, and subsequently denies them the chance to become socially and economically empowered.

You must hit the gender rule in 2022, women and political parties told

Within the households, girls and young women have less access to and control over resources, education and employment opportunities; have limited influence and decision-making power; and remain underrepresented in decision-making processes. Due to culturally imposed norms, young women and girls often have to depend on parents and male relatives for economic support, opening them up to vulnerability by male predators.

A recent study by the Kenya National Bureau of Statistics (KNBS) in partnership with the State Department for Gender, UN Women and Uniccef using the Kenya Women’s Empowerment Index (WEI), shows that only 29 per cent of Kenyan women can participate equally and effectively in political, economic, and cultural life and that their involvement is largely dependent on household circumstances. According to the study, on average, 40 per cent of women in Kenya’s urban areas are empowered; nearly double the rate for women in rural areas.

Kenya has made commendable steps to increase women’s equality through policies and legislative frameworks. However, according to the 2019 SDG gender index linked to the vision of gender equality set forth by the 2030 Agenda, Kenya was ranked 97 in Sub-Saharan Africa, and ranks 109 out of the 153 countries in the Global Gender Gap Report 2020, an indication that the country is still lagging in progress towards achieving gender parity, compared to some of its peers in the region.

The robust and well developed constitutional, legal and policy frameworks that embrace ratified international conventions and treaties as part of Kenyan law to address GBV, promote and protect women and children’s rights need to be strengthened, implemented and monitored to enhance compliance and accountability.

According to the Girls Advocacy Alliance (GAA) report, addressing GBV and economic exclusion of girls and young women in Kenya; public and private sector practices (2019), GBV at the workplace mostly manifests in the form of sexual harassment. Majority of the private sector firms have not successfully adopted or incorporated statutory frameworks on GBV.

As such, there is limited monitoring and accountability on GBV issues at the workplace. Despite significant efforts by the government to improve gender equality over the years, the available mechanisms are not adequate to hold the private sector accountable for their policies and practices on gender equity and equality. Despite improved legal and policy frameworks to combat GBV in Kenya, women and girls continue to experience structural and systemic discrimination in achieving rights and opportunities.

The GAA programme in Kenya focuses on economic empowerment through affirmative action to increase decent job opportunities for vulnerable young women, while increasing the protection of vulnerable girls from sexual exploitation.

To achieve this, Terre des Hommes Netherlands in partnership with Coalition on Violence Against Women (Covaw) have been implementing the GAA programme in Kwale County through the engagement of the communities, civil society organisations, policy makers, duty bearers and decision makers in government and the private sector.

Through a youth-led advocacy campaign, the GAA programme empowered and supported the girl advocates in Kwale County to access platforms to share their narratives and perspectives, through the production of a tailored feature film, radio drama series and advocacy testimonials on the situation of Adolescent Girls and Young Women in the county in relation to GBV and economic exclusion.

It is expected that the campaign will provide more media exposure of girls and young women’s narratives; increase awareness of their vulnerability; stimulate and promote public debate about existing gender norms; and promote community action in support of their advocacy priorities and agendas.

The campaign also aims at influencing policy and legislation to remove structural barriers and ensure an enabling environment for the elimination of GBV and economic exclusion of adolescent girls and young women in Kwale County.

However, winning this battle will take more than a singular approach. Partnership and participation among various stakeholders of all sectors is necessary to strengthen the civil society in the promotion of girls´ rights and gender equality.

With the support of the community, national and county government authorities, cultural and religious leaders and other civil society actors, we can ensure that girls and young women in Kenya are free from all forms of GBV and are economically empowered by 2030.

Fraud at the center of royalty collections, KECOBO says

Audit hints at the mismanagement of artistes' royalties