Besieged unions must reinvent and soldier on

By Wilson Sossion | 1yr ago 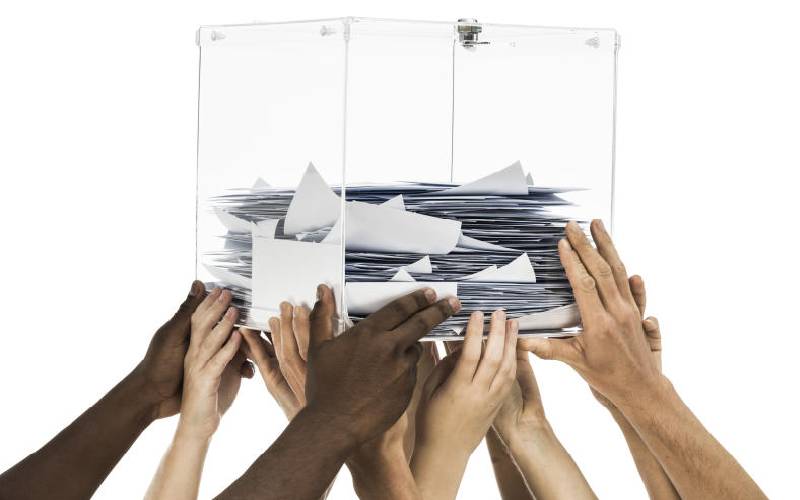 Trade unions in Africa have metamorphosed over the years, growing stronger than ever before and union membership growing exponentially.

Unions were effective organs for freedom struggle. Since then, they have participated in the development of economies with their impact being felt across the globe.

Members have always turned to their unions for solutions to pressing labour matters, even during industrial unrest. Despite legal and socio-economic challenges, unions have been on the front-line settling members’ grievances.

While conducting business, members and their unions rely heavily on state laws, though some are weak, incoherent and archaic to guide and protect their interests. However, some of the rules and regulations have enabled unions to successfully negotiate better pay and working conditions for their members.

All said and done, industrial relations are on a sharp decline – turbulence in trade union movement is the order of business today, with unions steadily losing their magic touch and impact.

The fast fading unions cannot effectively represent or push the agenda of workers – their memberships have declined to worrying levels, with some almost falling below the threshold recognised by the employer to negotiate and sign a Collective Bargaining Agreement.

Some union leaders have been under constant harassment by the powers-that-be. They have been coerced, intimidated, threatened with deregistration and in extreme cases, arrested and charged in court. Members have been removed from union registers under the instigation of government agencies so that their unions are viewed as collapsing entities, with no substantive membership. This is aimed at weakening the trade movement.

These machinations should be a wake-up-call for trade movements to focus on the strategic capacity of unions to both develop the old resources and new ones and their capabilities in response to rapidly changing world of work.

Union leaders therefore must explore new avenues through which trade movements can push through members’ agenda, and this should include mainstream and social media among other platforms of communication. We also should find out how our partnerships with communication platforms can contribute to the renewal of the union movement.

The arm-twisting by government agencies has affected unions’ capacity to mobilise workers, and accordingly to play a major progressive role in society.

There is a school of thought, however, that tends to assume the definitive demise of trade unions and their methods of struggle has made members turn their attention to the emerging social movements as alternative platforms to air their views, and push through their agenda. They believe state agencies and some employers have seriously interfered with the running of labour movements.

While much of decline union membership is attributable to economic factors such as reduced public-sector employment, heightened economic competition and the falling share of manufacturing industries in total employment due to Covid-19 and other factors,  the dramatic rise or fall of trade union membership is also linked to systematic changes in governance or major legislative overhauls in many countries and regions.

In some cases, union membership is repressed for political or investment considerations. International Labour Organisation (ILO) notes that some governments have “adapted a restrictive policy with regard to recognising unions in the hope of attracting foreign investment”.

In addition, restrictions of various kinds and officially sanctioned, or ignored; anti-union activities remain pervasive in a large number of countries as reflected by the numerous complaints examined by the ILO’s Committee on Freedom of Association.

While unions in most countries have moved “towards a less adversarial and more cooperative” approach, trade unions have shown themselves capable of wielding power in times of crisis. This is what is called resilience in trade unionism. In a number of recent industrial and political conflicts, notably in France, Germany, South Africa and the Republic of Korea, trade unions proved decisive in reaching settlements.

Trade union membership in Africa has also dropped sharply during the last decade, limiting the prospects of trade unions and their relevance in society. ILO, however, believes that in spite of the negative trends, the drop in union membership has not translated into a corresponding drop in influence.

In most countries, trade unions have managed to consolidate their strength in core sectors and developed new collective bargaining strategies, often on a global scale. This signals a major turning point in industrial relations worldwide. This is the kind of resilience unions should embrace if they have to continue being relevant.

What we now need to see is increased democracy, greater pragmatism and freedom for millions of workers to engage in collective bargaining with their employers and to participate in matters affecting society and workplace without interference by state agencies and employers.

It should be recalled that unions have a unique legal position because trade movements control or can exert a good deal of influence on labour supply for a particular industry or organisation and restrict non-union workers from depressing the wage rate. This is because legal guidelines provide a level of protection to union activities.

Unions help increase the wage rate, improve working conditions and create incentives for professional development continuous training for employees. Union wages are generally higher than non-union wages globally. According to a study by the Bureau of Labour Statistics, salaries for private industry union workers averaged $18.36 per hour, while those for non-union private industry workers averaged $14.81 per hour. As well, the study found that union workers have more access to employees benefits than non-union workers.

Non-union workers also benefit from a strong union presence in many ways. Strong unions set pay and benefits standards that all employers must follow. This has been witnessed in Kenya’s teaching sub-sector where the Kenya National Union of Teachers has engaged single-highhandedly the employer – Teachers Service Commission to negotiate teachers’ salaries and allowances, and successfully managed to agree on remuneration rates for tutors in the public service.

These are some of the reasons why, despite pressure, unions should not give in. Like the proverbial phoenix, they should regenerate, obtain new life and soldier on.

- Mr Sossion is an MP and Secretary-General, Knut

By Standard Team 5 hrs ago
Outcry over postponement of polls in Mombasa, Kakamega