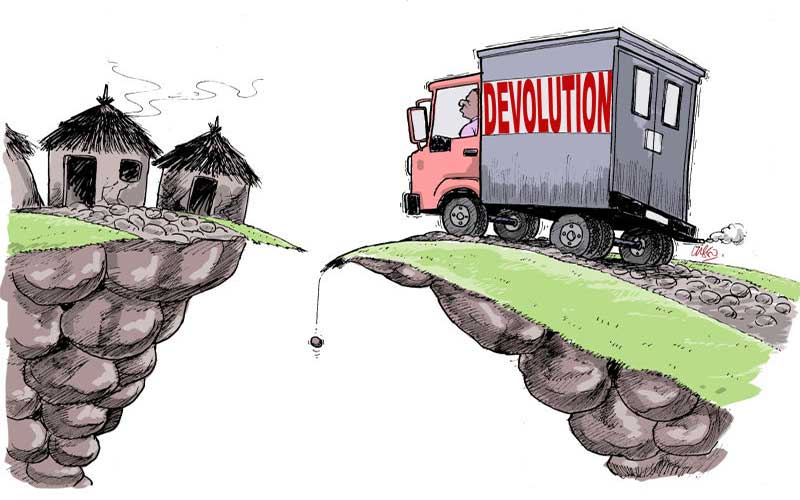 I am in my final days in Kenya, and so tend to be reflective about my tenure here as ambassador of Switzerland to Kenya.  I believe the benchmark by which I should judge my contributions to Kenya and to relationships between Kenya and Switzerland can be summarised by this question: What have I been able to do to help in building and strengthening independent institutions in Kenya? Let me give you an example. The highlight of my tenure was the visit of the President of the Swiss Confederation Alain Berset in 2018. The Kenyan government and the whole administration did an outstanding job in organising that visit.

But only six months later, Switzerland had a new President. The Presidency in Switzerland rotates on a yearly basis. What I want to say is that when President Berset visited Kenya, it was not a politician that visited, it was the Swiss Presidency – the institution of the Presidency of the Swiss Confederation. Our members of government feel first and foremost that they are representatives of the Federal Council, the institution of the Swiss Government. Only after that do they feel that they are individual politicians.  I would like to add one more example here: The institution which is the Kenyan media. It has been my pleasure to interact extensively with members of the Kenyan media during my time in Nairobi. I fully appreciate why in every poll that is conducted in this country, the media is judged to be the single most trusted institution in Kenya.  You might ask: “So, did you not see any sector in which a lack of strong institutions was holding Kenya back?”

And I would answer, Yes, I did. And it was, most unfortunately, in something which is very close to my heart, coming as I do from the country most famous for its devolution and federal system of government.  I had the privilege to witness institution building in Kenya – in the counties. Devolution meant the establishment of new county administrations. The first governors were like pioneers. They had to find their way through sometimes uncharted waters. Many mistakes were made and many lessons were learnt. And counties witnessed transformational changes.  For that reason, after the elections in 2017, with the second crop of governors, I thought that the good work of a good number of outgoing governors would be followed up by the incoming ones.

And I was deeply disappointed to see that in quite a number of instances, the new governors did not finish the work started by their predecessors.  You could read about white elephant projects in counties, projects that were just abandoned. Some new governors were investing in ‘their’ projects. Projects in which they – and they alone – could take full credit. In the process, they were ignoring the partially completed projects that had been started by their political rivals, who they had defeated in the 2017 election.  So there seems to be a lack of institutional thinking in the counties.  All the same, my embassy did what it could to contribute to institution building within devolution: We helped to establish and strengthen the Frontier Counties Development Council. The council is a ‘regional block’ of 10 northern counties, a region that was historically neglected and had seen little development, and is further burdened by recurrent drought and flooding. Last but not least, it is a region of Kenya known for insecurity. Governors of the northern counties came together in order to coordinate and promote social and economic development of their region. The council secretariat, a small institution set up years ago with the assistance of my embassy, helps the governors to remain focused and to work on the most important challenges their people face.  I tried my best to contribute to the building of independent institutions here during my time as ambassador to Kenya. I worked with all the institutions fighting corruption. And as I prepare to leave, I wish Kenya and the Kenyan people well in their efforts to continue with national building – which always begins with institution building. -Dr Heckner is outgoing ambassador of Switzerland to Kenya