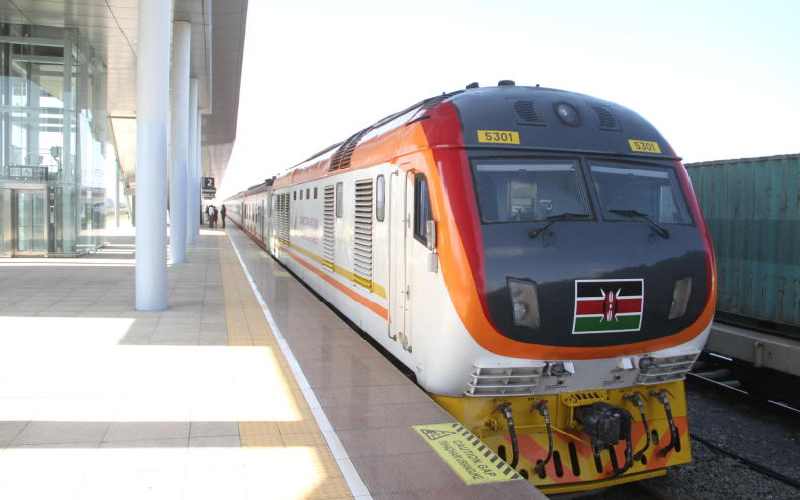 Kenya’s presidents, past and present, have at some point in their tenures endured scandals that rocked their boats.

If the Lunatic Express, as the old Mombasa-Kampala railway was once known, was the reflection of the old colonial order, SGR offers a glimpse of what modern Kenya is. Packaged as contemporary, efficient and reliable, the infrastructure, like the country’s leadership, has fallen woefully short of public expectations.

It has failed to offer the bracing and authentic taste so sorely needed in a country with dilapidated infrastructure. Much less, it has not reflected the vaunted digital dynamism of youthful leadership.

A Court of Appeal declaration has lifted the lid on what many always suspected but were unable to articulate; that “the Sh500 billion contract between Kenya and China for the construction of the SGR was illegal”. The judges have ruled that the contract went against procurement law and the Constitution. The Law Society of Kenya has argued that Kenyans will not get value for money.

It cannot be gainsaid that the SGR has been controversial, if not polarising, to a large section of Kenyans. There are those who believe it was a necessary replacement of the Lunatic Line, the old metre-gauge railway that was built over a century ago. They make a case for the need for reliable and faster conveyance of goods and passengers from the port city of Mombasa to the hinterland and back.

Then there are those who have criticised the compulsory use of the SGR for containerised cargo and the transfer of port operations to the Naivasha inland container depot served by the SGR. A Mombasa MP, Abdulswamad Nassir, has decried the compelled usage of the SGR saying it was a “deliberate effort by the government to put road transport companies out of business and generally harm the entire economy of the coastal region”.

Still, there are others who question the cost of the SGR, which, they say, is comparatively higher than that of other railway lines in the region. They draw a nexus between the allegedly inflated cost and the fact that the country is fast approaching debt distress with a third of all debt repayments made going to Chinese lenders.

Their assertions are lent credence by the fact that the SGR contract is shrouded in opacity. Despite the president’s promise to make the contents of the contract public, it has not happened.

The Court of Appeal declaration on the SGR may have resonated with a large section of disaffected Kenyans, but is it a justifiable decision? Can it stop the government from performing its financial obligations as spelled out in the document signed between Kenya and China? Does it give Kenya, as lawyer Harun Ndubi has argued, “leeway not to repay loans advanced for the project, or honour other issues in a document that has been declared illegal by the court?”

There are ramifications that would result from Kenya’s failure to honour her obligations. The country’s credit rating outlook, already revised to negative by global rating agencies, would further be lowered resulting in the tightening of borrowing conditions for the country. It could also precipitate a diplomatic spat with China to the detriment of other projects in various stages of financing.

Clearly, although the courts have allowed citizens a moral victory, they may not, in this instance, be the best way to hold the government to account. The government derives its franchise from citizens. When it messes up, as some may believe it has regarding the SGR, citizens can make their displeasure evident by making the mess an election issue.

This is the kind of issue-driven politics that the country ought to aspire for so that it can bestow the leadership franchise to deserving candidates while simultaneously kicking out recalcitrant administrations.

In a continent that is riven by negative ethnicity and cronyism, Kenya is still quite a long way off from leadership renewal purely on the basis of issues. But it is never too late to start.

Like the Lunatic Express that did not make sense until many years down the line, bringing up issues to the public domain may, in a generation, be the standard of transparency required. And it could be that our posterity may get to enjoy the full benefits of what many regard as the latter-day Lunatic Line!