New cotton variety is the greatest gift for farmers 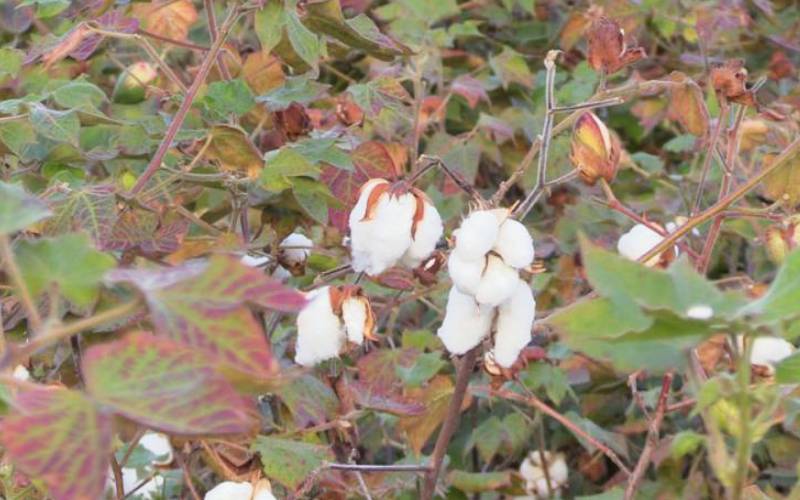 The recent cabinet approval of commercialisation of Bacillus Thuringiensis (BT) cotton hybrid farming came as a surprise to many who thought the trials would continue in the New Year.

This is because the trials had initially taken more than five years after a task-force to oversee the exercise was formed in 2017. The announcement will now re-energise cotton farming while giving farmers a lifeline to increase their yields.

President Uhuru Kenyatta’s administration has continued to prioritise cotton- textile value chain as one of the critical sectors that shall contribute to manufacturing growth from current 9 per cent to 15 per cent in 2022.

Cotton farmers spread across arid areas in the country, who might have lost hope in planting the crop, will definitely be awoken by allure of BT cotton that will now be a long lasting solution to the challenges they faced in the early 1990s.

Early this year, in his Mashujaa Day speech, Uhuru challenged Health, Agriculture and Trade ministries to develop a quick mechanism to revive cotton production while focusing on the possibilities of BT cotton.

This is because in his Big Four economic agenda, the President has prioritised manufacturing, where textiles fall, and this can only be made a reality if industries are in a position to get quality raw material.

Rivatex East Africa played a crucial role in the lead up to commercialisation exercise by commissioning sensitisation of cotton farming in major areas.

The vertically integrated textile industry is one of the biggest players in Uhuru’s Big Four agenda through promotion of production of woven garments for local and global markets.

The highlighted areas had initially abandoned the farming due to poor prices and above all because of persistent pests such as bollworm that attacked cotton plants before harvesting time, leading to huge losses.

Those who bought pesticides also faced a huge cost of production and never realised good fortunes.

They had to spray up to 14 times to contain bollworms and other pests that are prone to conventional cotton varieties.

According to Charles Lagat, Rivatex Cotton programmes manager, the current production of conventional cotton stands at 572kg per hectare. Availability of hybrid seeds is set to raise this to 2,500kg per hectare because of its high resistance to pests.

Many critics will definitely question the reasons for the government to opt for BT cotton. But its benefits are more compared to conventional seeds that have been in use.

Through BT, farmers will be in a position to harvest more and because of functional textile mills they will be able to get ready market.

Similarly, there shall be a reduction in soil degradation due to minimal usage of insecticides. This has been a challenge in the past.

BT seeds will also help improve on the quality of lint and the overall living standards of farmers.

It will also be in the interest of government to see an increase in Gross Domestic Product. This can only be realised through growth of value chain such as ginneries, mills and garmenting. It will also reduce the cost of importation.

I envision a creation of subsidiary industries such as cotton seed cake for dairy farmers and cooking oil derived from cotton.

This will also create employment opportunities.

Farmers can now look at the cotton industry with optimism and hope. Many have expressed interest in going back to cotton farming.

The State should ensure it walks with farmers in the adoption of BT hybrid seeds through provision of extension services.

It must also put its energies behind cotton farming, which used to be a marketable venture in the 1990s.

Government should aid in bulking of cotton seeds to make them more easily available to farmers before the onset of the planting season in March.

This is killing our local industries. It is also denying the country much needed revenue.