How Mugabe became the West's bogeyman 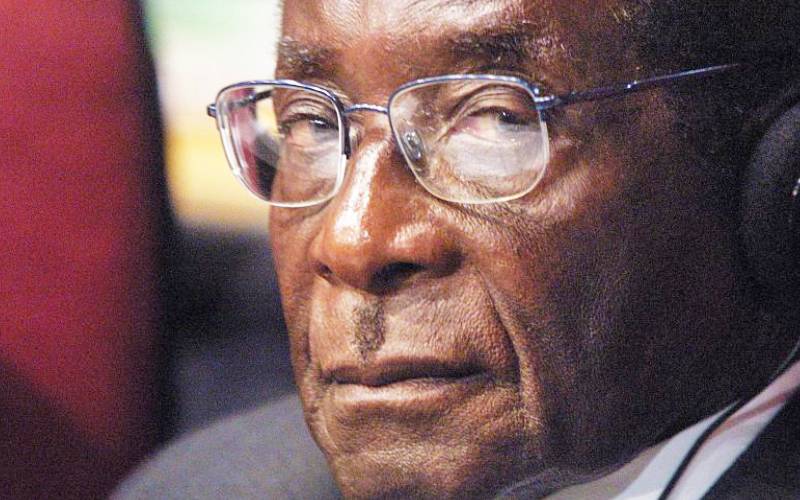 Comrade Robert Gabriel Mugabe (pictured) was buried on Saturday. He died at the age of 95 in Singapore hospital rather than in a Zimbabwe. He was, in life, a symbol of contradictions; of both heroism and villainy. One of his crimes was that he did not know when to quit office and so he forced his erstwhile supporters to organise a civilised coup in order to retire him with honour, even in death. He was, like many “leaders”, a blend of villainy and greatness.

When men of great stature, like Mugabe, vacate the earth, survivors argue about his greatness or villainy. This is because there is a bit of Mugabe in every renowned leader whether in the Americas, Europe, Asia or Africa. There was “Mugabeism” in Abraham Lincoln, Vladmir Lenin, Mao Zedong, Charles De Gaul, Winston Churchill, Kwame Nkrumah, Julius Nyerere and Nelson Mandela. They all had moments of inspiration and disappointments. The apportioning of greatness and villainy to any leader largely depends on who controls instruments of opinion-making or what Lenin termed the “commanding heights”. Not controlling global opinion commanding heights, Mugabe was its victim and probably its manufactured villain. Manufacturing villains as prelude to destruction is an imperialist expertise. In that context, Mugabe became the ‘bogeyman” of Western imperialism in Africa. The Europeans remained generally ignorant of Africa, Cambridge historian John Lonsdale noted, but they at least knew of “the bogeyman Robert Mugabe”.

He was not the choice of the Western powers to lead Zimbabwe into independence but, having outwitted them, he became their bogeyman, representing all that was supposedly wrong with post-colonial Africa.  As the imperial bogeyman, Mugabe had his British counterpart in Prime Minister Tony Blair and the two developed deep dislike for each other. This started when Blair replaced John Major and Margaret Thatcher, both conservatives, at London’s Number 10 Downing Street. Blair reportedly chose to disregard Thatcher’s commitment to compensate white settlers for the land going to Zimbabweans. Mugabe reacted by expropriating the land and telling Blair to keep his money. The animosity between the two became occasionally comical. During Pope John Paul II’s funeral, for instance, Prince Charles had no problems shaking Mugabe’s hand but Blair changed seats to avoid being seen next to the Zimbabwean. Blair urged Zimbabweans to “get rid of Mugabe”. Not all countries, Kenya among them, accepted the West’s anti-Mugabe jibes. Kenya and Zimbabwe had similar colonial and post-colonial experiences as victims of imperial machinations and manufactured crises.

Both countries were created as “white man’s country” and went through violent liberation wars, the Mau Mau War in Kenya and the Second Chimurenga War in Zimbabwe. The Mau Mau war led the way in the 1950s and inspired others in other settler colonies. The British jailed Jomo Kenyatta reportedly for Mau Mau activities. As Kenyatta led Kenya to independence and republican status in 1963-64, the British sent Mugabe to jail for anti-colonial incitements. Mugabe later asserted, “we see ourselves in those resilient Mau Mau fighters.” In post-colonial times, for disagreeing with imperial wishes, both countries experienced manufactured political crises, leading to imposed political experiments called “power sharing.” Mugabe had his Kenyan admirers and detractors. Munyua Waiyaki, Kenya’s top minister for Foreign Affairs was one unapologetic Mugabe supporter. The two were students at Fort Hare in South Africa in the late 1940s where they joined anti-imperial struggles. He understood Mugabe’s predicament with white settlers and thus remained anti-imperialistically on Mugabe’s side, irrespective of what others thought. While uncompromising on anti-settler domination, Waiyaki had ways of pushing through “dynamic compromises” in politics and diplomacy and could thus remain on good terms with the Kenyattas and the Odingas. One Odinga, Raila, became Kenya’s second prime minister and he took a completely different position on Mugabe from that of Waiyaki. As in the case of Mugabe and Blair, Mugabe and Raila did not see eye to eye on imperialist machinations. At the time that Blair was wishing he had power to “topple” Mugabe, Raila was receiving Western praises as an “African statesman” who delivered messages to trouble spots in the continent. He echoed Blair in advocating for pushing Mugabe “out of power”. In return, Mugabe’s spokesman, George Charamba, accused Raila of having blood of innocent Kenyans on his hands. Mugabe then promised to “castrate…Lunatic Raila” for being a “rogue politician” in Africa. Mugabe had ability to arouse deep emotions; positive and negative. Although he sinned by not knowing when to quit, he remained an anti-imperialism inspiration. Kenya’s President Uhuru Kenyatta, declaring Mugabe a man of “courage”, ordered Kenyan flags at half-mast as a “mark of respect for the memory of this African hero and friend of our country.” Few deserve such accolade. Or vitriol. Prof Munene teaches History and International Relations at USIU