Politics is dirty, but a game all the same 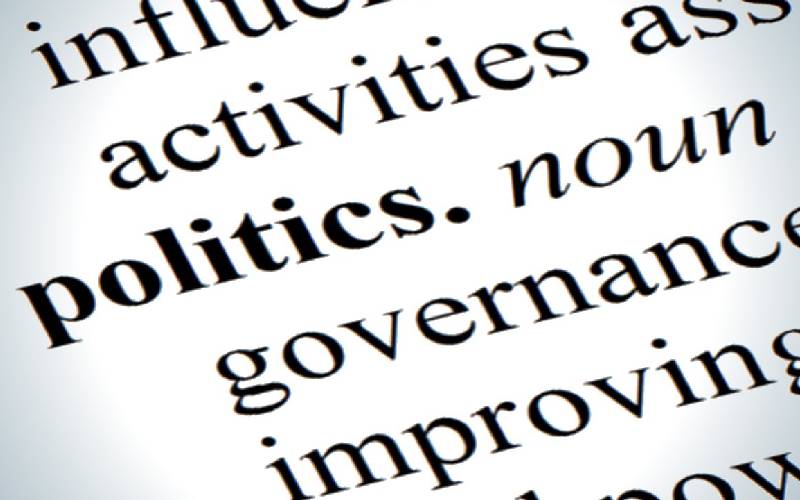 It is often said politics is a dirty game. The word ‘dirty’ shouldn’t bother anyone too much; rather, we should be more concerned that politics is a game. It’s a contest between men and women who want to win more than they want to lead.

As soon as they’ve played that winning hand, they quickly cover their selfish ambitions in the respectable cloak of ‘leadership’, taking on the title ‘mheshimiwa’ with an arrogance that few ordinary Kenyans can replicate. What they forget, or choose to ignore, is the fact that leadership if approached correctly, is servitude. Being a leader should not be about big cars, big salaries, big houses, and big egos. Unfortunately, this is where we find ourselves with our current crop of big men.

The other day, members of the national assembly were adding even more money to their bulging pay packets, including more than $2,000 dollars in individual house allowances. At this point it is just easier to quote their perks in dollars. After all, the members of our National Assembly are some of the best paid in the world. They live like expatriates on their own soil, pulling in international salaries as the people they represent struggle to breach the distance between ends that have to meet.

There was a time when a move like this would have been met with rage; but nowadays taxpayers are neither angered nor surprised by the self-enriching ways of their elected representatives. We’ve been shocked into submission by the audacity of their greed, and have become numb to their excesses. Yes, we may wax philosophical about the virtues of good leadership, and the failure of our political players to reach the threshold, but at the end of the day we are largely ineffective when it comes to demanding more bang for our bucks.

These clowns continue to prance around the national stage in a repetitive and uninspiring piece of political theatre. Every so often the actors and actresses go completely off script and it is in those moments that audiences are finally compensated for putting up with one poor production after another. One recent deviation from the political running order was the spat between Malindi MP Aisha Jumwa and ODM Secretary General Edwin Sifuna at a funeral in Kilifi County, where the Member of Parliament was the master of ceremony. Previously an ODM diehard, Ms Jumwa has thrown her weight behind William Ruto and his #TembeaKenya faction of Jubilee.

When Mr Sifuna was given a chance to address the mourners, rather than linger on condolences, he decided that talking politics was a much better use of his time.  An impromptu lesson on the workings of ODM’s internal rules and structure ensued.

He spoke uninterrupted for a while, but there was only so much of ODM-speak that Jumwa could take. Finally, unable to restrain herself, she began to castigate Sifuna for giving a political speech at a funeral. After a lengthy dressing down, she got up on the podium, grabbed his microphone, and proceeded with the funeral programme as if Sifuna wasn’t there.

First of all, the irony of one Kenyan politician telling another to leave ‘siasa’ out of funerals is thick. And two, you have to hand it to Jumwa for being a woman. Predictably, she has been called all manner of names from toxic, to rude, crass, vulgar, disrespectful, loud, manlike, childish, immoral, arrogant, over-emotional, undignified, and a whole lot in between.

If we were in the US, Donald Trump would certainly have labelled her “a nasty woman”, as he did to Hilary Clinton, and more recently to Democratic presidential candidate, Senator Kamala Harris. Men resort to name-calling when they are confronted with women they cannot control. Their brains short circuit when they come head-to-head with humans who look like women, but from their gendered perspective, “act like men”. Jumwa is not a woman to be provoked, neither is she to be underestimated. She stays ready for war, but folks keep coming for her with small-small skirmishes.  Her fearlessness, confidence, and self-agency are just too much for some men to come to terms with.

Like I say, politics is a game, and a dirty one. If you want to win, you’re going to get some dirt on you. It shouldn’t matter if you are a man or a woman; whatever you are, and wherever it is you come from, you have to go into full-on beast mode. Personally, when it comes to political types I’m an equal opportunity hater. I find the entire sport abhorrent. But that doesn’t mean that I can’t be a Jumwa fan. She might be “nasty”, but she’s damn good at it.