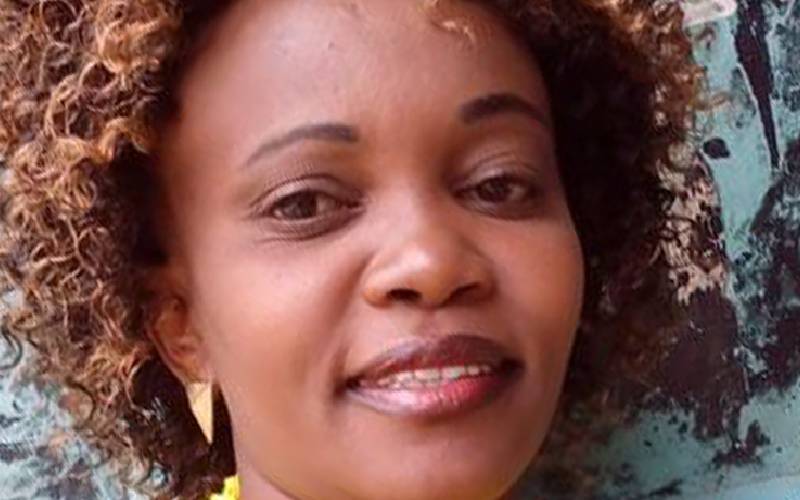 In the end, the autopsy showed Caroline Mwatha (pictured), the human rights defender from Dandora, died from complications during a botched abortion. Police had already publicly made this claim when they announced the discovery of her body, at the City Mortuary, after Mwatha had been missing for a number of days. Police, frequently inept or indifferent, now come up for rare commendation for the competent manner in which they carried out investigations into the disappearance of Mwatha.

However, there are still issues the death of Mwatha raises. While available evidence has established the cause of death, the circumstances leading to that cause still need significant clarification, starting with whether the attempted abortion was voluntary on her part or a form of punishment. There are also questions about the accuracy of mortuary and police records arising from allegations that two entries, on two different dates, were made in the occurrence book in relation to her death. It is also unclear why family and friends were unable to locate her body at the mortuary when they checked on February 8 and 9, if it is true that the body was booked in on February 7 as claimed by police. The process by which police discovered the body, reportedly booked in using a wrong name, would also need clarifying.

There are also questions about the management of information on Mwatha’s death. Her family claimed they were not informed about the death before police made this information public.

In the public communication, police immediately made the claim about a botched abortion at a time they had no way of independently demonstrating this fact. Could police have been less committal about the cause of death until this could be authoritatively established?

There are also questions about what needed to be disclosed to the public. When high society people have died under suspicious circumstances, similar to those under which Mwatha died, the cause of death was not disclosed and remained a matter between family and the police. Nor was there a claim the public should have been told how those high end people died, so long as their families were comfortable with the investigations that followed the deaths. By contrast, information about the death of Mwatha has been handled very publicly and in a highly intrusive manner, which ended up objectifying her, robbing her of dignity.  A number of factors explain why things happened the way they did. First, once Mwatha went missing and as a human rights defender, police came under strong suspicion that they were involved, in the same way that they have previously been accused of involvement in the disappearance or death of human rights defenders.

Without waiting to be linked with her disappearance, police immediately understood that they were under pressure to find Mwatha or risked being accused for her disappearance. While finding her body was a major breakthrough, this did not remove the suspicion that they might have been involved in her death. As a result, police now found it necessary to make public the claim about abortion, as an act of self-exoneration.

On their part, when the human rights community found that Mwatha was missing, each member of the community immediately understood that this could have been any of them. The pressure for an investigation was an act of self-preservation. It was also a reaction to a long record of so many crimes of that nature, which had gone unresolved, leaving them with little faith in the ability of the police to resolve the current mystery. If they did not press as hard as they did, the risk was that the police would not be bothered to find Mwatha and this crime would go unresolved, like so many before. By pressing so hard, they created conditions where police felt compelled to share all the information they had, as a way of showing that they were working.

Shared all that information

There is one more reason why police shared all that information. While elites die mysteriously, just like the poor, they make no public accusation against the police, of the nature that the poor do. As the voice of the poor, police resent what they regard as the sanctimony of human rights defenders. Revealing all about Mwatha was an act of comeuppance at a sector that often accuses the police and who now had a rare chance to show that members of the sector do not merit the perceived superior moral claims that they assert.

The tragic death of Caroline Mwatha is a microcosm of so many things: how the poor and powerless interact with the law; the horrors of a poor reproductive healthcare system in which women as the main victims; how as victims of crime women always end up being blamed for the crimes that befall them; and, how a police service compensates for the erosion of public trust in its abilities.

- The writer is the Executive Director at KHRC. [email protected]

KQ takeover of airport must not expose the nation

If this trend is maintained, there is no reason why KQ should not truly become: The Pride of Africa