A case filed by former Nairobi Governor Mike Sonko before the Supreme court challenging his impeachment will proceed.

Judges of the top court rejected an application to strike out the appeal as it had been filed out of time.

Deputy Chief Justice Philomena Mwilu, Justices Smokin Wanjala, Njoki Ndungú, Isaac Lenaola, and William Ouko dismissed an objection by the Nairobi County Assembly, Senate, Attorney General, and the Independent Electoral and Boundaries Commission (IEBC) who argued that Sonko had filed his appeal a month after the Court of Appeal dismissed his appeal.

According to the judges, Sonko filed his papers on April 4, four days after the Court of Appeal dismissed his case. However, he sat on the printed copy of the appeal for one month and filed the same on May 20. The court found that although he never explained why he did not file the physical copy alongside the electronic one as required by law, it would not punish him for it.

The indictment by the Court of Appeal threw his political future into disarray.

The law stipulates that a person who is removed from office for violation of integrity cannot hold any other public office. The judges found that Sonko breached the trust of the electorate who overwhelmingly elected him as governor.

According to them, he signed a deed of transfer to allow Nairobi Metropolitan Services to serve Nairobians but he subsequently sabotaged the entity’s operations by refusing to facilitate NMS with the relevant documents to kick start its operations.

In his appeal, he argued that senators voted without evaluating the evidence against each count leveled against him.

Sonko served as governor until December 17, 2020, when he was removed from office through impeachment. Aggrieved he challenged the decision before the High Court in Nairobi. 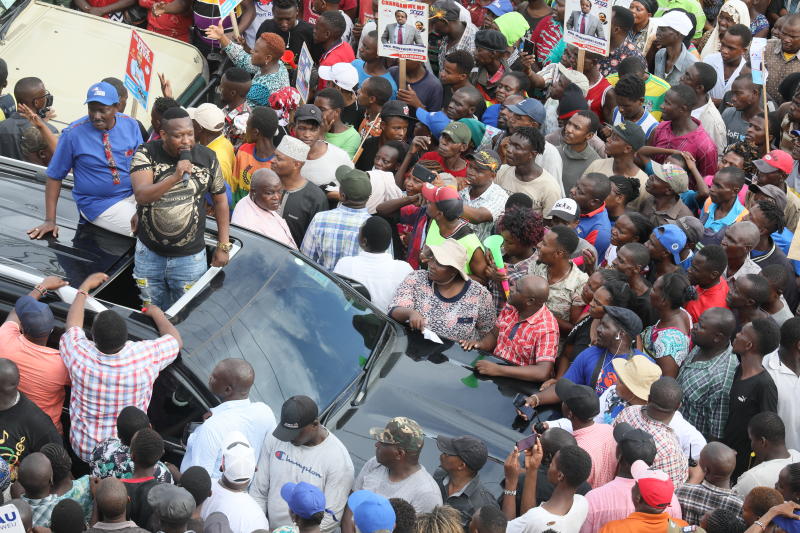 Premium Sonko's political storm descends on Mombasa
Sonko has the uncanny ability to show up at the most opportune time and though he may have come into the race late, he has proven from history that he has the legs to last the race.
Politics
By Daniel Wesangula By Daniel Wesangula
4 months ago
.