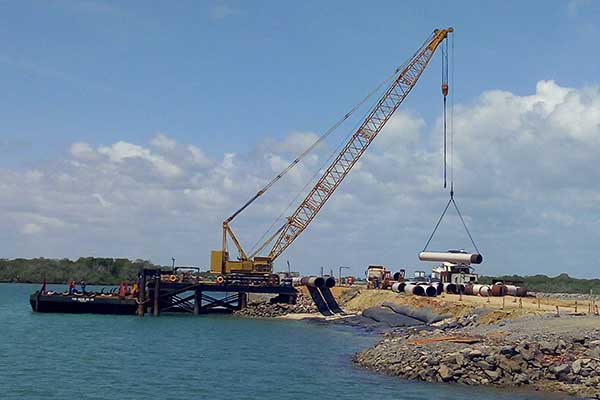 A Chinese company involved in construction works at the Lamu port has halted its operations.

Officials of the China Communication Construction Company, who asked not to be named, said the suspension of works was temporary.

In a letter to workers seen by The Standard, the firm said that operations would resume next Monday and that workers should wait to be recalled. The move comes days after a terrorist attack on a military base used by Kenyan and US forces on the island.

Sources indicate that workers are reluctant to leave their living quarters inside the port and want the firm to pay them risk allowances. It is also believed that the firm may be seeking some guarantees from the State to continue with operations.

Lamu Port General Manager Engineer Abdullah Samatar said the government had given assurances that all key installations would be adequately secured.

“Consultations are currently underway to ensure that the suspension of works is lifted immediately after we provide our contractors with the security assurances that they need to continue with the construction,” Mr Samatar said.

All 170 aboard Ukrainian Boeing 737 dead

By Philip Mwakio and Willis Oketch | 9 hours ago