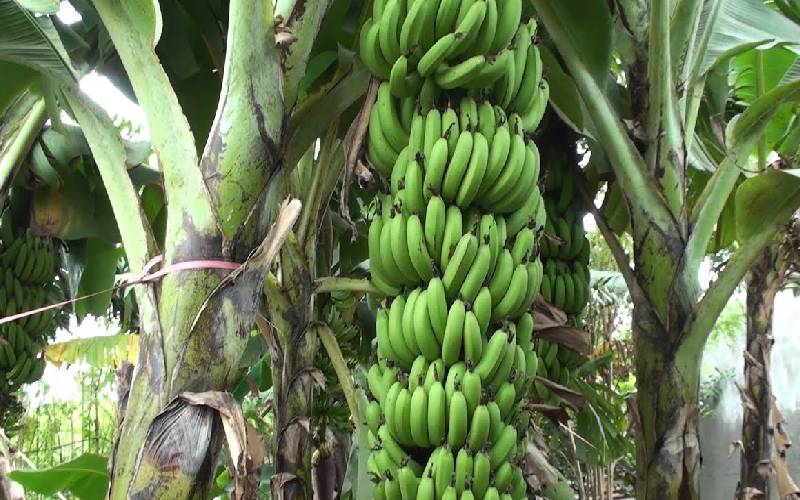 According to Agriculture Executive Davis Mwangoma, the factory will be built on three acres at the new market site in Taveta.

The project is partially financed by the European Union, which has given Sh110 million, while Governor Granton Samboja’s administration is contributing the remaining Sh6.5 million.

The plant will also include a cold storage warehouse for ripening bananas.

According to the county official, 55 per cent of the works at the factory will be a ripening chamber while 45 per cent will process flour, chips and jam.

“The construction of the multi-million-shilling value-addition plant will commence in April at the new market in Taveta,” said Mwangoma.

The factory is projected to boost banana farming in Taveta where farmers produce an estimated 35 to 60 tonnes per acre annually.

A report by the county says there are 5,139.79 acres under banana plantation in Taveta, but farmers complain of low earnings as the produce trades at Sh5 per kilo during off-peak season.

“Apart from not getting value for their produce, poor market linkages coupled with wastage due to traditional post-harvest methods have plunged most farmers into poverty,” said the executive.

According to him, the plant will be completed by 2023 and will process the produce to meet international standards. “The industry targets to process at least four tonnes of bananas daily, we are already sourcing for a ready market for the finished products,” said Deputy Governor Majala Mlagui.