Mombasa Governor has been arrested and detained at the Nyali Police Station.

Ali Hassan Joho was arrested after a confrontation over alleged land grabbing.

Tension is high at the station.

The vocal governor stormed the station demanding release of seven County Inspectorate officers who were apprehended while carrying out demolitions, leading to his arrest.

According to Joho, the police boss was working with other police officers to grab public land.

He, however, noted that police were working on orders from above.

"I have established that the Police Commander here and his officers here are simply trying to aid someone to grab public land,” said Joho.

The ODM Vice Chairman and National Super Alliance leader (NASA) has later been released after the incident. 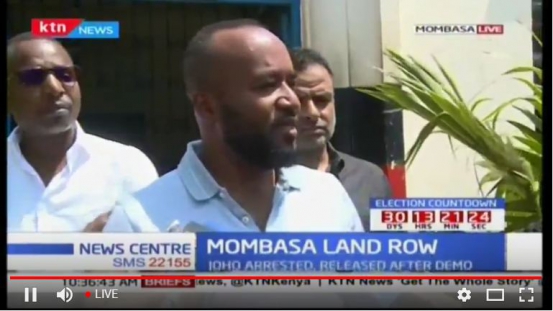 Kenya Commercial Bank won the third round of the National Sevens Circuit after crushing Top Fry Nakuru 29-5 on Sunday 24 September 2017 to clinch the Prinsloo Sevens bragging rights for the fourth time.