VOI: A former Embu OCPD whose body has been lying in a Mombasa mortuary for one year due to a protracted court battle over his property by the family will be buried next week at his Mwabwalo village in Taita Taveta County.

Family members disclosed to The Standard that the body of Nathan Nyange Mwangemi that had been lying at the Pandya Hospital mortuary following a High Court injunction stopping the burial on May last year has been transferred to Wesu Sub County Hospital mortuary in Taita-Taveta County on Thursday.

The High Court in Nairobi had earlier allowed the release the body for burial but his family was not able to pay more than Sh1.2 million accumulating medical and mortuary preservation fees.
Milimani Law Courts Family Division High Court Judge Lady Justice Lydia Achode released the body for burial following the court battle over who should burry the former OCPD.

"It is hereby ordered by consent that the remains of the deceased are hereby released to the following three persons for burial: Dawtone Nyange Mwangemi (deceased’s brother) of identification Number 0019101 and Lily Chemtai Chemweno (applicant) and Agnes Mwero Nyamvula (respondent) who are both the deceased’s wives.

"That the burial shall be at Mwabwalo village in Wundanyi division, said the ruling issued on February 16 this year," said the order.

"Take notice that if this order is disobeyed, an application shall be made citing you and other person (s) so disobeying for contempt of court seeking therein your detention and person(s) together with other remedy," said the penal notice.

The notice obtained by The Standard was certified as true copy of the original.

On Friday, the family members confirmed that the medical and mortuary fees had been cleared and the body transferred to the county to facilitate burial.

A close relative to the deceased who declined to be named said the government had paid over Sh850,000 while the family deposited a title deed of the family farm valued at over Sh320,000.

"The family is meeting today (Friday) to plan for the burial ceremony to be held later next week. We will raise funds later to clear with the hospital authorities so as to get back the title deed," said the deceased cousin.

Taita OCPD Benjamin Muhia when contacted for comment said they were still waiting for a signal from Embu Division Police Headquarters on the way forward. "Once we get the signal from the deceased former station we will prepare the ground for the burial," he said.

At one time the High Court issued an Order at the mortuary to one of the deceased wives and police officers were preparing to collect the body for burial.

Hundreds of mourners were thrown into confusion after the High Court stopped the burial of the senior police officer following fierce wrangles over his property.

The villagers had dug the grave where the former OCPD would have been laid to rest.
Family and relatives had hired tents, seats and sound system anticipating the arrival of the body from Padya Hospital Mortuary where the body was persevered.

Mourners from upcountry who had also arrived for the burial ceremony were left stranded as they made hasty plans to go back after realization that the burial was no more.
The police and villagers said one of the wives had gone to the mortuary to collect her husband's body only to be served with the high court order stopping the burial until the issue of inheritance is determined.

"The grave where the former OCPD would have been laid to rest was complete including the guard preparation parade at the time the Court Order was issued to one of the wives at Pandya Hospital mortuary," said Mr Muhia in earlier interview.

Mwabwalo village elder Higginson Kuligha said the villagers supported the High Court Order stopping the burial stating that there was need to resolve all rows relating to property before the deceased was laid to rest.

"We also sat and agreed that the burial has to be stopped until contentious issues like property and inheritance is determined. We want justice to be done to all," said the village elder in an earlier interview.

Speaking after chairing a meeting at the home of the deceased, Mr Kuligha said the deceased had left several sons and daughters from different mothers who also require inheritance.
"We know the deceased’s wives and children and nobody should not be deprived of her or his property," he said.

A new dawn for south western counties in Kenya

On 13th to 15th April 2016 Members of county assembly from the south western Kenya (Homabay, Kisii, Siaya, Kisumu and Migori counties) together with county clerks, young people and civil societies met at tourist hotel in Homabay County for the launch of the south western Kenya inter-county sexual reproductive health and rights MCA champion network held by an organization known as Network for Adolescents and Youths of Africa (NAYA-KENYA). 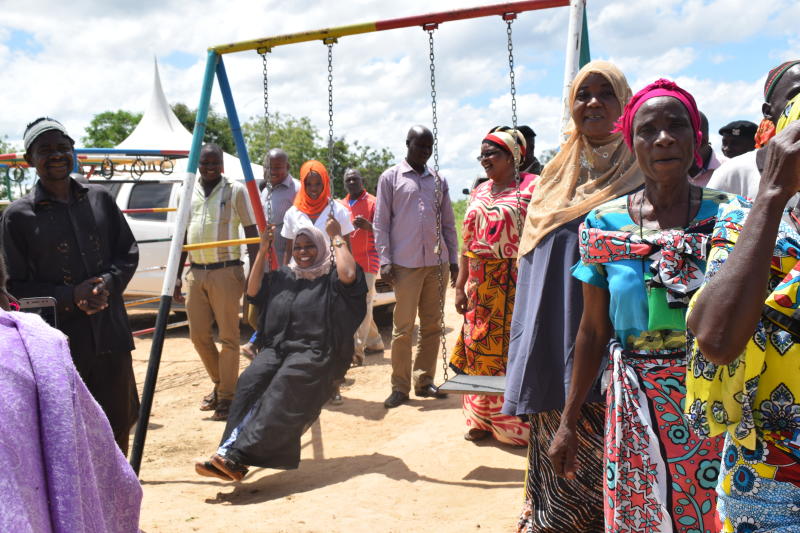 Kwale race intensifies as Salim Mvurya drums up support for his deputy
;
Feedback