Ms Karua who was accompanied by a section of leaders from Mt Kenya, gave Azimio’s ten-point agenda for Kenya during a tour of Nyandarua County. The Narc Kenya leader was hosted by governor Francis Kimemia, who pledged to rally residents behind Azimio. Karua claimed that Kenya Kwanza Alliance leaders have questionable integrity. She addressed residents during stopovers in Ndaragwa, Mairo Inya, Ol Jororok, Ol Kalou and Kinangop.

“If you look at our competitors, what stands out about them is a trail of graft in whichever role they have ever held. Do not vote blindly without interrogating their integrity,” she said.

“If you elect these corrupt leaders, there will be no finances to deliver even the basic services to you. Let us elect a team that will get us where we want to be as a country,” she added.

She noted that the political tide in the region had changed and urged residents to vote for Mr Odinga saying the country and its resources will be in safe hands.

“Raila and I have fought for interests of Kenyans while in and outside government. At times, we have been more vocal defending the ordinary man than those in government,” she said.

Karua assured the region that their interests would be catered for under Mr Odinga’s presidency citing some positions that have already been assigned to Mt Kenya leaders. She described Agriculture Cabinet Secretary Peter Munya as workaholic and lauded him for introducing reforms in the tea and coffee sectors.

“Mt Kenya’s interests are in agriculture and business. Munya will be retained at the Ministry of Agriculture with added roles in Trade. He has already streamlined our key sectors,” said Karua.

She vouched for counties specialising in production of one product saying this would go a long way in reviving the economy.

“I am for one county one product. This is the way to create industries in every county which shall create jobs for the youth. We shall create synergies which shall jointly drive our economy to compete with developed countries,” she said. Karua was nominated as Deputy President and would also take over the Justice and Constitutional Affairs docket.

“With me holding that position and what will come after, we have nothing to worry about. It is not new to Kenyans that when I am in an office, I mean business for the people I serve,” she said. 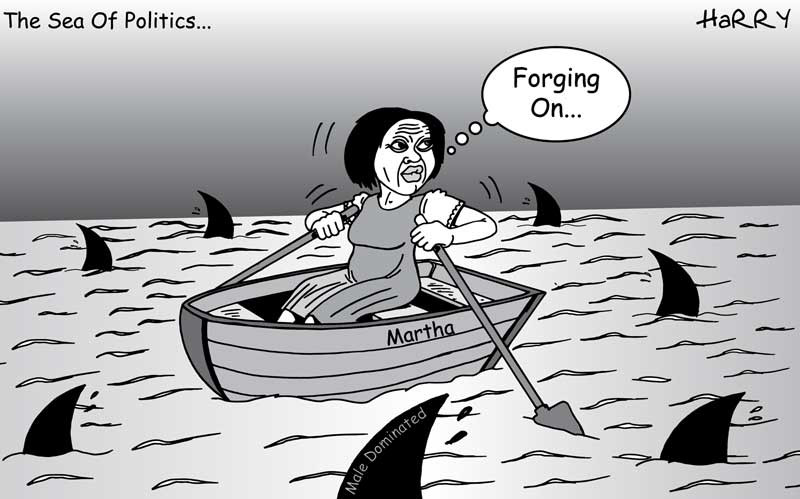 By Fidelis Kabunyi 1 day ago
Inside Wamatangi's manifesto for Kiambu