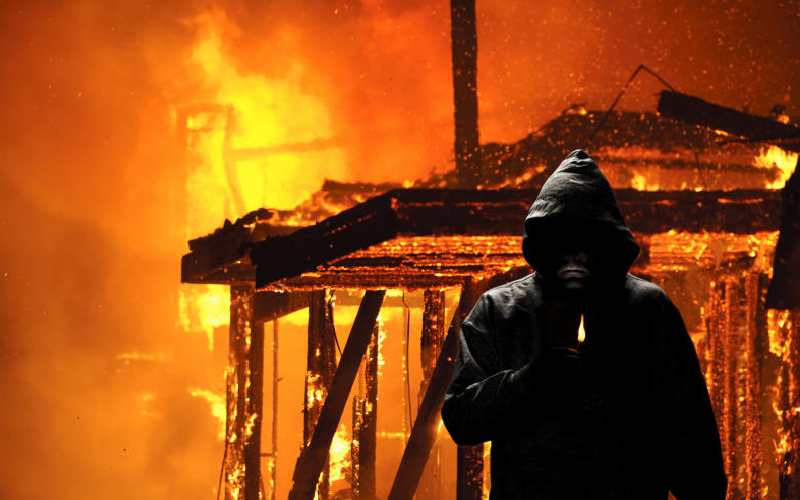 A former university student has been found guilty of killing his lover.

Marcel Jumanne Dalance, who is awaiting a probation report before sentencing, was found to have had a hand in the death of Faith Vicky Owuor on the night of July 10 and 11, 2014 in Juja.

Dalance and Vicky were First Year students at the Jomo Kenyatta University of Agriculture and Technology (JKUAT). The two shared a room in Alpha House – one of the many hostels outside the campus.

It was here that Vicky died in a fire her lover claimed was caused by an electrical fault. Dalance's alibi was that he was with two friends when the incident occurred.

But this was no accident as shown by an SMS Vicky sent her friend Mildred Owando, a Fourth Year student at the University of Nairobi.

“Tables zimeturn (the tables have turned) Marcel and I are done for good. Wha, vitu zimekuwa moto, nitakwambia story, anataka kuniua (Wah, things are hot! I will tell you the story, he wants to kill me),” she texted Owando.

This was a vital thread in the prosecution's case that compelled Justice James Wakiaga to find that Dalance was linked to Vicky's death.

"The victim's dying declaration further proved circumstantial evidence linking the accused to the death and irresistibly point to his guilt. I have looked at the accused person's defence in which he attempted to raise an alibi defence to the effect that he was not with the deceased at the time when the fire broke out and that he only came back and found the room on fire.

"However, it is clear from the evidence tendered that the accused was unable to account for his whereabouts from 10pm, when he parted ways with defence witnesses two and three,” ruled Justice Wakiaga.

The State called 13 witnesses, who included fellow students and Vicky's relatives. It was police investigator E Mwangangi's testimony that the suspect's account of what happened did not add up.

The court heard that Dalance told Mwangangi that Vicky's mobile phone got burnt yet he still had it. The suspect claimed he had left his lover making tea yet the kettle was not on, and a gas cylinder had not exploded.

The investigator also determined that the position of Vicky's body showed she had not attempted to escape from the burning room. This, he concluded, meant she had been killed before the room was set on fire

Senator Kibiru: I have not replaced Kang'ata in coordinating BBI