Over 10 MCAs, MP chased away from Uhuru’s function in Nyandarua 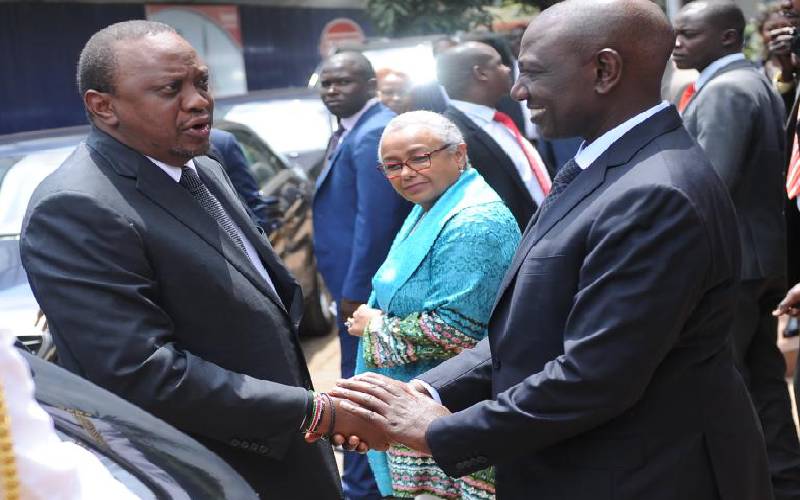 Drama ensued at Nyandarua County Commissioner’s office in Ol Kalou town after several MCAs allied to the Tangatanga wing of Jubilee party were chased away by security officials minutes before kickoff of a presidential function.

The more than 10 MCAs were to sit at the dais set aside for them when security officers confronted them and ejected them out.

According to them, they were accused of siding with Deputy President William Ruto.

"We had entered the venue waiting for the President to arrive when we were confronted by four men. They ordered us to leave saying that we belonged to Tangatanga. We are waiting for further directives here outside," said Chief whip Kamau Gathungu.

Ol Kalou MP Ken Mukira who was also ejected out of the function wondered why he was being chased away and yet he was the host.

"This is very unfair to me to be chased away and yet I am the host. We are waiting for the governor to give us directions" he said.

All this happened as President Uhuru Kenyatta was on his way to Rurii village to issue tittle deeds before proceeding to the county commissioner’s office.