Scouts from all over the world mark Founders Day in Nyeri 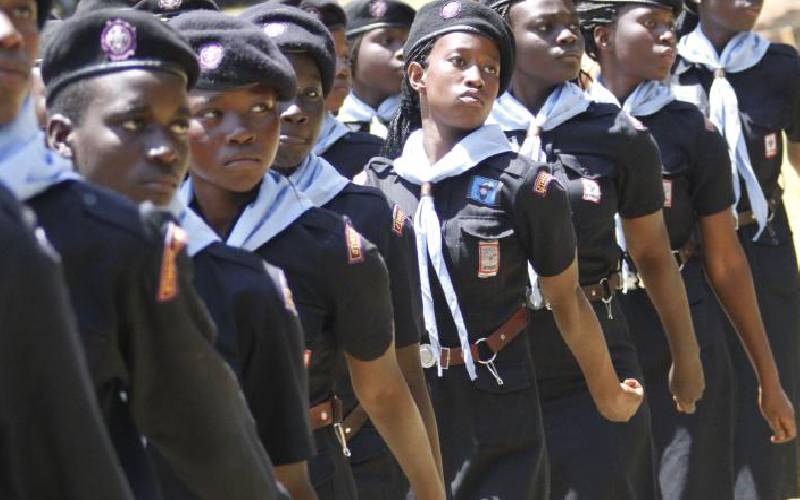 More than 1,000 scouts from all over the world attended this year’s Founders Day celebrations in Nyeri County as political leaders called for the organisation to be more inclusive in their programmes.

The scouts, who have been camping at Kabiruini grounds for a week came from all over the country as well as the US, Denmark, Britain, Rwanda and Tanzania. The Scout Movement Founder Lord Robert Baden Powell started the organisation 162 years ago and each year, scouts visit his grave in Nyeri.

County Scout Commissioners Forum chairman, Victor Radido, said the movement was pushing for a more international outlook when it comes to celebrating Founders Day. This is after the movement officials devolved the celebrations to county level and reduced the number of scouts making the pilgrimage to Nyeri. “We want to appreciate attendance of our fellow scouts from various countries from across the world. This gives the function a more international outlook,” he said.

Governor Mutahi Kahiga, who was chief guest, said the movement had been consistent in instilling discipline, confidence, courage and patriotism in young people.

Area MP Ngunjiri Wambugu said Nyeri was uniquely placed to support the scouting movement. “Nyeri is home of the scouts but we should remember that the late Baden Powell also had a close relationship with South Africa and the UK."

Tray of 30 retailing at Sh200 in Nairobi and environs from Sh260 six months ago.

By James Munyeki and Gilbert Kimutai | 1 day ago

By Wainaina Ndung'u | 2 days ago

So close yet so far: Murang'a hope for presidency dimmed
;
Feedback