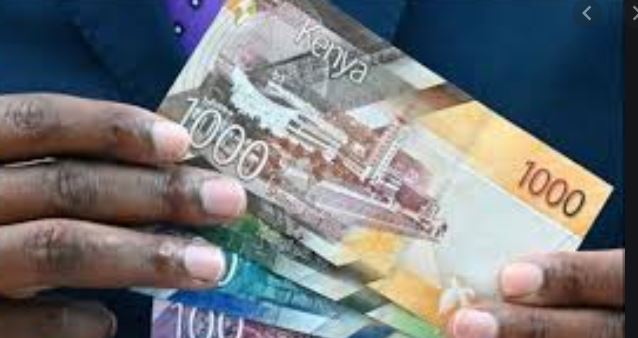 NAIROBI, KENYA: The Central Bank of Kenya has retained for the second time in a row its key lending rate at 7.0 per cent.

On Thursday, CBK’s Monetary Policy Committee noted that the package of policy measures adopted since March against the effects of COVID-19 were having the intended effect on the economy.

The committee said it will continue to closely monitor the impact of the policy measures so far, as well as developments in the global and domestic economy, and stand ready to take additional measures as necessary. In this regard, the Committee decided to reconvene within one month.

“The committee noted that the package of policy measures adopted since March were having the intended effect on the economy, and will be augmented by the announced fiscal measures,” the Monetary Policy Committee (MPC) said in a statement.

In line with the emergency measures announced by CBK on March 18 to provide relief to borrowers, the repayment period of personal/household loans amounting to Sh199.1 billion (25 percent of the gross loans to this sector), had been extended by the end of May.

Total loans that have been restructured are worth Sh679.6 billion and accounted for 23.4 percent of the total banking sector loan book of Sh2.9 trillion.

“These measures have provided the intended relief to borrowers,” CBK said.

“The banking sector remains stable and resilient, with strong liquidity and capital adequacy ratios. The ratio of gross non-performing loans (NPLs) to gross loans stood at 13.0 percent in May, compared to 13.1 percent in April. Repayments and recoveries in the trade, manufacturing, and real estate sectors were noted.”

Following the weak performance of exports in April, a significant rebound was observed in May and so far in June. Exports of goods improved by 4.1 percent in the period January to May 2020, mainly driven by tea, horticulture, and re-exports. In particular, the volume of tea exports increased by 23.5 percent. Horticulture exports are almost at normal levels, mainly due to a pickup in demand and easing of supply restrictions in key destination markets, and increased cargo capacity.

“As a result, receipts from tea and horticulture exports increased by 15.2 percent and 22.7 percent, respectively, in May 2020 compared to May 2019. Remittances recovered in May to USD258.2 million from USD208.2 million in April. Nevertheless, services exports were subdued due to the adverse impact of the pandemic on tourism and air transport services. The current account deficit is projected to remain stable at about 5.8 percent of GDP in 2020.”

The survey indicated improved optimism, attributed to the supportive measures rolled out by the Government including the Economic Stimulus Programme, the commitment by the Government to payment of pending bills, improved weather conditions, and the commencement of reopening of some of the key trading partners’ economies.

The Committee noted the fiscal measures announced by the Government in the Budget Statement for FY2020/21, to stimulate the economy and cushion vulnerable citizens and businesses from the adverse effects of COVID-19.

In particular, the Economic Stimulus Programme targets to support the growth of key sectors of the economy including agriculture and food security, infrastructure development, tourism, manufacturing, education, health, information and communications, and the MSMEs.

The Committee welcomed the positive impact of the emergency measures announced by CBK on March 16 to enhance the usage of mobile money transactions and welcomed the extension of these measures on June 24. In particular, the measures facilitate official and personal transfers to vulnerable households.