Time to walk the talk, legalise growth and use of marijuana

The Standard Insider
By Allan Mungai and Boniface Mithika | Apr 24, 2021

The debate to legalise marijuana in Kenya is hot and has turned too emotive even for Parliament to touch.

There have been several attempts, at least four, to introduce legislation in Parliament to regulate the use of weed in Kenya for various purposes.

Narok Senator Ledama Olekina last year suggested that the law should be amended to declassify cannabis as a narcotic and allow it for medical use.

The late Kibra MP Ken Okoth had filed a notice in the National Assembly introducing the Marijuana Control Bill 2018 to decriminalize the use of marijuana.

Okoth’s motion had proposed the establishment of a Marijuana Control Council that would register and license growers, producers, manufacturers, and users as well as spearhead research on marijuana.

In his letter to the National Assembly Speaker Justin Muturi on September 21, 2018, Okoth had reasoned that the government could regulate the growing and safe use of marijuana.

Its legalisation, he had said, would allow for the release of all convicts of marijuana use and distribution and guard against illicit use by children.

“The proposed Bill seeks to ensure there is regulation for growth and safe use of marijuana and hemp including the registration of growers, producers, manufacturers and users with special focus on the protection of children from illicit use just as we do with tobacco and alcohol,” read the late MP’s letter.

The legislator had also wanted research and policy development on growth and use of marijuana and hemp for medical, industrial, textile, and recreational purposes “with a focus on the preservation of intellectual property rights for Kenyan research and natural heritage, knowledge, and our indigenous plant assets.”

Okoth had also believed that legalising marijuana would boost the economy and provide jobs.

“Progressive taxation measures for the marijuana industry to boost economic independence of Kenya and promote job creation along the full spectrum of the value addition chain for marijuana and hemp,” he had written to Speaker Muturi.

More recently, Dagoretti South lawmaker John Kiarie added his voice to the debate, which is gaining traction across the country and the world.

Kiarie, during a debate on the Crops Bill, 2019 suggested that it was time Kenya committed itself to legalising cannabis.

“This is for us to open our minds so that we reap from the benefits of a crop that is not affected by pests and diseases and is also drought-resistant,” the MP said on February 20.

Kiarie argued that legalising cannabis would diversify Kenya’s agriculture and the crop’s resilience and would, especially make it vital for the country.

He, however, drew a line at permitting the recreational use of the drug, insisting legalisation could be limited to medicinal and industrial use.

Parliament has, however, been reluctant to seriously consider any legislation legalizing cannabis.

“For now, they cannot do that because we politicians are hypocrites, we want to tell the church that we are saints. You know the church controls this country,” he said on Standard Group’s Spice FM.

“If you go against the church, you will not get votes. So, we cannot come out openly,” he said.

Cannabis advocate Gwada Ogot says there are economic reasons for the legalisation of cannabis.

Should Kenya embrace and promote the legal use of the drug, farmers and Kenya would earn enough to offset the country’s foreign debt.

He is, however, frustrated by the fake conservatism that has kept the discussion from getting the attention it deserves, especially in Parliament, where he presented a petition in 2018.

“In two years alone, more than 40 countries have enacted laws to give cannabis some form of legal status. That is hopeful.”

The calls for the legalisation of cannabis, known by many names — weed, herb, marijuana, pot or bhang — do not come in a vacuum.

There is a cannabis revolution going on the world over as countries relax laws limiting its use for recreational, industrial, and especially medicinal purposes.

In Africa — South African, Zambia, Lesotho, Malawi and Zimbabwe — have legalised the growth and use of cannabis to various degrees.

The South African constitutional court in 2018 legalised its growth and private use.

Malawi’s move came as the United Nations Commission on Narcotic Drugs removed cannabis from the list of the most dangerous drugs.

In October 2020, Rwandan parliament passed a Bill allowing the cultivation of marijuana for medical and commercial purposes.

Since 1961, the UN categorised cannabis alongside cocaine and heroin as dangerous substances that had no medicinal benefit and a high potential for abuse.

However, upon the recommendation of the World Health Organisation , the UN voted last year to reschedule cannabis and cannabis resin by removing it from Schedule IV of the 1961 Single Convention on Narcotic Drugs.

But the National Authority for the Campaign Against Alcohol and Drug Abuse (Nacada) says Kenya’s position on cannabis remains the same: it is a dangerous drug that must be prohibited.

Victor Okioma, the Nacada CEO said despite the UN resolution, Kenya supported the retention of cannabis plant and cannabis resin in both Schedule 1 and IV of the 1961 Convention.

“Kenya is at liberty to tighten its controls on cannabis or any other substance despite the global vote to delete cannabis from Schedule IV of the Convention,” Okioma said. “As such, all is not lost, the leash is still in our hands.”

Thanks to popular culture, cannabis is no longer a substance used only by reggae fans and Rastafarians.

It has become ubiquitous at parties and even on the streets as its use undergoes an image cleaning exercise.

The Narcotic Drugs and Psychotropic Substances Control Act classifies cannabis as a narcotic and prescribes tough jail terms and fines for its use and distribution.

According to estimates from the United Nations Office on Drugs and Crime, Kenya’s annual prevalence of cannabis use is estimated at 1.2 per cent (2016) among the adult population.

Comparatively, countries like Nigeria have higher estimates (10.8 per cent) or about 10.6 million cannabis users.

But cannabis is no way a budding industry in Kenya, it is thriving in the underworld with deep roots in the border regions of Moyale, Isebania and Mandera.

According to New Frontier Data, a cannabis research and lobby group based in the UK, Kenya has one of the highest cannabis consumption rates in East Africa.

The data released by the firm in 2019 shows that up to 3.6 million Tanzanians use cannabis. Kenya had 3.3 million users while Uganda has 2.6 million.

In 2020, Kenya recovered at least 10 tonnes of cannabis in incidents made public by the police.

In November 2020, the police seized one tonne of bhang in Moyale, but the amounts that are smuggled undetected or grown in the country are anecdotally higher.

Thanks to joint initiatives with Ethiopian authorities and tip offs from the public, the police are recovering higher quantities of cannabis than ever before.

Most of it is stashed in secret compartments in passenger service vehicles but some is ferried in police vehicles or even in ambulances.

Many people are in Kenyan jails for possession of cannabis.

Before he was released from a long prison sentence for the possession of six “stones” of bhang, Gaston January Stephen was facing the prospect of spending the remainder of his life in jail.

Gaston was arrested in June 2014 at a roadblock along the Loitokitok-Emali road in Kajiado County.

On him were six stones of bhang, which were valued at Sh3,000 on the street. He was charged with trafficking in narcotic drugs and pleaded guilty to the charge. Despite the admission of guilt, he was sentenced to life in jail and fined  Sh1 million.

Gaston, however, moved to the High Court to request the sentence to be reduced arguing that it was excessive and the magistrate had not taken into account that cannabis was solely for his own consumption.

Kajiado High Court Justice Reuben Nyakundi reduced the sentence to two years on account of it being harsh and excessive.

“It will be an absurdity of law and the principles of sentencing in our criminal justice system to sentence an offender to life imprisonment in addition to a fine of Sh1 million for trafficking in cannabis sativa with a street value of Sh3,000,” the judge noted.

But there is still a majority who insist that the debate on legalization of cannabis should not be had or considered.

Bishop Mark Kariuki of Deliverance Church said that cannabis can be attributed to a number of violent crimes such as robberies and murder.

“It will be wrong to pick anything happening in other countries and do it ourselves. We need to consider the results of such actions first,” he said.

“Marriages will break down and we will have more drug-induced violent crimes like murder and robbery.” 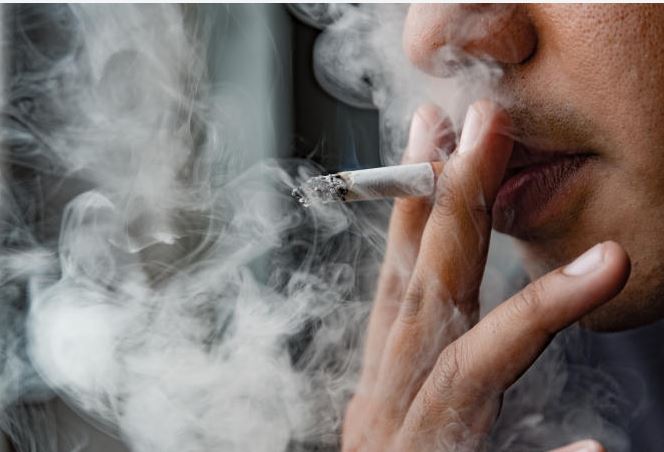 For long, American actor and television personality Whoopi Goldberg advocated for the legalisation of marijuana before she co-founded Whoopi & Maya, a medical cannabis company.

In 2015, Snoop Dogg, launched his cannabis brand, Leafs by Snoop in partnership with Canopy Growth Corporation. He became one of the top artistes to sign a lucrative weed contract.

Snoop publicly confesses to being a weed connoisseur has been supporting the cannabis legalisation movement.

Kenya’s radio co-host Mbusii and Lion have never shied away from endorsing cannabis and their stand on legalisation burns true.

“If you analyse it in relation to other legal recreational products, you’ll find there’s no reason to have it listed among the illegal substances by law,” said Mbusii.

A total of 17 states in USA have legalised cannabis for adult recreational use, and cannapreneurs – entrepreneurs in the cannabis sector – especially, entertainers are cashing in on this industry that is estimated to be worth between $150 and $200 billion.

Entertainer Snoop Dogg has a cannabis line, Leafs by Snoop, which was launched in November 2015 in Denver, Colorado.

It offers eight products and is the most recognisable cannabis brand.

Owned by James Howler, Cheeba Chews manufactures more than 50,000 pieces of its cannabis-infused candy each week.

The company has had to use an engineering firm to put the product into the packaging in conformity with Colorado regulations limiting dosing in the adult-use market to 10mg per serving.

Marley Natural is the official cannabis brand of Bob Marley, developed by his estate in conjunction with equity firm Privateer Holdings, which develops cannabis industry brands.