The 2017 election cycle has been unprecedented in many ways, with a historic annulment of the August 8 poll by the Supreme Court and an Opposition boycott of the subsequent October 26 re-run. For many months, Kenya’s businesses held their breath, waiting for the outcome of the presidential elections.

Just as businesses thought it was all over now that Uhuru Kenyatta was sworn in for a second term on November 28, Opposition leader Raila Odinga vowed to have himself sworn in as the ‘people’s president’.

Although Kenyans have seen a number of violent protests in response to the Supreme Court’s decision to dismiss petitions against Kenyatta, Control Risks expects relative political stability to return to Kenya and economic growth to pick up from early 2018.

The ruling triggered clashes between police and Opposition supporters, and tensions in Opposition strongholds in Nairobi and western parts of the country will remain high in the coming weeks. However, there are divisions within the Opposition National Super Alliance (NASA) coalition as demonstrated by Raila’s declaration that he would be the ‘people’s president’, only days after his fellow NASA leaders denied that this was their plan. In addition, election fatigue among the public means that demonstrations are unlikely to be sustained beyond early 2018. NASA leaders and their supporters will face growing public pressure to end protests amid concerns about their disruptive economic impact.

Meanwhile, there has already been a sense of return to ‘business as usual’ in Nairobi in the past week. Nonetheless, Kenyatta faces a challenging start to his second term as the election period highlighted that national-level politics remains driven primarily by ethnic affiliation.

The historically low turnout in the October 26th presidential election re-run amid an Opposition boycott underscored that deep divisions remain between ethnic communities allied to either coalition. Although these are unlikely to pose an immediate threat to stability, Kenyatta will need to work to unite the ethno-regional divisions in the country to boost his legitimacy.

For 2018, the country’s economic outlook after this ‘return to normal’ seems promising, now that the election cycle may be coming to a close.

Kenyatta’s pro-business and pro-international investment approach is likely to continue in his second term, which bodes well for economic growth.

More populist policies such as the cap on bank’s interest rates are likely to be reviewed, while the country’s early oil production scheme will likely restart in coming months with increased vigour. The economy is expected to grow by 5 er cent according to the IMF, and the Government is confident of seeing gains in agriculture following the end of a region-wide drought.

Meanwhile, the tourism sector which is usually hard-hit by political uncertainty, saw a 10 per cent increase in tourist arrivals in the past year.

In addition, despite the political uncertainty in the past year, Kenya ranked third in sub-Saharan Africa in the World Bank’s Ease of Doing Business 2017 index, climbing 12 places and finishing at 80th out of 190 countries globally.

This is Kenya’s best performance on the index in over a decade and reflects that reforms to streamline Government bureaucratic processes and reduce waiting times for investors are taking effect.

However, the Government’s focus on infrastructure investment is likely to come under pressure from the need to repay rising levels Government debt which represents 56.4 per cent of GDP. In addition, the administration is unlikely to be able to root out endemic corruption given the vested business interests of some politicians. These factors will work to dampen economic development in the coming years unless serious reforms are undertaken to both decrease the Government’s reliance on commercial debt and prevent the diversion of funds due to corruption.

For international investors, this outlook means they could and should pick up their investments plans for the region that have basically been on hold since summer 2016.

However, in the short term, it will be important to keep a close eye on the activities of NASA, especially its campaign to boycott domestic companies perceived to be allied to the Kenyatta administration and its attempts to form parallel governance structures such as its People’s Assemblies and Raila’s new pledge to be declared president. In the unlikely event that such campaigns are successful, this would undermine social cohesion and raise political tensions.

The Government response to the formation of parallel governance structures would likely involve heavy suppression by security forces, posing integrity risks to investors given the security forces’ reputation for disproportionate use of force against civilians.

In addition to the short-term security considerations, the rising Government debt should be of concern for investors given Government plans to raise a second Eurobond in the coming months.

According to the Central Bank of Kenya, public debt had risen by more than 25 per cent in the past year, to USD 43bn. A significant amount of the Government’s commercial debt will mature in 2019, making 2018 a crucial year for the country’s economic performance.

- The writer is an analyst at Control Risks’ Nairobi office. 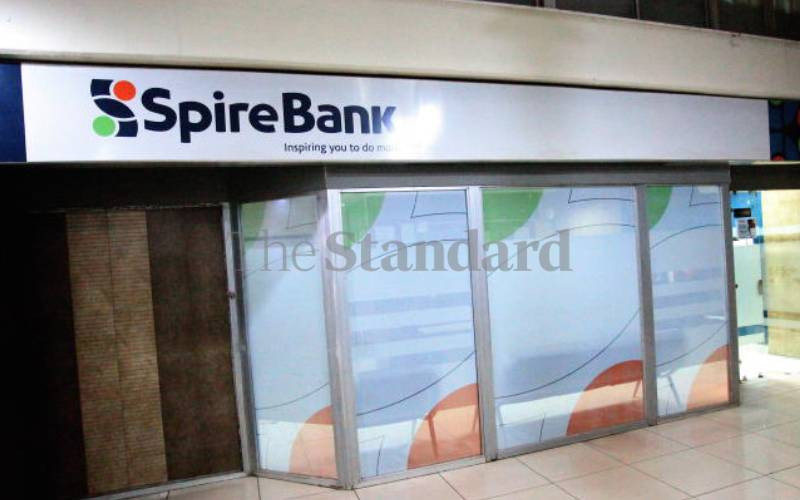 By Ojepat Okisegere 1 hour ago
Opinion
Europe is misleading the world; pesticides are not killing bees