Landlord waives rent for tenants as he shuts down town building 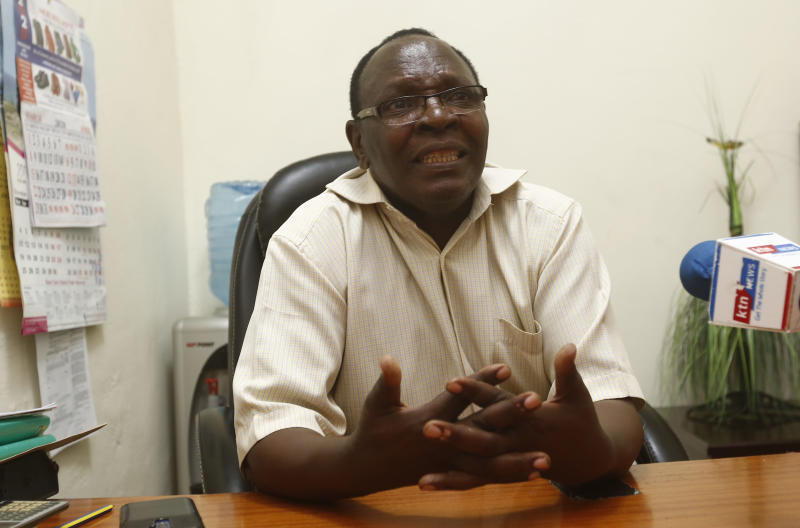 A businessman has waived rent for tenants occupying a commercial building in Nakuru town.

The move will help them cope with the economic impact of Covid-19 and reduce their risks of infection.

William Mureithi (pictured), the owner of Wilmur Building, on Tuesday issued a notice to his over 50 tenants indicating that the premises will remain closed starting today.

The building, which is located on Nakuru’s Kenyatta Avenue within the CBD, houses banks, saccos, law firms, a college, insurance and real estate companies, an adult education centre and a handful of business stalls.

“Wilmur Building will be closed from March 26 until further notice. April rent has been waived,” read a notice prominently displayed on the building.

In an interview with The Standard, Mr Mureithi explained that he was skeptical when he issued the notice fearing that his clients would take it negatively as an attack on their businesses.

He added that this would at the same time have a financial implication on his side, as he has now given up on a huge chunk of his rental income.

“As I issued the notice I was not sure how the tenants would react as this would affect their businesses. Closing the entire building comes with a huge cost both on my tenants and myself,” he said.

He noted that majority of the tenants continued to run their businesses since they had rent to pay at the beginning of every month.

“It is not that people are not worried about getting the virus. It is the fear of where to source rent that has made them continue operating normally. Having waived rent, they can now get reprieve until such a time when it shall be safe for them to reopen,” he said.

The landlord added that he was not only worried about his own health, but also that of his staff and tenants, who are his source of income.

In addition to the waived rent, Mureithi who has interests in real estate, has also sent his staff on indefinite leave during which time he will pay their dues fully.

Poor States between a rock and hard place on Covid-19