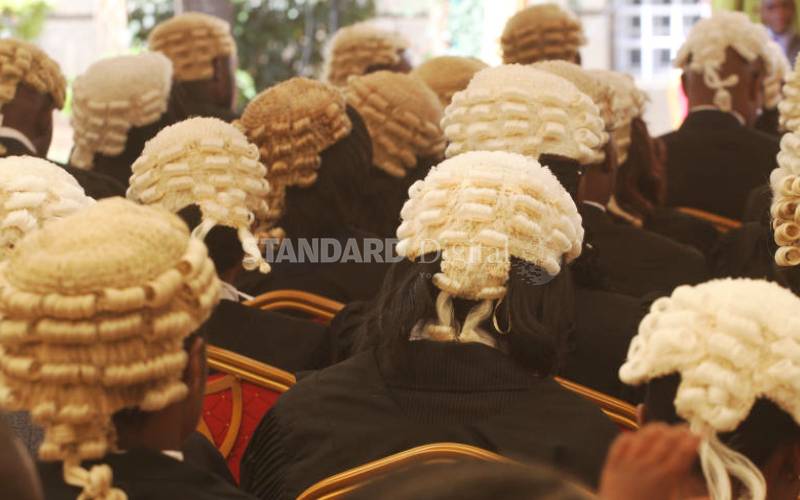 Parliament has stepped in to ease the Judiciary’s money woes following its revision of budget allocations in the draft Budget Policy Statement 2020.

The National Treasury had allocated Sh13.65 billion to the Judiciary for the 2020/21 financial year, which the National Assembly raised by Sh4.35 billion.

Some key accounts, however, had their budgets slashed including the Consolidated Fund Services (CFS), whose allocation reduced by Sh5.8 billion to Sh574.6 billion.

MPs also cut allocation to counties from Sh317.5 billion to Sh316.5 billion in what is likely to inflame passions between the devolved units and Parliament.

Total government spending for the financial year was projected at Sh2.72 trillion down from Sh2.76 trillion in the draft.

During the official release of the State of the Judiciary and Administration of Justice Report 2018-2019, President Uhuru Kenyatta differed with Justice Maraga over the funding.

“We run an institution which is like a hospital. If you disguise yourself, Your Excellency, if you go to Kibera and Makadara, you will see the pain of the people. Some are extremely poor. If their cases are not heard, they are in great pain,” said Justice Maraga.

However, President Kenyatta asked the Judiciary to think out of the box. “When we propose tax measures to raise more money, the Judiciary is quick to issue an injunction. The same body is quick to say it is not properly funded to carry out its duties. The revenue is still the same and the cuts were meant for everybody,” he said.

“The government is ready to finance the Judiciary but you also need to think outside the box due to internal evaluation.”