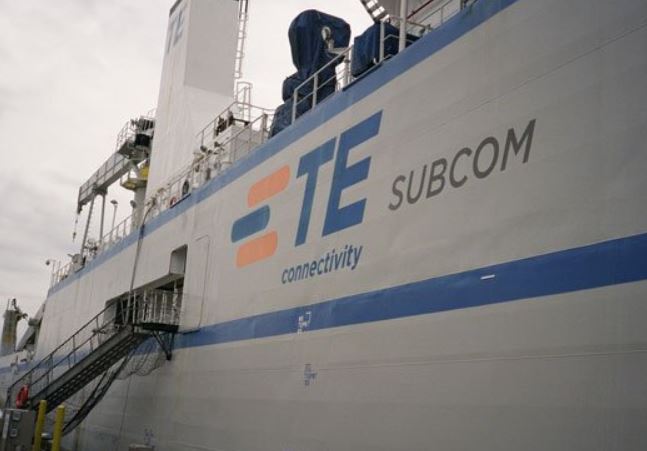 Unites States company SubCom which is laying East Africa’s largest sub marine cable-linking Djibouti to Mombasa, with two branches to Somalia, says the project is on schedule and will be ready for service in June 2020.

The cable landed in Djibouti last week and work is already underway with Mombasa being the final landing point for phase one of the project.

“We are on schedule to get this system ready for service in June 2020. This is a testament to our talented manufacturing team and our strong partnership with Djibouti Telecom and Somtel, and Telkom Kenya and we are looking forward to finishing the job,” The Vice President – Project Management at SubCom, Debbie Brask said.
However, it will take slightly longer for cable to link Somaliland.

According to sources, DARE1 and Somaliland government have stated the latter has to work out its internal policies before the cable is installed in the country.

“While access to the DARE1 system that delivers up to 30 Tbps of capacity would have been very welcome to our country we have policies in place that dictate on the process of availability especially through major participation by the government in Hargeisa,” said Dr Abdiwali Sheikh Abdillahi Suufi Somaliland Postal Services and Communication minister.

Therefore, the investors have decided to continue with the project excluding the Somaliland station as negotiations with the government in Hargeisa continue.

The ship, owned and operated by Subcom, resumed operation to install the DARE1 cable at the economic zone (EEZ), which is over 100 kilometers outside of the Somaliland coast.

“All misunderstandings have been resolved between the investors and Somaliland. Therefore, the ship will proceed towards Bosaso, Mogadishu and finally Mombasa tomorrow,” an official who did not want to be named said.

The 5,400-kilometer cable system dubbed DARE1 will deliver a capacity of 36 terabits of capacity to the region.
It is as a result of a partnership between Djibouti Telecom, Telecom Kenya, SubCom and Somtel, a telecommunication company that operates in the Horn of Africa.

The giant companies have been in negotiation over the few years configuring and designing the cable routes.
Telkom Kenya’s MD for Carrier Services, Kebaso Mokogi is excited about the cable landing in Mombasa in the coming weeks.

Mokogi said: “Telkom is excited to be the landing party in Nyali, Mombasa, with the DARE-1 consortium, considering the benefits it has in store for the country. This investment will offer diversity in the routing of traffic and will also provide for fibre continuity, cognisant of the risk at the high seas. The development of regional backbones such as the DARE-1 will also increase access to data in the region, with eventual gains being realized on cost for the end consumer.”

The two installation vessels are progressing on schedule and marine operations are scheduled to be completed in March 2020, whilst the ready for service (RFS) is scheduled for June 2020.

While the marine vessels and crews work to install the trunk and branches, installation is also underway on the land cable and terminal equipment that will be used for the DARE1 system.

"It is also aimed at guaranteeing companies and individuals access to the faster, secure and reliable internet connection," Mokogi said. "Revenues generated by the digital economy should reach US$23,000-billion by 2025, thanks to investments 6.7 times higher than those in other sectors."

Djibouti Telecom’s Director General, Mohamed Assoweh Bouh, said: “We are looking forward to the cable’s operationalisation later in June, this year, with competitive cross-connect and IP traffic transit costs between Djibouti, Somalia, and Kenya, including capacity development and skill transfer.”

He added: "We believe this cable system is crucial for the development of the East African region and we are impressed by SubCom's level of dedication and professional project management. We look forward to expanding [the cable system] into other regions and connecting it with other cables to increase accessibility in Africa and across the globe."

The cable will also connect to the global network via multiple cable systems in Europe, the Middle East, and Asia.

We found out from top money managers their tried and tested principles of growing money.

By Patrick Alushula | 34 minutes ago