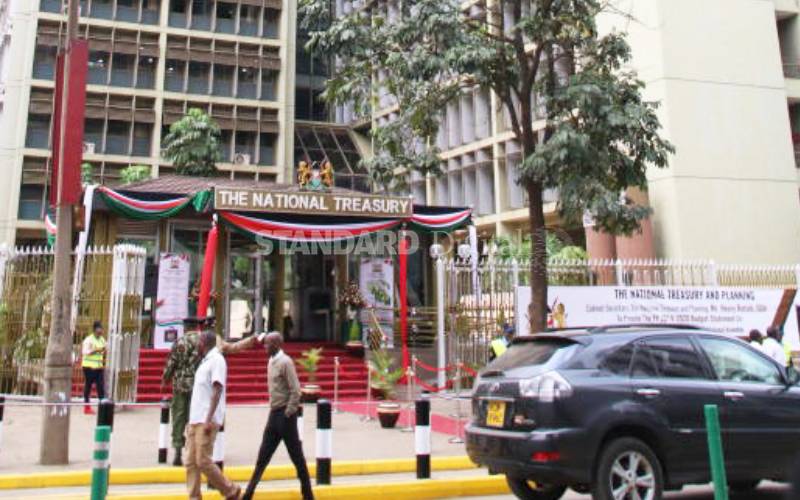 Acting Treasury Cabinet Secretary Ukur Yatani has made good on his directive to slash budgets for the Judiciary, putting to rest the controversial matter.

The Supplementary Budget tabled in Parliament yesterday shows the Judiciary has lost Sh2.9 billion in the reviewed spending plans, which granted huge allocations for the Standard Gauge Railway (SGR) project and the Health docket.

Nearly Sh29 billion has been set aside for SGR, whose construction has reached Suswa in Narok County, suggesting that the project might be extended.

Mr Yatani had earlier indicated that spending across all arms of government would be reduced, drawing protests from Chief Justice David Maraga.

Services in the Judiciary, including mobile court sittings, have been hampered over a lack of funds, the CJ said last week while speaking against the proposed cuts.

It is unclear what becomes of an interim court injunction that stopped the budget cuts for the Judiciary, pending the determination of a substantive petition.

Legislators emerged among the biggest losers in the Supplementary Budget after Yatani slashed their budgets by Sh8.5 billion.

He, however, increased the overall national spending plan by Sh80 billion from Sh3.08 trillion, meaning that he may have abandoned a promised austerity drive. It also means that the government’s prior plans to go easy on borrowing may not happen after all.

Kenya had planned to borrow more than Sh600 billion, according to the original Budget prepared by suspended Treasury CS Henry Rotich and read in June.

However, with the Kenya Revenue Authority falling short of its collection targets, the borrowing levels will need to increase, particularly in light of the reviewed spending plans.

Yatani had told The Standard in an interview last week that the debt levels were worrying, informing the need to restructure the country’s loans. Expensive loans procured from commercial banks and the international market through Eurobonds would be retired and settled using proceeds from cheaper funding sources, including development partners, he said.

The Water Department, which has attracted scrutiny over incomplete projects, including dams, was allocated an additional Sh7 billion.

The funds are to be spent on water projects and sewerage works, though it could not be immediately confirmed whether these projects justify funding through a Supplementary Budget. Ordinarily, such projects are long term, meaning they would have been planned for in the original Budget.

University education was among the biggest losers after its allocation was chopped by Sh2 billion, while Sh1.2 billion was cut from the Tourism docket. Another Sh5.6 billion was reduced from the Planning Department, whose role includes conducting the census.

President Kenyatta’s development agenda for manufacturing was boosted with Sh5.6 billion, channeled through the Industrialisation Department, while his housing pillar received an additional Sh445 million.

The Ministry of Energy was granted an additional Sh10 billion, completing the list of top five winners in the reviewed budget.

The Department of Public Works, whose role includes maintaining government buildings, got an additional Sh2.2 billion, while teachers were allocated Sh580 million.