This week, the government lost two major cases, one local relating to the Registration of Persons, programme popularly known as “Huduma Namba” and the second at the International Court of Justice (ICJ) on our maritime border with Somalia.

Coming soon after the devastating loss on the BBI constitutional amendment Bill at the High Court and the Court of Appeal, these losses demand serious reflection in the corridors of the AG Kihara Kariuki’s State Law Office.

It is shocking that despite overwhelming state resources, and some of our best legal brains, the government routinely loses cases, a hitherto unknown possibility in the days when Muthoni Kimani and others strode those bare offices with the meagerest of resources.

But my focus today is not an interrogation of these hallowed offices but on the devastating decision of the ICJ where we were judicially massacred by lawless Somalia. The decision did not come as a surprise. Anyone who has followed the goings-on at the Hague, including the refusal by Kenya to take part in the proceedings after its pleas to defer the case and to have Abdulqawi Ahmed Yusuf, a Somali national who was sitting as a judge in the case recuse himself were summarily rejected, would have known we were going to lose.

Indeed, Kenya had already given notice that it would not be bound by the decision by the time it was granted. The surprise is that we bungled the matter at a political and a judicial level leaving ourselves with no recourse but to join the league of rogue nations that defy international forums’ decisions. When around 2018, Somalia indicated that it was going to retract its informal acquiescence to Kenya using the latitudinal boundary and that it would insist on a southerly boundary, that should have sent danger signals.

By that time we were aware of the commercial aspects of the Somalia decision since we had discovered vast oil deposits in the contested area. We should have been aware of the history of foreign capital preferring to deal with war torn countries in Africa in the extraction of natural resources hence the preference for the disputed territory to be held by Somalia. Right from the beginning we should have applied the same approach that we used in the ICC case, investing in serious diplomatic initiatives incorporating the African Union, Igadd, Somalia’s Western allies and our own allies.

We had the best case, both in terms of historical acquiescence of the boundary by Somalia, the practice of other Africa’s coastal nations on similar matters and the justice of the case.

Somalia has the longest coastline in Africa and has no basis squeezing into Kenya’s meagre waters. For some reason, we took a laissez-faire “big stronger brother” approach assuming we could run roughshod over this “failed state”. Clearly, they were more street smart and have outsmarted us all the way.

That said, we cannot abide by the ICJ decision; the way the matter was handled including the rush to conclude it is inconsistent with the handling of delicate international disputes. Diplomatic solutions are always the preferred option.

We must engage the diplomatic gear we failed to employ aggressively and take our case to other more objective forums including the United Nations.

There is talk that Somalia has sought the assistance of its benefactors to “protect its territorial waters”. We must similarly engage like allies so that we escalate the matter and ensure that the international community aligns with our desire for a diplomatic solution.

Ultimately, the essence of nationhood is the protection of territory and on this we must not waver.

But honestly, we must learn to do better politics especially at the international level and not have to shout thief when the horses have long bolted. 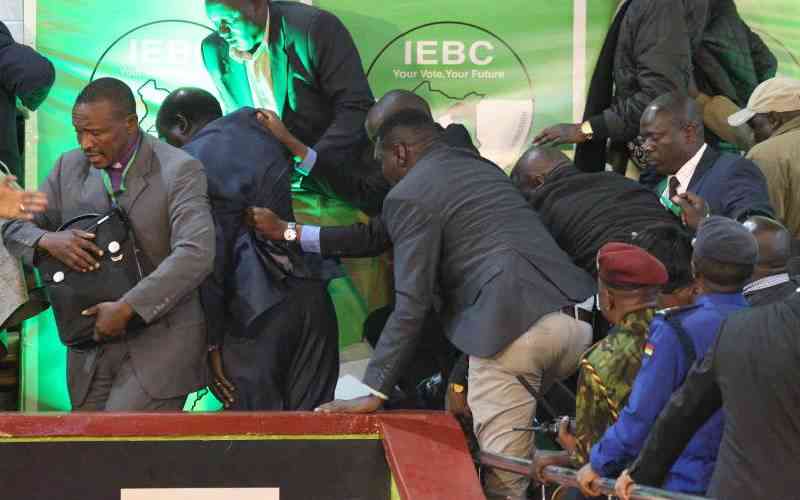 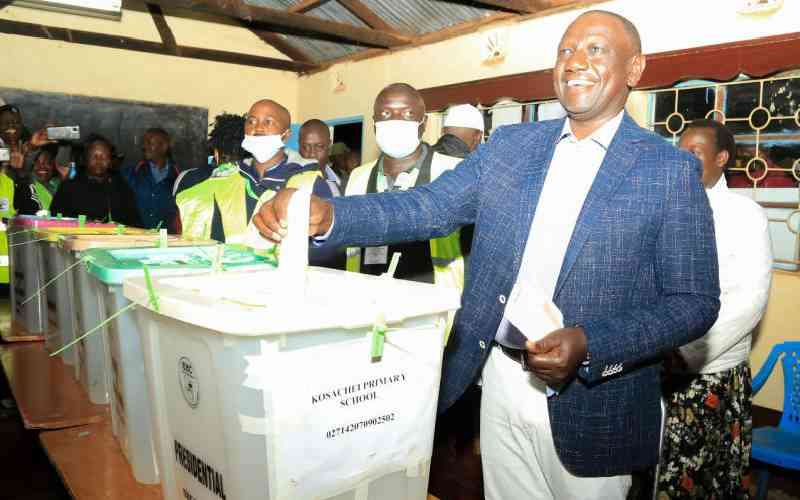 By The Standard Business 1 month ago
Kamotho Waiganjo
What if we separate vote for the president from other positions?