Grit: I rebuilt my business after a Sh20 million loss 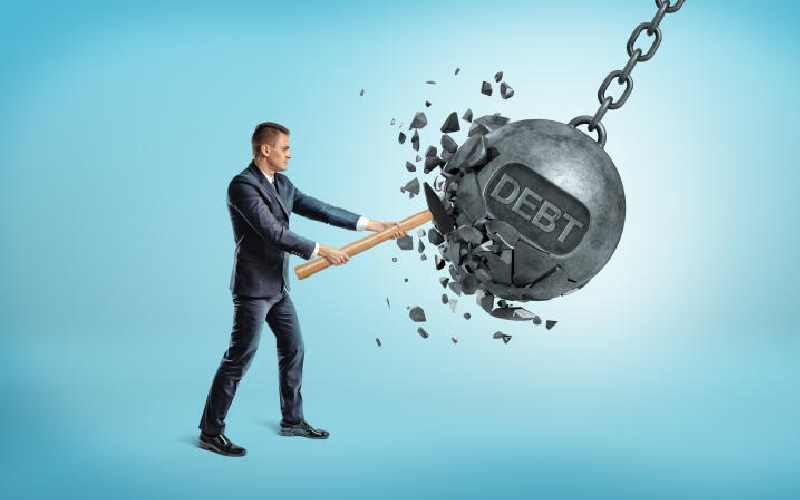 Ten years ago, Sarah Karingi lost a successful business to fire. A business that meant so much to her because she had built it up from scratch with her late husband. But with grit, she slowly rebuilt it into what it is now; Sarma Enterprises, a top market dealer in wooden doors, frames, flooring products among other construction materials. She also owns a consulting business; Global Networks Investment and is a co-director of Miles Ahead Investments, a women’s only firm that deals in real estate.

Tell us about the business that went up in smoke.

According to the power company’s investigation, it was a case of arson. All the electrical cables were intact. I would have given up trying to bring back a business that was worth Sh20 million before the fire. It was even sadder when I received Sh200,000 insurance compensation while we had insured the business for Sh10 million. Some told me to forget about it. But I like to think that my wedding ring inspired me to rebuild it. In one of my pensive moments, I looked at the beautiful rock on my wedding ring and I remember thinking that a piece of rock had gone through intense fire and was now the valued piece on my finger. I resolved that my business would do just that. And I restarted. Small this time. Restarting a business after failure is like a reviving a very sick person who needs to be taught how to walk or talk again. Only his willpower will see him through.

The hardest part of restarting the business was…

Financing it. Having lost everything, it is not easy getting anyone to put money in the business. Another challenge was having people believe that I, a widow, had what it took to restart the business. There were many times I was ‘advised’ to sell off the business by well-meaning individuals. Some even brought prospective customers looking for such a business.

Where did you get the capital?

I was not prepared to get loans to restart the business, so I relied on the trust people had in our business before it went up in smoke. Suppliers gave me items, including machine spare parts, on credit. An electrical engineer gave me a generator that we paid for in instalments. I am forever grateful for that faith in me.

Are you proud of what you have managed to do?

Yes, I am. Of the fact that I know my husband would have been proud of what I have accomplished. His vision was to grow the business. That vision is alive.

When did your interest in the world of business begin?

Let’s backtrack a little. I became a civil servant after completing university education in 1985. Then I was employed at the Treasury, then known as the Ministry of Finance. I was among the few women who were taken to different sectors of the economy back then. Despite what some may think was a high profile posting, my salary was only Sh5,000, and after taxes, this came to Sh3,500. I was taking care of other family members, not to mention that I had fallen pregnant while in campus. It is from such a small salary that I was able to feed, clothe, pay rent and even save a little to start my hustles. My hustles gave me more than my salary.

Around 1986, I began to buy foodstuffs at Wakulima Market to sell to my friends. Then I would buy secondhand clothes from Gikomba, again for resale. I reckoned that I could not go wrong with clothes, as they were non-perishable goods. I would buy a man’s shirt for Sh5 and sell for Sh20. My capital was Sh500. I would make profits that were more than my salary. I also learnt my first lesson in business.

That your friends will not be your best customers. Most of my friends would take the goods, promise to pay and then vanish. On the other hand, people you happen to meet randomly will be your best supporters. This was my first learning curve as a budding businesswoman.

Do you think it is harder now compared to back then to get a loan for capital?

It is very hard for someone to give you business capital. Even banks may not give you money to start a business. What if you don’t make any money? You can actually start with zero capital. In fact, you can even start with an idea, however small. For example, suppose a friend has a product he is trying to sell. You can offer to take photos, upload them on social media, offer to supply the goods to others and get the commission from your friend. On the other hand, you can give a small deposit to your friend, put some markup on the product and pay your friend the balance once the items have sold.

WHAT I WOULD TEACH YOUNGER ENTREPRENEURS…

Several times we consulted the wrong people to the detriment of our business. We lost money by consulting those who were robbing us.

If you are starting out, don’t get into a business you know little about. Take risks with money that you can afford to lose. I have a friend who lost Sh2.5 million because she did not understand the business and the risks involved.

Covid-19 has challenges and opportunities. I saw an opportunity where a friend was making and selling sanitisers. I connected the friend with a non-governmental organisation that was seeking such products. I made Sh700,000 making the connection.

A business is like a tree. A well-nourished tree will always produce new leaves as others fall off. There will always be new customers as others fall off. You must leverage on what you have. In my case, I have always had loyal employees. These are the ones who market you and talk positively of your business. Treat them well, engage them and apply their suggestions. One told me that if I bought a big generator we could use it when there was no power. I had not thought of that. Such an employee feels nice when their idea is implemented. They will serve customers with diligence. And these customers will also be your good ambassadors.

I started early. But Harland David Sanders started KFC in America at 65 years. However, starting young means that when you fail you still have energy to restart. That said, when younger people have the money, they want to live well, buy fast cars or expensive clothes rather than save. When we were young, we bought land slowly, sold it and bought more in prime areas. Back then, my friends laughed at me when I opted to live in Kiambu, sell some chickens and vegetables from a small garden and save for later. But if your heart is not in business don’t do it, there is nothing wrong with employment.

6.      Turn the loan into business as quickly as possible

Be disciplined and borrow only if you know what you want to do with the money. Do not borrow to buy expensive clothes or cars just to show off. Climb the tree from down up. Turn the loan into business as quick as possible. If the financier has told you to pay up in six months, pay up in six months, not in five months. If you borrowed Sh100,000 and your business is making Sh150,000, avoid the lure to pay off the loan at once. Some think that paying up earlier is a good thing. No; make more with the loaned amount while paying the stipulated instalments.

7.      Adjust according to circumstances

We had some piece of land where we initially wanted to put up offices. However, Covid-19 has shown that people are more online doing e-commerce and what they need are warehouses for their goods. So we will go the warehouses route. Make sure your business evolves with the times.

Previous article
The Sh5m-a-month deal that got away
Next article
Using personal savings as capital?

How to stay true to your business resolutions this year