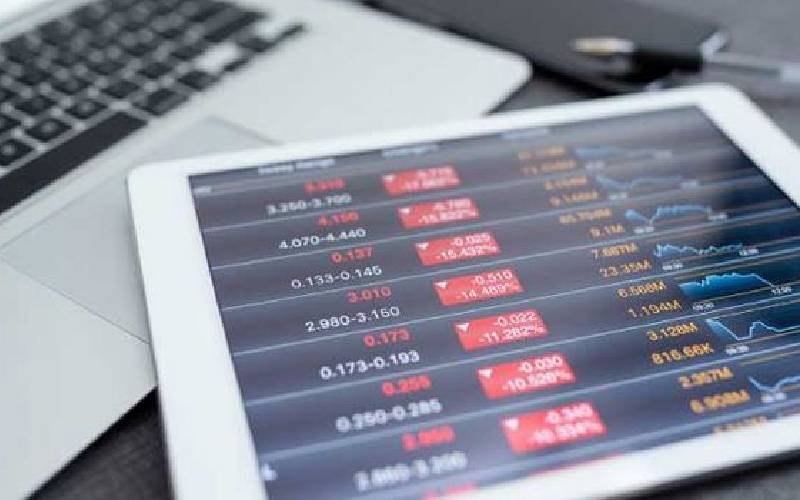 A 130-page document was never enough for the Capital Markets Authority (CMA) to save face over their role in the loss of investors’ billions in the money markets in recent years.

Before a pack of MPs, CMA appeared helpless, subdued and uncertain. The National Assembly Finance and National Planning Committee had a field day.

“From my experience in working with the government, one thing it does is to give you a big document and assume you won’t read it and if you do, you get confused even the CEO (Wyckliffe Shamiah) is getting confused by his own document,” reckoned Kitui Rural MP David Mwalika as he described CMA’s submission to the house.

CMA last week appeared before the committee after Garissa Town MP Aden Duale requested Parliament to probe the regulator, estimating that investors had lost about Sh36.8 billion due to the regulator’s negligence.

The grilling stretched over two hours; it was a crescendo towards the Cytonn juggernaut.

The order of the day had been CMA’s weak role in protecting investors in Cytonn, Imperial, and Chase bank bonds and the Nakumatt commercial paper.

CMA Acting Director Marketing Operations Abubakar Hassan Abubakar was in a collision course with MPs who mistook his passion for arrogance.

He was the first to admit regulatory gaps in the CMA law that might have led to the loss of investors’ billions.

Chief Executive Wyckliffe Shamiah would later follow with the revelation on how Cytonn had created innovative products at the onset and the ensuing bitter fallout between the regulator and Cytonn.

On the Sh2 billion Imperial Bank bond, with the bank collapsing shortly after CMA gave it a seal of approval, Abubakar said they’d followed the law, which protects investors on a disclosure-based manner rather than merit.

“It’s a disclosure-based philosophy and not a merit-based so an issuer comes to the market, it explains itself, discloses its financials and non-financial info to the public.”

He said the safeguard is that all information disclosed must be certified by an accountant to confirm its completeness and accuracy and some legal advisors and directors confirm the correctness of the information.

“In this case, it was a licensed bank, we even got confirmation from the CBK saying that there are no regulatory concerns about that bank so it came to the market with that approval,” he said, blaming CBK, which had “been cheated all along.”

He explained that as per the law, CMA doesn’t take responsibility for the correctness of information in the prospectus but the experts who lie commit a criminal offence and should be jailed.

He added that the stopgap measure was to change the law from disclosure to merit-based.

But the MPs were having none of it with Duale accusing them of being dodgy and using legalese to confuse.

“Don’t tell us about a gap in the law, as we sit here in the order paper there’s an amendment to the CMA Act if you have an issue you can go through the committee of finance to bring it… you permitted Imperial Bank to raise Sh2 billion when you knew it was facing serious financial fraud.”

Abubakar backtracked, clarifying his earlier statement of a regulatory gap now calling it a “philosophy of the law.”

“We need to ensure that an investor is fully informed of all the financial and non-financial information of an institution then it’s upon the investor themselves to evaluate that opportunity and make a decision and that is the benchmarked set all over the world. That is the philosophy of investing in a disclosure-based economy.”

Laikipia Women Representative Catherine Waruguru joined the shredding of CMA revealing how she had been “anxiously waiting” to contribute to the Cytonn Investments group matter.

She then went all out to make a “general comment” bashing CMA and calling them “cry babies”, not proactive and weak at risk analysis. ”

“We have fraudsters in the market, Kenyans are complaining and you as regulators are also defrauded by these conmen and are coming to cry before a parliamentary committee,” she said.

The Committee’s chairperson Gladys Wanga urged the MPs to listen adding that CMA had brought answers but “whether the answers are adequate or not is another question.”

But Abubakar was not having a good day, with the MPs castigating his behaviour as “unbecoming” as he struggled to be heard by speaking above the MPs. Trouble deepened when he briefly took off his mask to put his points across.

“You just don’t respond, the chair gives you a chance to speak and that’s how we can have order. Otherwise, if we speak at each other we are good at talking,” warned Wanga, who’s also the Homabay Women Rep.

Shamiah would later apologise for Abubakar to the Committee.

On Nakumatt, Shamiah said there was no interaction between the regulator and Nakumatt with commercial papers being under private offers which they have no powers over.

Despite the claims Shamiah made, looking at the Capital Markets act CMA plays a big role in protecting investors who take up private offers.

CMA is supposed to review any private placement and give its approval after assessing the ability of an issuer to meet financial obligations. and approve it subject “to such conditions as may be necessary for the protection of investors or the public interest.”

The Act, however, says that private offers meeting certain criteria are not approved by CMA before issuance. These include, the securities are offered to less than one hundred persons, the minimum subscription is Sh100,000, and a restricted circle of persons whom the offeror believes they understand the risks involved among others.

Nakumatt fell with a Sh38 billion debt, including Sh4 billion worth of commercial papers.

Shamiah insisted that there was a regulatory gap in the private offers, which are structured like capital market instruments and crafty fellows were taking advantage of these gaps.

“Nakumatt was a private placement of up to 100 people, they didn’t require us for approval. That is the gap we are saying and which is being taken advantage of by those who are issuing instruments within that regulation of public offers.”

Some Cytonn investors are in court over this whereby they claimed their product was a private offer of less than 100 only later to find out that the firm had pooled money from thousands.

Then came the climax to the discussions with Shamiah desperately attempting to explain the Cytonn issue.

CMA recently said it had opened investigations into Cytonn High Yield Solutions (CHYS) and Cytonn Project Notes (CPN)— which have investments worth Sh13.5 billion but are unregulated. Cytonn says the funds are illiquid and has been in a bitter fallout with investors.

He explained the testy history with Cytonn with their intention to manage the exposure Cytonn brought to the market by their unregulated products.

They gave them an ultimatum to cease the unregulated product, start a Collective Investment Scheme (CISs) with the real estate funds or a Real Estate Investment Trust (Reit).

CMA issued a cease order on the unregulated products, said Shamiah but they were challenged legally because this product was not under their regulatory purview.

Shamiah noted that some of the products in the unregulated space are “innovative products” that need to be nurtured rather than being shot down. That’s what they tried with Cytonn.

“When you see some of these products that come into the market, sometimes they are good investments and innovative so rather than shutting them down, we need to see what are the aspects that can be beneficial to Kenyans and therefore we approach them with an intention of regulation,” he said.

He also blamed the judicial processes for frustrating their mandate. He added that CMA was in a quandary where they were blamed when they did not take action and sued when they did. CMA has been in the last few years in a protracted legal battle with Cytonn.

By XN Iraki 13 days ago
Financial Standard
Premium Rutonomics: Yes, things could get worse before they get better