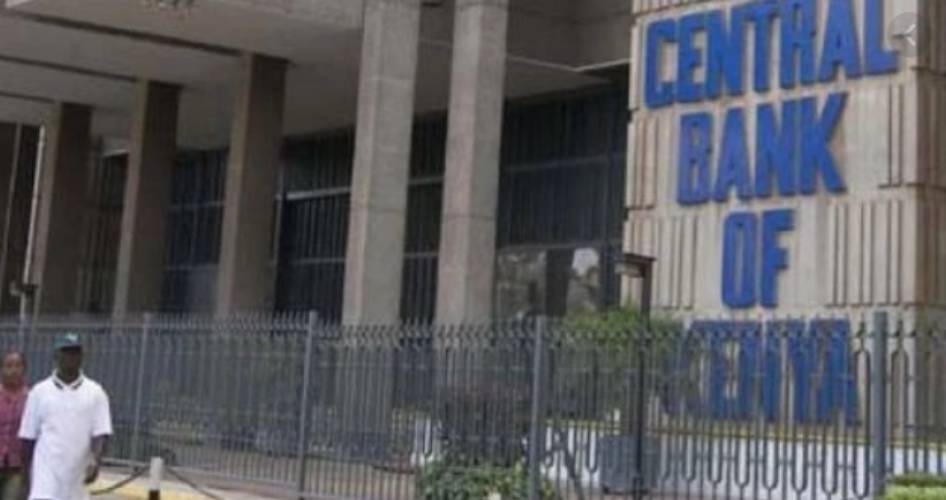 The President announced new stringent measures aimed at curbing the spread of the Third Wave of Covid-19 infections, scuttling plans for many traders and investors.

Unfortunately, unlike last year, the additional stringent measures were not accompanied by economic incentives to firms and households that are likely to be negatively impacted by the move.

The measures include a lockdown of five counties and a revised dusk-to-dawn curfew that will run indefinitely from 8pm to 4am.

But Sacco members and shareholders of listed banks will have some much-needed relief during this period as the financial institutions start making dividend payments for the last financial year.

It is against this backdrop that the management and board of some banks insist that the dividend payments are equivalent to a new stimulus package.

Deepak Dave, a financial expert, noted that if banks made a profit and can meet their regulatory capital needs, then they should pay dividends.

“It would be a stimulus as well as demonstrate the strength of the financial system,” explained Dave.

Profitability for many banks declined after they made loan-loss provisions, anticipating an increase in loan defaults following the outbreak of Covid-19 in the country last year.

CBK data shows that the sector’s profit before tax dropped by almost a third to Sh112.8 billion in the financial year ending last year compared to Sh159.9 billion in 2019.

Another financial analyst, who did not want to be named as he is not allowed to speak to the media, noted that “the government should be absorbing pandemic shock losses, not socialising them by forcing banks to absorb more loan losses into their capital.”

“To solve that issue, let the government set up a fund using donor assistance to pay each bank what the borrowers lost due to Covid. That way, bad banks cannot sweep old mistakes into the general Covid excuse and force good banks to cover their old mistakes,” said the analyst.

So far five banks have made dividend payout amounting to Sh13.1 billion.

These are the Co-operative Bank of Kenya, KCB, NCBA and Stanbic Bank.

Co-operative Bank has announced a Sh3.8 billion dividend payout to its main shareholders, a majority of whom are cooperative societies, offering them a much-needed relief to navigate through the tough times.

In total, the bank paid Sh5.9 billion to all its shareholders.

“The current Covid-19 challenges have brought about the critical need to release the much-needed funds to the grassroots, in the over 15 million-member co-operative movement and in line with Capital Markets Authority guidelines, the bank is progressing to make this year’s dividend payment for ratification at the next Annual General Meeting,” said Co-operative Bank Chief Executive Gideon Muriuki in a statement. “The dividend payout is expected to offer a timely relief and offer a boost to ongoing efforts to mitigate the severe economic hardships caused by the Covid-19 pandemic,” he added.

NCBA, which paid Sh1.50 for every ordinary share held in the financial year ending December last year, will fork out a total of Sh2 billion to its shareholders.

Stanbic Bank, on the other hand, has paid out Sh1.5 billion to shareholders.

However, Equity Bank, which released its financial results yesterday, has withheld dividends for another year.

Following the announcement, the lender’s share price at the Nairobi Securities Exchange (NSE) fell by 8.29 per cent, while that of NCBA rose by 8.23 per cent. But not every Kenyan will be lucky. If anything, a majority of ordinary Kenyans will find the going tough after most of the Covid-19 emergency measures lapsed, exposing them to a tough environment, with most of them losing their jobs or their salaries slashed.

The debt repayment holiday in which borrowers distressed by the pandemic were allowed to reschedule their loans by between six and 12 months without being charged restructuring fees was the latest to come to an end.

Banks had restructured loans valued at Sh1.7 trillion by the end of December, mostly for industries that have been hardest hit by the pandemic such as tourism, aviation and real estate.

Central Bank of Kenya reduced its benchmark lending rate from 8.25 per cent before the outbreak to seven per cent, signalling cheap loans to the private sector.

The Cash Reserve Ratio (CRR), or the fraction of money that banks have to deposit with the financial regulator, was reduced to 4.5 per cent from 5.5 per cent. Transferring sums of Sh1,000 and below from one mobile wallet to another was also free.

Banks were not to charge any fees for the transfer of money between a bank account and a mobile money account.

Except for the free transfer of cash from bank accounts to mobile wallets and the reduction in CBK’s cash reserve ratio, most of these measures have lapsed.

However, the financial regulator has been nervy about letting banks ride roughshod over shareholders when it comes to dividend payment.

“It is true that the Central Bank has engaged all banks, and all banks have been doing stringent stress testing on capitals. Central Bank of Kenya accepted that it will approve any dividend and bonuses payout that the management board would propose,” Equity Chief Executive James Mwangi, noting that the bank had ridden the challenge of macro-economic uncertainty well.

Its deposits, he said, have grown by 53 per cent its loan book has expanded by a third.

“And if you look at the topline of Equity Bank, that is profitability before provisions, the profit has grown by 30 per cent,” he said at a press briefing in Nairobi.

“Given the momentum that we have built, the board felt it prudent to take advantage and ensure that the bank remains very well capitalised and opted to retain funds due to the macro-economic uncertainty,” said Mwangi.

This means that Equity shareholders will go for two financial years without dividend, with the second-largest bank by market size withdrawing the dividend it had announced last year after the country announced its first case of Covid-19. Mwangi is, however, optimistic that the group will bounce back this year and payout dividend next year.

“The directors did not recommend a dividend payout because Covid-19 is still here with us and we are expecting a big third wave. Until vaccinations have been done, we are still sceptical to say we are already on the recovery,” said Absa Bank Chief Finance Officer Yusuf Omari. However, most bank insiders insist that with the bank average liquidity ratio as of January at 54.9 per cent, way above the minimum statutory liquidity ratio of 20 per cent, most banks were in a position to pay dividends without leaving a gaping hole on their bottom line.

Things came to a head when the CS sidestepped KTDA and took charge of the election of directors of tea factories.