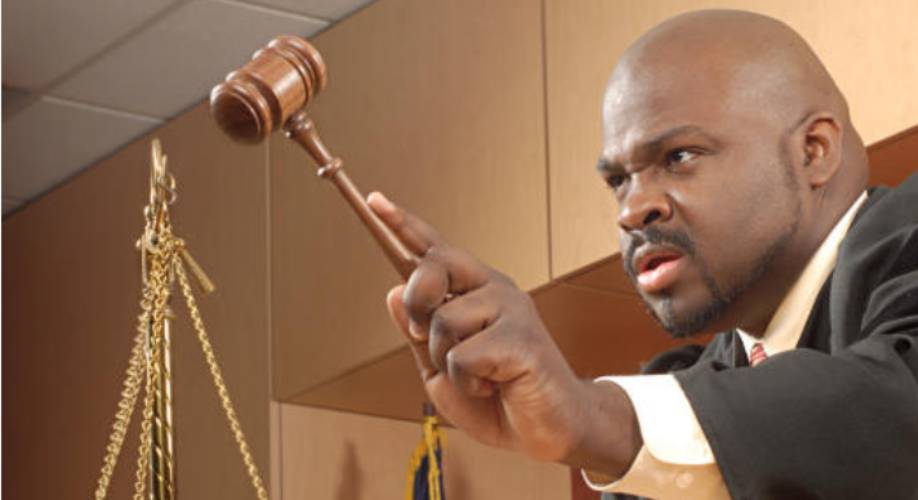 One morning in July 2015, Antony Murimi left his house for work as usual.

But Murimi, who worked as a supermarket attendant in Donholm,  did not get to his workstation.

He was arrested and locked up at the Kayole Police Station for the next eight days.

On the ninth day, Murimi and another young man were arraigned at the Makadara Law Courts and charged with robbery with violence.

According to court papers, police conducted an identification parade and although the robbery victim failed to positively identify Murimi, he was charged with the crime nonetheless.

Unable to raise the Sh1 million bond with a surety of a similar amount, he remained in police custody for two years. The case was eventually withdrawn after the prosecution failed to get another adjournment.

Murimi went to court to seek redress and in June last year, five years after his ordeal began, the court found the police had violated his rights and awarded him Sh5 million in general and punitive damages.

Murimi’s case is just one of numerous legal suits where the Kenyan government has been ordered to pay billions of shillings for the negligence, oversight or illegal conduct of public officials.

Last month, the Parliamentary Budget and Appropriations Committee flagged rising legal costs against the government, with taxpayers staring at tens of billions of shillings in court awards.

“The committee observed that there are suits against the government with financial risks to the tune of Sh1.2 trillion,” said the committee in its report.

The lawsuits further include numerous cases that are at various stages of determination, including compensation against torture, wildlife-human conflict, compulsory land acquisition, breach of contract and wrongful dismissal.

“In addition, the awards against the government that have not been paid stand at approximately Sh150 billion,” explained the committee.

“These range from awards to victims of torture as well as business litigants against the State.”

These are cases that have already been determined and closed and ongoing delays in settling the payments continue to attract interest.

Just last week, the Supreme Court delivered a final blow in a protracted case where the Kenya Bureau of Standards (Kebs) was ordered to pay Sh2.2 billion to inspection firm Geo-Chem Middle East.

In the case, Kebs is accused of arbitrarily cancelling a three-year tender awarded to the oil inspection firm in 2009, more than two years to the lapse of the contract period.

Geo-Chem argued in the case that the standards body’s cancellation of the contract and refusal to remit payments received from motorists was a breach of the terms of agreement.

The legal battle has dragged through the corridors of justice for the last six years before coming to the apex court last year, where Kebs was found guilty and ordered to pay Sh2.2 billion.

In another case, the Environment and Land Court ordered the Kenya Urban Roads Authority (Kura) to pay Belgo Holdings Sh22 million in general and exemplary damages.

Belgo Holdings argued that Kura had constructed a 60-metre road on its 21-acre property without compensating the property owners.

Justice Loice Chepkemoi found that the agency trespassed on the piece of land and that the exemplary damages were necessary to deter similar action by other players.

“Due to the conduct of Kura and its contractor, I find that the plaintiff (Belgo Holdings) is also entitled to exemplary damages,” explained Justice Chepkemoi, citing “oppressive arbitrary or unconstitutional actions of servants of government.”

Awards against the State have traditionally taken a long time to be settled, with victims often waiting for years for compensation.

According to the Government Proceedings Act, the State Law Office is mandated to facilitate the settlement of court judgements by requesting the settlement funds from ministries and agencies found liable by the courts.

“For settlement of court judgements and decrees, the department undertakes this exercise in accordance with the Government Proceedings Act, laws of Kenya and accounting procedures as per the Public Finance Management Act,” said the State Law Office.

To request payment in cases won against the government, the State Law Office has a checklist of requirements involved parties must submit.

These include bank details, signed discharge vouchers for the amount being paid, a tax compliance certificate, registration certificate of the law firm representing the client and registration number to the Integrated Financial Management Information System (Ifmis).

However, payment is subject to the funds being transmitted to the Attorney General’s Office from the liable State agency, a factor attributed to the slow compensation process.