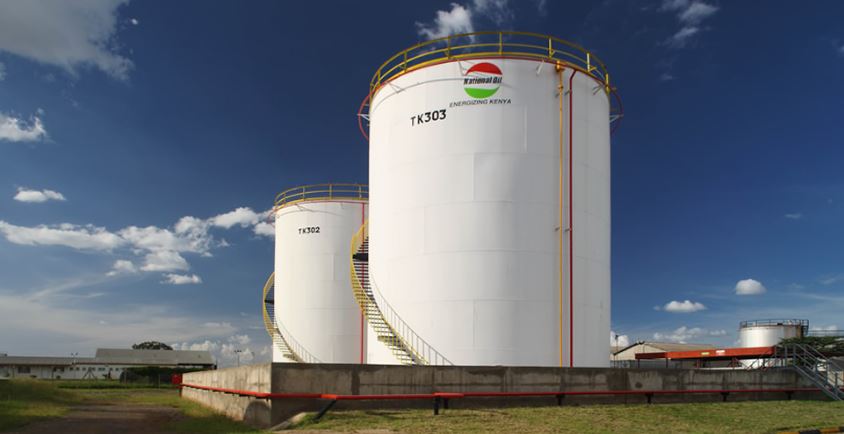 If proposals by the Petroleum ministry go through, this will become one of many key functions that the oil marketing company has lost over the years through a combination of factors, including regulation and market forces.

While it has never lived up to the mandate of setting up and managing the country’s strategic oil stocks, Nock had been expected to play a bigger role in its core mandate of stabilising and influencing retail prices of petroleum.

In new draft regulations, the ministry says it will competitively seek an oil marketing company that would import petroleum products that will make up strategic stocks, which can be tapped into in case there are supply disruptions that might lead to shortages.

Nock was in regulations published in 2008 mandated to buy the strategic stocks that would then be stored at Kenya Pipeline Company’s facilities.

It has, however, never been able to fulfil the mandate owing to a mix of factors, including the availability of funds, as well as inadequate storage space.

Opening up the purchase of the strategic stocks to private firms through a competitive process might mean Nock will never clinch any of the contracts, leaving oil firms with deeper connections in the oil-producing countries in pole position to do so.

It has been the case with the Open Tender System, through which the ministry selects firms to import petroleum products on behalf of other marketers.

This has perennially seen only a few marketers get the contracts by outbidding large oil marketers.

“The Cabinet secretary shall, through a competitive tendering process, select an OMC (oil marketing company) to supply petroleum products for the establishment and maintenance of strategic stocks,” reads the Draft Petroleum (Strategic Stocks) Regulations, 2020. The 2008 regulations were specific that the “strategic stock shall be procured by Nock and stored by the Kenya Pipeline Company.”

The subsidiary law further states that the quantity should be such that it can last the country 90 days.

The State-owned company was, however, required to procure petroleum products that could last the country for 30 days but scale this up to stocks that could go for 90 days.

“The initial quantity of the strategic stock shall be equivalent to 30 days of consumption to be funded by monies appropriated by Parliament in the 2008/09 financial year, and additional procurement of additional stock, up to the optimal level of 90 days of consumption shall be funded by monies to appropriated by Parliament in subsequent financial years,” read the Energy (Petroleum Strategic Stock) Regulations, 2008, which will be revoked once the proposed regulations are in place.

While Nock has not been able to set up the strategic oil reserves, taking away the mandate adds to the numerous functions that the company has lost. Other functions, which could have possibly placed the oil firm at the top of the industry, include one that allowed it to import a third of the diesel used locally.

This was aimed at stabilising retail prices, as well as aspects of regulating the oil exploration industry. Nock had in 2010 been allocated a 30 per cent petroleum procurement quota, allowing it to import 30 per cent of all local diesel requirements.

It was expected that through government-to-government relations, Nock could procure fuel from other National Oil Corporations (NOCs), especially in the Middle East at relatively lower prices.

This would be used in stabilising products locally both by selling diesel at lower prices at its outlets and to other marketers. It was, however, held back by the fact that it has a small market share.

The mandate also only lasted when the prices of fuel were not controlled.

When the State started capping the price of petroleum products in 2010, Nock found it difficult to deliver on the mandate as the regulator made sure that only prudently incurred costs were factored in the retail prices.

National Oil had also been playing a regulatory role in Kenya’s upstream industry.

There were, however, concerns that being an explorer for oil at its block in Kajiado County would create a conflict of interest. It relinquished its regulatory role to the ministry.

The company also noted that it would be better positioned pursuing the commercial end of the business, especially the sale of petroleum products where it had the adequate capacity, unlike upstream where it was still learning the ropes. The ministry plans to engage Nock in the Turkana oil project as it is supposed to hold the government’s stake in crude oil projects.

There have been plans of dual-listing it at the Nairobi and London bourses to raise some Sh100 billion that will be used to buy back government’s stake in the project. This has, however, moved at a painstakingly slow pace.

Besides the roles taken away from Nock appearing to push it to the periphery of the government’s petroleum agenda as a national oil company, it has also performed dismally in the Mwananchi Gas project.

The kits, which included six-kilogramme cooking gas cylinders, grill and burner, as well as regular refills, were to retail cheaper than market rates.

It was rolled out on a pilot basis in Kajiado and Machakos counties but was called off before the countrywide rollout commenced.

But Nock is not entirely to blame for the bungled up implementation of the Sh3 billion project, with many of the gas cylinders acquired by the Petroleum Ministry being found defective, attracting a court case over safety concerns.

Though State-owned, it appears as if the firm has over time been pushed to operate like other commercial firms, disregarding factors putting it at a disadvantage.

This is seen in the losses the firm has made in recent years, as well as failure to grow the number of its retails outlets while making little progress in its upstream projects.

By Patrick Alushula 7 days ago
Financial Standard
Premium The making of Sh594m fraud: 'We thought we were buying an elephant'