Focus is set to shift to the Petroleum and Mining Ministry to intervene and tame the rising cost of fuel in the country using a recently set up price stabilisation mechanism.

This follows the latest developments globally that saw the price of crude oil rise past $50 per barrel.

The ministry had last year said money raised by the redesigned Petroleum Development Levy (PDL) would be used to subsidise the retail cost of diesel in case the cost of crude oil rose past $50 per barrel.

Crude oil prices rose to over $50 in the course of December and appear set for a rally considering it steadily rose in the first week of January.

The ministry reviewed the levy last year, increasing it to Sh5.40 per litre from 40 cents while expanding its mandate by including a price stabilising component for diesel.

Other than diesel and super petrol, which attract the levy at the new rate, users of jet fuel and heavy fuel oil also pay Sh5.40 per litre, while the charge was retained at 40 cents per litre for some fuels such as kerosene and cooking gas.

“The levy shall also be used for matters relating to the development of the oil industry, including to stabilise local petroleum pump prices in instances of spikes occasioned by high landed costs above a threshold determined by the authority (Energy and Petroleum Regulatory Authority),” said the Petroleum ministry in a legal notice last July.

“The Cabinet Secretary may by writing to the administrator request for a drawdown from the Petroleum Development Fund to stabilise local petroleum pump prices where he deems it necessary.”

In the July notice, the Petroleum CS appointed Kenya Revenue Authority’s (KRA) Commissioner of Customs and Excise to collect the funds.

The CS would then request funds from KRA whenever there are spikes in pricing and there is a need to tame the rise in prices.

Officials from the Petroleum ministry explained to Parliament that the levy would be used to stabilise the retail price of diesel whenever the cost of crude oil went above $50 per barrel.

Diesel is a critical fuel for the economy, especially transport, manufacturing and power production. A sudden increase in the cost of diesel tends to have an impact on the pricing of basic goods.

Oil prices have been on the rise over the recent past, with murban crude going up from slightly under $50 a barrel in early December to over $54 per barrel on Friday, the highest it has been since February last year. 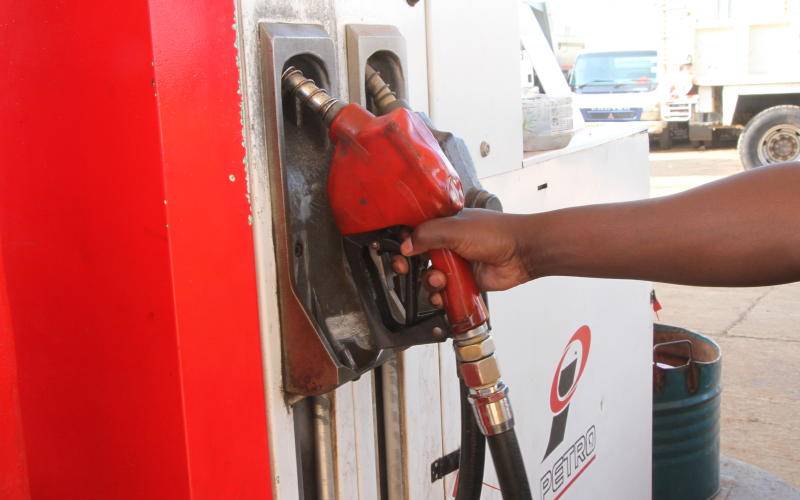 The Consumers Federation of Kenya (Cofek) had raised concerns about the setup and administration of the fund as well as the justification of the hike in the levy, saying it had not achieved anything in the past.

“There is lack of clarity on who or how they will intervene. There is also the Public Finance Management law that gives Treasury power to set up such funds, which appears not to have been followed,” the consumers’ lobby had said, adding that the ministry should also have consulted the public, considering the size of the kitty.

“The problem is also the accountability part of it. If you look at the Petroleum Levy collected over the years, what has it achieved? This multiplicity of taxes on petroleum and at a time when the whole world today is enjoying lower costs on fuel Kenyans cannot enjoy because they are mopping up money that consumers do not have.”

Motorists Association of Kenya Chairman Peter Murima, in a recent interview with The Standard, noted petroleum was an easy target in terms of raising revenue for the government.

Petroleum products are heavily taxed and currently, about 53 per cent of the money that motorists pay at the pump goes to the government in form of different taxes and levies.

The balance is shared by the rest of the petroleum supply chain, including the cost of acquiring the refined product in the international market and getting it to the market.

“The levy has not had any value to motorists or the transport sector; it is just another revenue collection method,” said Murima.

“The petroleum policy at the moment is in favour of the government’s revenue-raising measures to the detriment of the transport sector.”

While taxes on petroleum have always accounted for a substantial chunk of the pump price, the government has in recent years substantially increased taxes levied on fuel.

Other than the petroleum development levy review last year, there was also a hike on excise duty, which resulted in the price of super petrol going up by Sh1 per litre, while that of diesel and kerosene rose by 50 cents each in October last year.

Excise duty was also reviewed, an annual undertaking, to account for inflation.

Before this was the eight per cent value added tax (VAT) on all petroleum products in 2018, which was a negotiated rate after a public outcry.

This saw the government settle for eight per cent rather than the standard 16 per cent.

“The amounts being purchased at this point are too large, so these trades are bleeding into the weekends.”