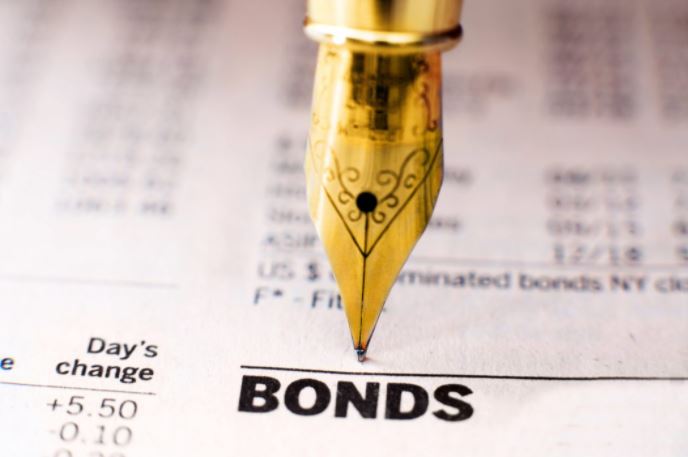 This would have been a delightful festive season for the bondholders of Imperial Bank.

Five years after investing in the bank’s Sh2 billion corporate bond, they would now be counting down to pay day.

Unfortunately, this won’t be that kind of Christmas for these investors. Imperial Bank, whose bond was issued in August 2015, is still stuck in insolvency.

The lender’s failure, along with that of other corporate bond issuers, including Chase Bank, cement manufacturer Athi River Mining (ARM) and microfinance company Real People, has devastated the local corporate bond market.

Confidence in corporate bonds and commercial papers, which are among the most lucrative sources of finances for companies seeking to expand, has hit rock bottom.

The Capital Markets Authority (CMA) in its 2017-18 annual report blamed the development on the slow process of solving the insolvencies of Imperial and Chase banks, noting that the delays had negatively affected the corporate bond market.

As a result, explained the regulator, there has been little interest in corporate bonds as a debt financing instrument.

It added that there is a need for “clear settlement finality and insolvency-netting carve-outs in the law across the full scope of capital market products”.

In 2018 in a study on the low uptake of capital products, CMA noted that while the Central Bank of Kenya (CBK), in conjunction with key stakeholders, had worked at resolving issues surrounding the Chase Bank and Imperial Bank bond issuances, the market had taken a back step.

Only East African Breweries Ltd (EABL), CMA noted, had braved the storm to issue and list a successful medium-term note in March 2017.

“To a less extent but also worthy of note, commercial banks and financial institutions, which have traditionally been the most popular issuers of corporate bonds, have been able to comply with Base II financial resource requirements,” said the regulator.

CMA noted that a number of financial institutions had previously indicated that they would apply their issue proceeds towards meeting core capital requirements as prescribed by CBK. But it looks like the market has moved on.

Banks, which had regularly tapped the corporate bond market, have sought different ways of recapitalising their businesses.

In extreme cases where they have not been able to issue corporate bonds or tap into other sources of finances, there have been forced mergers and acquisitions.

“This partly explains, in particular, those entities where there has been some form of forced acquisitions, such as with KCB-NBK with the latter’s capital in the red,” said Churchill Ogutu, an analyst at Genghis Capital.

Co-operative Bank also acquired Jamii Bora, which had also been in the red, with most of its capital adequacy ratios below statutory thresholds.

Essentially, those with money to lend have taken it to the government by buying Treasury bonds and bills.

Businesses in need of financing have turned to the more costly alternative of borrowing from banks, avoiding corporate bonds even though they are still critical sources of financing.

“Historically, corporate bonds are really meant to boost most of the time returns because typically, you have different asset classes and you have corporate bonds. Of course they earn a higher return than, for example, the government instruments,” said Erick Musau, an analyst at the Standard Investment Bank.

Genghis Capital’s Ogutu explained that as opposed to raising capital through equity, the issuance of corporate bonds does not entail giving up stake in the company.

“In addition, financing via private equity funds may have higher financing costs as compared to corporate bond issues,” he said, noting that businesses eyeing expansion are the most likely to issue corporate bonds.

The corporate bond muddle has hit some investors hard.

CIC Insurance, according to the disclosures it has made, has felt the sting of these defaults.

“As of December 31, 2017, the group held in its books of account a Chase Bank corporate bond amounting to Sh155 million, which is 23 per cent of the total corporate bonds portfolio,” it said in its annual report.

The insurer also disclosed that it had placed Sh31 million in deposits in Imperial Bank, which was put under receivership in 2015.

However, CIC has managed to recoup some money under part payment programmes. It now has Sh28 million in deposits in Imperial Bank.

“Imperial Bank was placed under statutory management by the CBK and management assessed the recoverability of the deposits placed with the bank to be doubtful. During the year, Sh3.1 million was received from the bank,” CIC said.

“There is a strong possibility that the group will breach its capital adequacy ratio debt covenant in the near term, or fail to meet existing debt obligations,” GCR said of Real People in December.

Liberty Life Assurance Kenya also had to impair Sh187.5 million of the total Sh250 million invested in the Chase Bank corporate bond based on directors’ assessment of recoverability.

“The group has an investment (corporate bond) in Chase Bank (in receivership) amounting to Sh250 million. The bank is currently under statutory management by the Kenya Deposit Insurance Corporation,” the Liberty management said.

“The estimation of recoverability of this amount was significant to our audit. Due to the high level of judgement in assessing the level of impairment of the balances, we considered this to be a key audit matter.”

Investment firm Sanlam has since vowed never to get back into corporate bond until there is “proper regulation”.

The company was forced to write off a record Sh1.3 billion in defaulted bonds and fixed deposit assets.

“The impaired amount recognised below relates to non-performing corporate bonds of Sh1.078 billion and Sh46.34 million fixed deposits held as lien with a financial institution for ex-staff loans that are in payment arrears. The 2016 impairment related to non-performing financial instruments in the period,” said Sanlam in its annual report.

By the end of December 2015, pension funds had put Sh48 billion in listed bonds, or six per cent of their total portfolio. However, by June 2018, this had declined to Sh42 billion, or 3.89 per cent.

“The introduction of an infrastructure category for the pension funds will be more significant and even more relevant for the development of the country,” he said.

“I think ... you have other emerging opportunities that could be significant for the investments and also being able to minimise the risk.”

Musau noted that the concern for pension fund managers is being able to moderate risks, and added that banks are going to try to raise capital through private placement and probably negotiate directly with the lenders.

“The issue is just the comfort that is going to be provided, and also maybe the type of institutions that would be offering in terms of reputation and strength of their balance sheet.”

He reckoned that banks could also try to raise Tier I capital through rights issues.

According to Reginald Kadzutu, the former CEO Amana Capital that lost Sh270 million loaned to Nakumatt, CMA essentially killed the corporate bond market by not being proactive. He insisted CMA needs to find a way of regulating even private placements.

“Once a private placement accesses public money, then it ceases to be private.”