What it will take for Kenya to hit magical 10pc growth 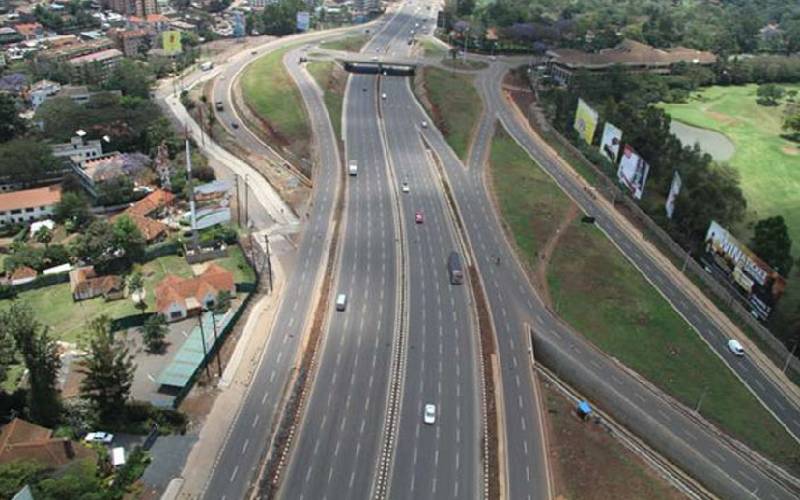 The most recent Economic Survey shows that we are yet to reach the magical 10 per cent Gross Domestic Product (GDP) growth rate envisaged by Vision 2030 and its derivative - the Big Four agenda.

The few sectors that grew at more than 10 per cent last year included electricity supply, transport such as postal and courier activities, accommodation and food services plus information and communication. When shall we reach that magical rate again? What needs to be done and by whom? Ten per cent appears ambitious but is reachable.

China did that for years to reach her current state of development and start challenging the big economic powers like the US and Japan.

Six per cent is not far from 10, but that four per cent makes a big difference in the long run. It would not be an exaggeration to say that without 2007/08 post-election violence, 10 per cent was achievable. This brings us to what needs to be done to reach that magical number.

We start by decoupling politics from economic cycles. Many will loudly say it’s not possible. But Italy keeps churning out new governments and its economy still grows. Must every election be about fear? Even a new constitution did not disperse the tensions that accompany every election cycle.

More than 56 years after independence, we still can’t manage our politics from grassroots to the national level. Has devolution translated to tangible economic growth in the counties?

And why are so many hotels coming up in the counties instead of factories? Closely tied to politics is our attachment to tribes, which has paradoxically made it easier to hire expatriates in some firms like Kenya Airways and Safaricom. No one will say that loudly. Number two, is our regulatory regime. We have pointed out that our economy is shifting towards over-regulation, which stifles creativity and innovation.

The growth of Safaricom is partly explained by appropriate regulation. The Central Bank of Kenya Governor Prof Njuguna Ndung’u, who mid-wifed M-Pesa, has not been given enough credit.

Noted the number of licenses needed to operate a business. They not only take your money but make it difficult to operate because multiple regulators behave as if they are a power unto themselves.

Did I hear that researchers now need another permit apart from the National Commission for Science, Technology, and Innovation to do research in the counties?

Regulations are not about restrictions but facilitation.

They ought to make it easier for businesses to run and for entrepreneurs to reach their potential.

We rarely come up with optimal regulations because lawyers and economists rarely talk the same language, yet it’s at the confluence of the two disciplines that you get the best regulations.

In fact, every regulation should go through cost-benefit analysis. Number three is our failure to think big. Why would managing Kenya airways with 40 planes be an issue when other Airlines like America’s Delta has almost a thousand planes?

Why should Amazon make a profit equivalent to our current budget in three months?

We can’t reach a growth rate of 10 per cent when we are satisfied with the local market. Where are the Kenyan multinationals that can rival Coca Cola, Toyota, Hyundai or even Huawei?

Four, is our education. We never realise the role of education in our economy until after graduating from school.

Through schooling, our perspectives on life, economy, environment and work are shaped. Does it surprise you that Kenyan students learn about the civil rights movement in the US, about Hollywood but not Protestant work ethics even in Christian Religious Education?

Why do we introduce kids in high school to the early man from Cro Magnon to Zinjanthropus instead of how China and Singapore became great economic powers and how we can follow suit?

Why do we keep complaining that our children are overworked in school? I fear that the shift from A-Level to 8.4.4 system and now the new 2.6.6.3, is about diluting the academic rigour and closing of the Kenyan mind.

The key issue in education reform is how our graduates from whichever the system can compete globally, not in the counties. Five, and in silence, is the role of religion in our economic growth. Does religion catalyse or inhibit economic growth? I would love to hear the answer from religious leaders. Six, we need to build local and global alliances to reach the magical 10 per cent.

How much have we leveraged the East African Community, the UN and other multilateral agencies? How do we balance devolution with globalisation? Remember Vision 2030 and its target of 10 per cent came before the new constitution.

Seven, we must raise the expectations and ambitions of the next generation and stop being conveyors of pessimism, which has made our youth feel constrained.

Noted the age of Bill Gates or Mark Zuckerberg when they started firms? Why are our youths not doing the same?  Eight, don’t say graft will stand in our way. We can outgrow it. Nine, reaching 10 per cent growth rate is a collective responsibility for all - the rich, the poor, men, women, the young and the old.

Finally, we must keep expanding our mental and physical frontiers. What will come after the Big Four Agenda and Vision 2030? Americans and the Chinese are dreaming of reaching Mars and maybe someday, mine asteroids.

What are our long-term goals? What shall be our focus once we have enough housing, good health, food security and manufacturing capability?

What is the Kenyan dream that each generation should keep its eyes on just like the American dream?

Manufacturers push for refunds on electricity use

They argue the rebate programme would enable industries to produce more for local and export markets as well as reduce prices of consumer goods.