Review of insurance law puts compensation fund to the test 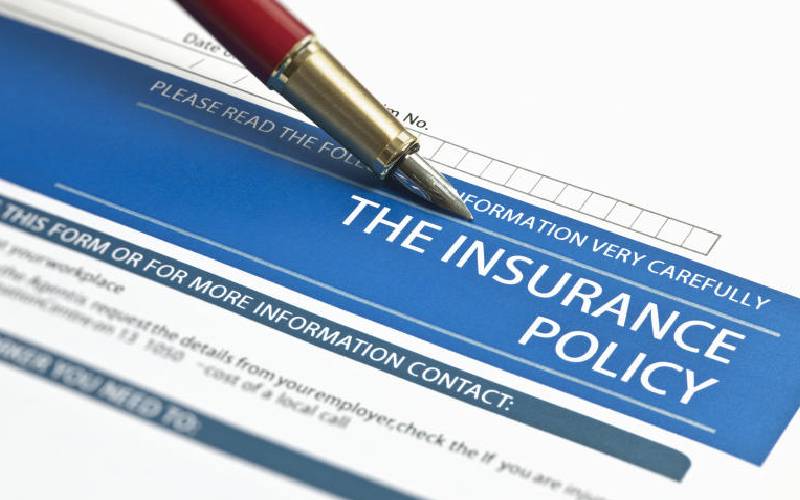 The little known Policyholder’s Compensation Fund (PCF) is set to come under scrutiny with the proposed amendment of the insurance laws that will compel the fund to pay the customers of four insurance firms currently under statutory management billions of shillings.

The fund, which offers customers of collapsed insurance firms some compensation, has not made any payments since its formation in 2004.

This is because of the legal framework requires it to make payments to such customers only when an insurance firm has been wound up.

Thus, while there are four insurance companies currently under the Fund’s statutory management, PCF cannot pay any of the clients until they are wound up.

How State is starving taxpayers

It had in the financial year to June 2017 budgeted to pay Sh2.6 billion to the affected policyholders had the four insurers been successfully wound up, which however did not happen.

This is, however, a token amount, considering the number of customers the four firms have as well as going by the amount that insurers pay annually as claims to their clients.

The National Treasury Cabinet Secretary Henry Rotich last Thursday said the ministry was proposing to amend the Insurance Act and regulation’s forming PCF to compel it to pay customers of insurance companies under statutory management.

“The Policy Holder’s Compensation Fund was established to cushion holders of insurance policies in the event that insurance companies are unable to discharge their services,” said Rotich

“The Fund has not been utilised since its establishment in 2004, despite four insurers going under statutory management. This is because the current provisions of the law only allow compensation to claimants of an insolvent insurer.”

“To address these challenges, I have proposed amendments to the Insurance Act and the Regulations to bring clarity and enable the Fund to be utilised to compensate claimants.”

United Insurance was placed under the statutory management in July 2005, initially put under the case of Kenya Re by the Insurance Regulatory Authority as PCF put in places structures which took over in 2015.

Last year, it was close to resolving the issues and had decided to liquidate and pay its policyholders Sh1.2 billion claims but soon after, there was a push and pull that resulted in its continue stay under the care of PCF.

Concord Insurance, whose core area was motor vehicle insurance, was put under management in 2013 after it failed to pay claims.

Standard Assurance and Blue Shield Insurance were placed under statutory management in 2009 and 2011 respectively.

According to CPF’s latest available annual report, if it is unable to breathe back life into the firms that come under its statutory management, each claimant can only get Sh250,000.

“The compensation rate was increased to Sh250,000 per claim following consultations with the National Treasury. The Fund is currently working on the regulations required to facilitate the compensation payouts,” it said in its report for the year to June 2017.

“The Fund is in the process of developing a manual to guide the function. Although this is not the case with the four insurers under statutory management, the Fund with the help of the industry regulator is in the process of ensuring the ongoing initiatives are concluded and a way forward determined.”

The fund has an asset base of Sh7.35 billion. Its revenues largely come from a 0.5 per cent levy charged on all insurance premiums and in 2017, insurers remitted Sh736 million to the Fund.

The Auditor General, in his remarks on the Fund’s annual report, had noted that PCF expected to finalise winding up some of the insurers and starting pay-outs to policyholders.

“Since the inception of the Fund in 2005, no compensation to policyholders has ever been done because no insurance company has been wound up (liquidated) conclusively. It is anticipated that the winding up process for four insurance companies under statutory management will soon be realised so as to give way for compensation to policyholders,” said the Auditor General comments on the report.

“The Fund anticipated in its 2016/17 budget a payout of an estimated amount of Sh2.6 billion to compensate policyholders of Blue Shield Insurance, Concord Insurance, Standard Assurance, and United Insurance, which are under statutory management. By the end of the financial year, the winding up process was yet to be concluded and as such the money was not paid out but rather invested in Government securities.”

Some African countries fared better than others, however.