Why your power bills remain high despite cheaper generation 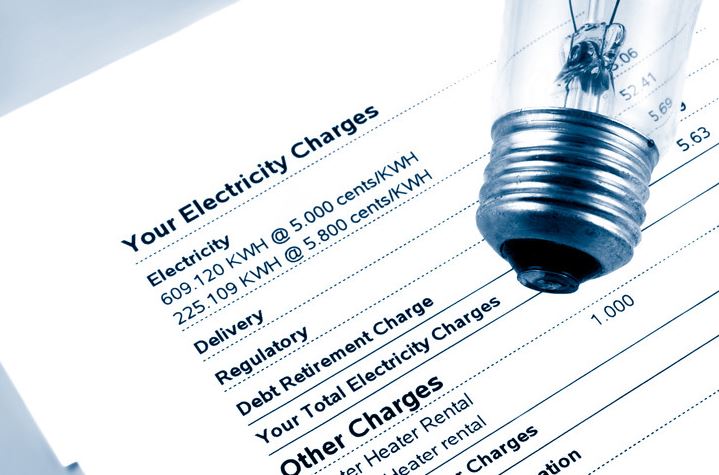 While there has been consistency in campaigns to reduce production using thermal power generators, the amount of electricity lost during transmission due to aged power lines has been on the rise in recent years.

Currently, thermal power is paying off with more cheaper power being fed to the national power grid. However, not of all the cheap electricity is being consumed, with many consumers tied costly thermal power.

This is because their areas lack transmission lines connecting them to cheap power.

This could erode the gains made in switching to renewable and cheaper energy sources.

Among the indicators of how inefficiencies on the electricity grid and how consumers are paying for it is the increase in the amount of power lost during transmission (power losses).

Last year, power utility firms reported that 21.9 per cent of all the electricity produced was lost during transmission.

This was worse than in 2017 transmission losses that stood at 18.7 per cent, according to the latest Kenya National Bureau of Statistics (KNBS) data.

The country is also still importing power from Uganda to feed western parts of the country.

While power import is a global practice, in the case of Kenya, it is mostly because the region does not have a stable line connecting it to areas producing cheap power such as Olkaria.

The area depends on imports from Uganda and the Muhoroni turbine, which are costly, with the overall impact being high power costs for all Kenyans.

Rizwan Fazal, a director at Lake Turkana Wind Power (LTWP), noted that power transmission infrastructure has not kept up growth with power production, denying some parts of the country access to electricity from cheaper sources.

This means that increased generation capacity has not been in tandem with the growth in consumption, with demand being suppressed owing to among other factors such as little investments in power transmission that in turn limits uptake from Kenyans who are ready to use electricity at both commercial and domestic levels.

Universally, it is an accepted practice to have a reserve margin of between 12 and 15 per cent that can be used in case of emergencies such as power plants’ failure. In the case of Kenya, this would be about 300MW, leaving a surplus of 600MW.

Industry players note that this capacity can find demand should there be adequate distribution to areas that currently have weak connections to the grid.

“We need to have a stable grid. There should be enhancements to the grid as well as a major focus on transmission elements to transmit power generated by the power producers to the consumers,” said Fazal.

“Without doing that, there is no way we will bring down the cost of power. We must increase the base of consumer and the amount of power consumed in the system. Otherwise, we will continue to have surplus power that is produced but is not consumed for lack of transmission infrastructure.”

According to the KNBS, electricity production capacity grew 13.7 per cent in 2018, while demand grew by a much smaller margin of 3.5 per cent.

The two have a combined capacity of 360 megawatts to the national grid.

There have been more investments on the generation side and in the course of this year, the Kenya Electricity Generation Company (KenGen) expects to commission its Olkaria V power plant that has a capacity to generate 165.4MW.

This will further compound the problem of power plants growing at a faster pace when compared with demand.

Power transmission and distribution is a shared responsibility between Kenya Electricity Transmission Company (Ketraco) and Kenya Power, and has come up time and again as an issue of concern for Kenyans.

The Auditor General has recently queried the causes of delays for the electricity transmission lines that Ketraco has been constructing.

In a recent report, the Auditor General noted that projects worth more than Sh38 billion were facing delays as of June 2015.

This value has since more than doubled, with Ketraco in a report to Parliamentary Committee on Energy last year saying the delay in completion of power lines that are valued at more than Sh112 billion.

Ketraco then had said it faced myriad challenges in putting up the lines, including land compensation, with the people affected by the projects asking for excessive amounts of money, the encroachment of wayleaves and lengthy public consultation processes.

The Energy Ministry has in the past cited landowners as among the major impediments to projects, noting that while the Government had not objected to paying, the value given by the owners was too high.

“Some of these challenges include excessive land compensation demands from the project affected persons, lack of clear national policies on wayleave compensation, speculative land subdivisions along the wayleave corridors, numerous political offices that need a consultation, encroachment of the right of way by communities. For instance, there are some 8,000 manyattas recently built along the Ethiopia-Kenya line in Samburu East,” Ketraco said in a statement last year.

“There are also too many cases of independent land valuers giving large margins on the same property and security concerns especially in the northern parts of the country that keep disrupting ongoing works.”