Shilling faces threat as capital flight across the Atlantic rises 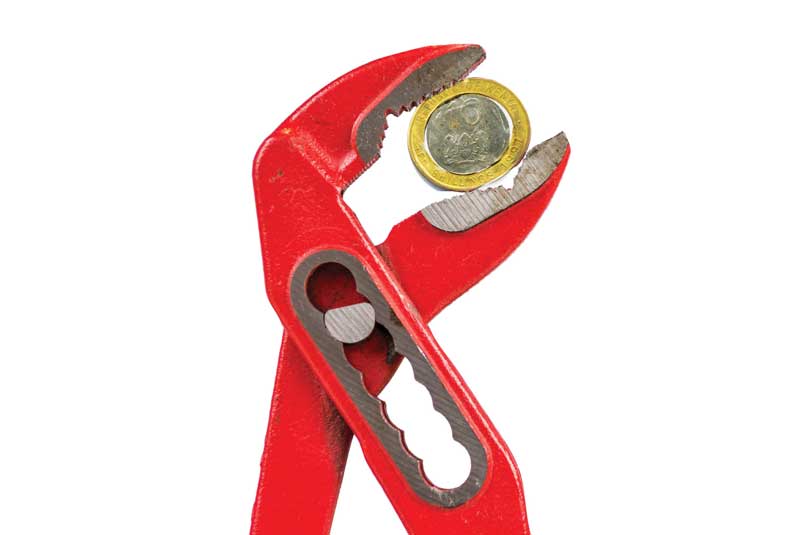 As Kenya launches its first direct flight to the US, there might be another direct flight across the Atlantic - capital flight. After an extended streak of a stunning performance by the Shilling, it seems the end of the honeymoon is nigh.

And as Kenya awaits American tourists to start trickling into the country, it might have to contend with foreign investors using the Nairobi-New York flight to evacuate their dollars back to their country.

Soon, the local unit which has held on steady against major currencies might also begin caving into the weight of a strengthening greenback.

Local currencies in other emerging and frontier markets have already taken a hit as the American Federal Reserve Bank begins to mop up excess liquidity from the market.

Improving conditions in the US has seen the cheap money that left the American shores for better returns in developing economies such as Kenya begin an earnest return.

The Central Bank of Kenya (CBK), which deserves credit for stabilising the exchange rate, with the Shilling trading at an average of 101 against the greenback in the last six months, might be required to do more as extraneous risks such as the tightening of macroeconomic space in the US and hike in the global price of oil builds up.

Signs of capital flight are evident. Foreign investors have begun ditching securities in Kenya for those in their home countries - mostly in North America and Europe.

Last week, the Nairobi Securities Exchange’s benchmark index, NSE 20, dropped to a decade-low to 2,775 in what is attributed to a massive sell-off by foreigners exiting the bourse as they seek improved returns at home.

Investors at the Nairobi bourse lost 15 per cent of their paper wealth.

The global financial market is being recalibrated - cheap money that left the US during the financial crisis of 2008 in which the American Government poured billions of dollars into its firms as it sought to stimulate the economy - is now returning as things get better in the world’s largest economy. When foreign investors exit en masse as financial experts have warned it might happen, they will mob banks and foreign exchange bureaus in a bid to convert the billions of shillings they have cashed out into their local currencies- mostly dollar, Euro and Sterling Pound. The Shilling will come under pressure.

A part of this actually happened in the first six months of the year. The Balance of Payments Report for the Second Quarter, 2018 by the Kenya National Bureau of Statistics (KNBS) showed that the financial account net inflows declined to Sh18.8 billion between April and June from Sh140.8 billion in the second quarter of 2017.

“This was on the back of decreased inflows coupled with increased debt securities outflows mainly in portfolio investments and other investments categories,” said KNBS in the Balance of Payment Report.

“In an ideal environment, when the CBK prints more money to be circulated into the economy, the currency should weaken,” said Johnson Nderi, Corporate Finance and Advisory Manager at ABC Capital.

As calls for repeal of Banking Amendment Act, 2016 hit a crescendo, the Government might be forced to push for the repeal of the legislation - effectively turning on the credit tap which has been drying up.

The International Monetary Fund has been on the forefront in calling for the repeal of the law.

But it has also criticised the manner in which CBK has been propping up the Shilling.

The global lender in its much-awaited report following a review on Kenya’s economic health released Tuesday last week said the shilling risked being classified as “managed” rather than operating on the forces of demand and supply.

“Reflecting limited movement of the shilling relative to the US dollar (Monetary and Capital Markets Department) 2018 Report) on exchange rate arrangement to be published in February 2018 will reclassify Kenya’s shilling from floating to other managed arrangement,” said IMF.

However, CBK played down IMF’s findings, terming it “suggestive.” “The CBK notes the recently published IMF Article IV report on Kenya and its suggestion of the relative weakness of the external position vis-à-vis the fundamentals,” said the regulator.

CBK noted that its own calculations had shown that the shilling was neither overvalued nor undervalued. “As has been previously communicated, the CBK’s own calculations support the view that there is no fundamental misalignment reflected in our exchange rate, and reiterates that the Kenya shilling reflects the currency’s true, fundamental value,” said CBK.

Some financial experts weighed in on the matter, with some saying CBK’s obsession with propping up the shilling was not to stabilise prices but to suppress the rise in the value of the country’s external debt, which is denominated in US dollars.

“Assuming IMF is right, the shilling being overvalued by 17.5 per cent means an extra Sh17.5 on the exchange rate. Multiply that by $25 billion (Sh2.5 trillion) of foreign debt and national debt goes up by Sh440 billion terms or an extra six per cent on debt to GDP ratio. It looks like CBK has an eye on the debt metrics,” said Mohamed Wehliye, an advisor at Saudi Arabian Monetary Authority.

The biggest pressure on the local unit might come from Kenya’s huge foreign interest spending as well as debt redemption in the current financial year. Signs that Kenya might experience difficulties repaying its external debt have started showing, putting CBK on high alert.

Latest data from CBK shows payment of interest on external loans more than doubled in the first two months of the current financial year to Sh19 billion compared to Sh7.7 billion that the State paid by August last year.

This means that in two months, the foreign interest payments exceeded its expenditure on the same for the entire FY 2013/14, President Kenyatta’s first financial calendar in office when the Government spent Sh14.9 billion.

Experts have attributed this to increased uptake of expensive, faster-maturing loans such as the Eurobond against stagnant revenues, particularly foreign exchange earnings from exports which are critical for repayment of dollar-denominated loans.

A surge in spending on foreign interests combined with an external debt repayment of Sh250.3 billion, including a Eurobond bullet payment of Sh78 billion this financial year, is likely to pile pressure on the local currency.

The IMF believes the country is still vulnerable security deterioration which could affect tourism - a key foreign exchange earner on recovery.

INVESTMENT GONE SOUR: How Tuju gambled his billions by mortgaging his vast empire for sh.913 million

Great Lakes investment conference to be held in Kigali, Rwanda

What made Kenya win Cortec case

Karori says victory of the case saved Kenyans tax payers cash and demonstrated an endorsement of the protected areas.

By Macharia Kamau and Frankline Sunday | 4 days ago

By Frankline Sunday and Macharia Kamau | 4 days ago