When Charles Njihia Ng’ang’a took a Sh5 million loan from Barclays Bank in 1998, he handed his family’s property title deed as the security.

The title was under his name and when he defaulted, the bank went ahead to auction the property estimated to be worth Sh22 million to a third party.

However, there was one omission, which has come to haunt the lender 13 years later. It did not verify whether Njihia had sought his wife - Lucy Muthoni’s consent before he took the loan.

Consequently, not only did Muthoni rescue the property, the lender will pay her Sh2 million as compensation. At the same time, it has to refund the buyer’s money as the court has invalidated the auction and it is now unclear how it can reclaim its loan.

Justice Joel Ngugi referred to the battle between the couple, the bank, the auctioneers and the third buyer as a human saga, which could only be best settled by chronologically narrating how it unfolded.

From the court records, the property was subject to other five cases, one filed by Njihia in 2009 against the bank. Njihia asked the Court to block the sale. However, former Chief Justice David Maraga who was then a High Court judge declined to issue the orders.

After failing to salvage the situation, he withdrew the case.

The story has a delicate twist, Justice Ngugi says.

When Njihia withdrew the case, Muthoni sued the bank, again seeking orders to block the sale. However, Justice Anyara Emukule (now retired) in 2010 declined to salvage the couple’s home.

Undeterred, she appealed the case and three years later, on July 2, 2010, the Court of Appeal gave her some relief by blocking the lender from auctioning the property until her case is heard and determined.

Meanwhile, Samuel Arama, the man who bought the property in an auction had moved to the magistrate’s court seeking to throw out the couple. Arama had sued Njihia alone.

He got the orders to kick them out on the basis that upon the sale of the property, he was entitled to have them out. Armed with the orders that were issued without hearing Njihia, he instructed P.M. Dick auctioneers to evict them.

On March 22, 2011, which was a rainy day, Njihia and his family were thrown out of the property they knew as a home for a decade. Njihia insisted that he had paid the bank the entire loan he had acquired.

Aggrieved, Njihia moved to the High Court and after hearing his case, Justice Sila Munyao quashed the orders.

Muthoni’s gist of the case was that she owned a stake in the property used to secure the loan.

The teacher married Njihia in St. Lwanga Catholic Church, Njoro in 1976. Her husband worked as a graduate agricultural officer. He worked with East Africa Industries as a Sunflower Operations Manager.

From the court’s document, it is, Njihia’s love for agriculture that would more than two decades after their wedding ceremony lure him to take a bank loan.

The two put up a home in Nakuru from loans taken by both in 1986. Njihia got the primary loan, Sh272,940 and which he supplemented with a Sh400,000 mortgage from the Housing Finance Company of Kenya (HFCK).

Despite the loan being co-owned, it was registered under Njihia’s name.

His wife testified that they would jointly pay the loans. On her part, she serviced HFCK’s loan using her teacher’s salary as well as proceeds of her business.

Muthoni had receipts of the transactions.

To buttress her argument that the property was matrimonial, she narrated to the court that sometime in 2001, they jointly took Sh302, 817 loan from the same bank using the same property as collateral for home improvement and repaid the same jointly.

Little did she know that her husband through his company Oil Crop Limited had used the same property to secure Sh5million from Barclays in 1998.

Justice Ngugi heard that Muthoni did not approve of him taking another loan. Although the bank argued Njihia did not clear the loan, he asserted he did.

She claimed both material and non-material contributions.

Muthoni asserted that the bank failed on its part for failing to inquire whether there was spousal consent before Njihia could get the money.

Barclays urged the judge to dismiss the case. It argued that the title was under Njihia’s name and there was no proof that Muthoni had contributed to purchasing it.

It asserted that Njihia had in other cases admitted being in debt and offering the contested land as collateral.

Antique Auctioneers had been hired by the bank to sell the property. They never appeared in court despite being sued. At the same time, Arama did not also respond to the case.

There was another problem with the auction. The bank did not produce the list of other bidders. At the same time, its witness could not remember when the bid happened.

Justice Ngugi agreed with Muthoni that she had a stake which the bank ignored. 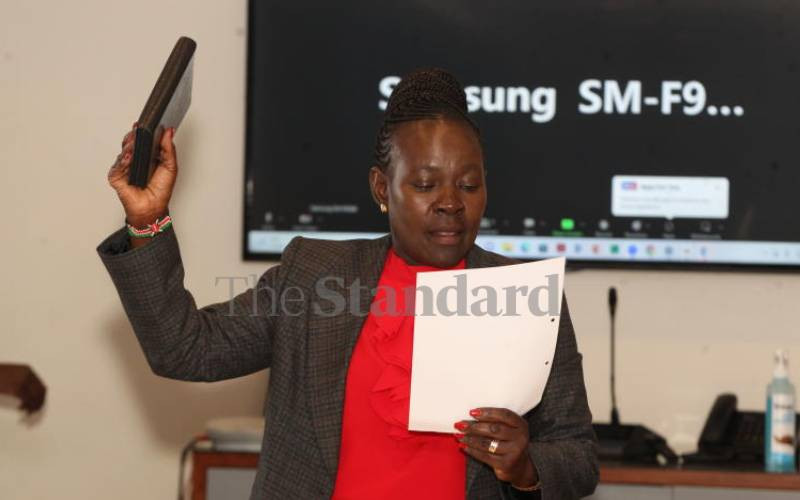 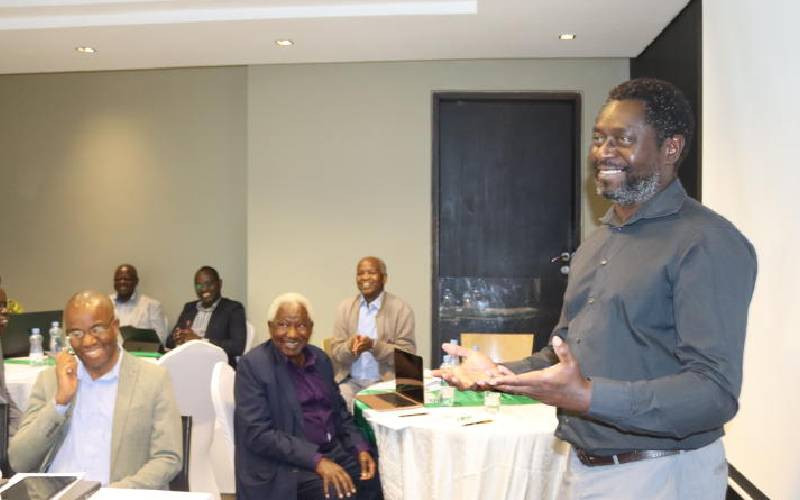