Safaricom bids for licence to operate in Ethiopia 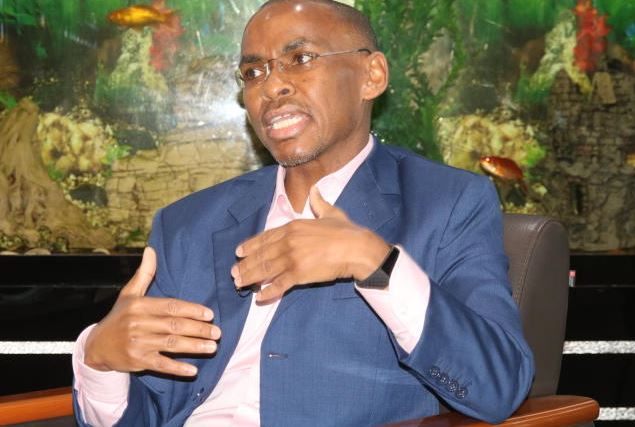 Safaricom has bid for one of the two telecommunications licences up for grabs in neighbouring Ethiopia. Ethiopia’s Communication Authority late last month invited international firms to bid for the two licences.

Safaricom, which has had its sights on Ethiopia for some time now, yesterday said it has put in an expression of interest, with expectations that the process of selecting the companies to set up operations in Ethiopia would be complete in 2021.

Peter Ndegwa (pictured), Safaricom Chief Executive, said the decision by the Ethiopian government might however be delayed due to complications occasioned by the coronavirus pandemic.

“Ethiopia is probably one of the few remaining market opportunities for telcos. The country has said it will offer telecommunication licences for sale soon and has already asked for expressions of interest,” Mr Ndegwa said yesterday when he paid a courtesy call to Orlando Lyomu, Chief Executive Officer at the Standard Group.

“Safaricom, together with other partners, has expressed interest and we will give an update at some point on the progress,” he added.

The Ethiopian telecommunications market, which had hitherto been closed by the State, is now being opened up for foreign firms.

The country is attractive to foreign firms such as Safaricom owing to its huge population of over 100 million people. The market is currently serviced by only one operator - the State-owned Ethio Telecom.

The opening up of the telecommunications market is part of efforts by Prime Minister Abiy Ahmed to liberalise the economy.

Ndegwa joined Safaricom on April 1 this year. He was, before that appointment, in charge of Diageo’s operations in continental Europe. He will oversee the next phase of Safaricom’s growth, which he said would focus heavily on innovations and solutions that solve local problems.

“M-Pesa has been successful, and we are looking at what can be the next M-Pesa. What should we do in education, health or agriculture,” Ndegwa said.

“We have units like Digi Farm to support small farmers and M-Tiba. How can we scale those up so that in five years, they could be your next M-Pesa.”

Ndegwa has the immediate task of steering the telco at a time when the Kenyan economy is facing unprecedented challenges due to the Covid-19 pandemic.

He noted that during the pandemic, he will focus on initiatives aimed at supporting startups which are critical in getting the economy back on its feet.