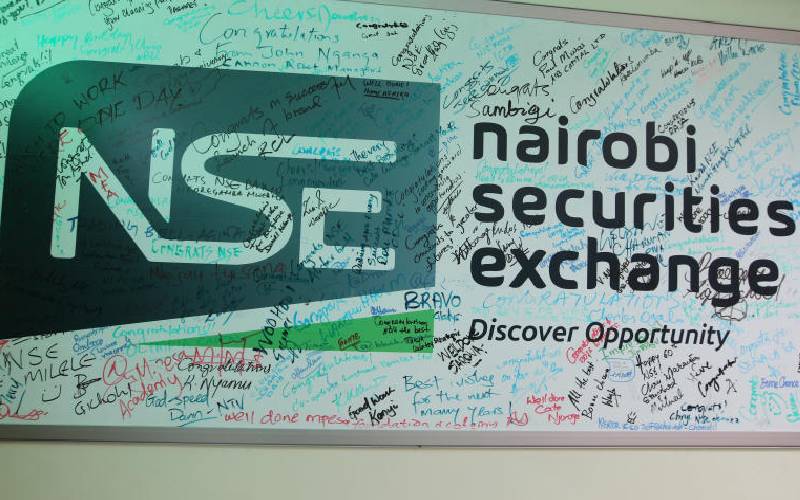 Five top companies at the Nairobi Securities Exchange (NSE) account for 75 per cent of its market capitalisation, revealing waning investor confidence at the bourse.

The other 62 listed companies take up the rest. “Market concentration remains a key risk within the Kenyan Capital Markets landscape,” the CMA Capital Soundness Report for the first quarter of 2020 reads.

The data explains the long-running drought of equity public offers at the bourse, as investors consolidate their wealth on a few listed firms.

At the same time, efforts by the CMA and NSE, such as introduction of the Growth Enterprise Market Segment (GEMS) in 2013, seem to have failed to improve investor confidence, particularly among local investors.

The number of local investors currently stands at two million and accounts for 40 per cent (Sh400 billion) of the market capitalisation. However, the Central Depository and Settlement Corporation last year said more than 88 per cent of the trading accounts at NSE are dormant.

This, according to the corporation, shows that local retail investors account for a minority of trading activity.

The last time the NSE held an Initial Public Offer (IPO) was in 2015 when Stanlib issued 625 million shares of the Fahari Real Investment Trust (REIT) at Sh20 per share.

The IPO was undersubscribed at 28.9 per cent and the share price has since fallen more than 56 per cent; it currently stands at Sh8.8.

CMA said the regulator is working with relevant stakeholders to attract more private companies to the bourse and increase investor participation.

“To diversify the number and quality of listed entities, the authority is working with market players – Privatisation Commission, Kenya Private Sector Alliance, Kenya Association of Manufacturers among others in identifying potential issuers within the Kenyan market," said CMA.