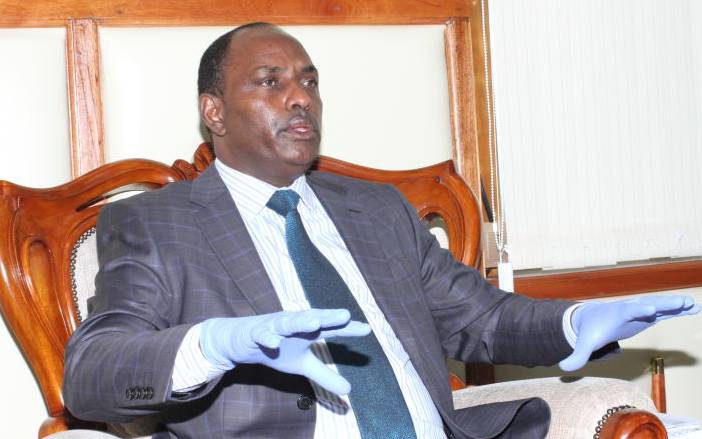 This is after the National Treasury Cabinet Secretary Ukur Yatani (pictured) yesterday tabled a supplementary budget for the current financial year ending June 31.

Most of the money will be used to deal with the coronavirus pandemic and to cushion the vulnerable population against the adverse effects of the virus, including massive job losses.

In a meeting with the National Assembly’s Budget and Appropriations Committee, Yatani noted that the government had made significant efforts to contain the spread of the virus as recommended by the World Health Organisation.

These include advising those not offering essential services to stay at home, maintaining social distance, imposing a dawn-to-dusk curfew and the lockdown of four counties.

“We have in this regard provided a total of Sh40.3 billion to mitigate against the impact of the Covid-19 pandemic, which comprise Sh33.4 billion under recurrent and Sh6.9 billion under development,” said the CS

Maize farmers are set to benefit from Sh10 billion that the State has allocated towards the Strategic Grain Reserve (SGR) to be used for replenishing national silos in preparation for tough times ahead.

The Agriculture Ministry, said Yatani, is already in touch with some select county governors, inquiring on the availability of food within their regions.

An additional Sh10 billion has been set aside for cash transfers to the elderly as well as people with disability.

The government will also disburse cash to people in the slums, with reports indicating that low-income households will receive a monthly stipend of Sh2,000.

Yatani told The Standard in an earlier interview that modalities are being worked out on how the government can buy food for the urban poor.

While most economists and policymakers endorse cash transfers, there are fears that without the right logistics those in need will not benefit.

Also contained in the Second Supplementary Estimates is a Sh400 million allocation to provide food relief and non-food commodities to communities in arid and semi-arid areas.

Treasury has at the same time allocated an additional Sh200 million to the police for security enforcement.

Prisons, a viable breeding ground for the virus due to their congestion, have also been boosted with Sh200 million to help curtail the spread of the deadly disease.

The government will also heighten surveillance of citizens as part of its efforts to mitigate the spread of Covid-19 after the National Intelligence Agency (NIS) was allocated an additional Sh1.5 billion.

Imported vehicles pile up in Mombasa

By Samuel Njogu | 2 hours ago

By Robert Maina | 2 hours ago