Britam, Acorn agree on out of court settlement of dispute 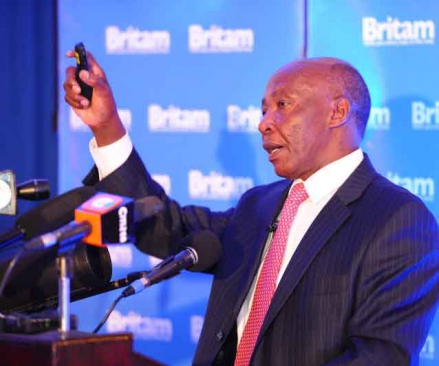 Under the terms of the deal, Acorn has agreed to return over Sh5 billion in cash and land that had been purchased with funds irregularly transferred to the firm by Britam ex-employees.

Following the legal settlement, Britam will recover high-value land in Nairobi, which includes five acres in Kileleshwa, 2.5 acres along Elgon Road in Upper Hill, 25 acres in Mlolongo and 182 acres in Lukenya, Machakos County. These projects have an estimated value of Ksh 40 billion. Acorn has also agreed to transfer back to Britam the mandate to operate the various bank accounts and cash balances in relation to these projects.

On its part, Britam has agreed to relinquish its interest in Acorn Group and projects initiated by the firm on Jogoo Road, in Baba Dogo, Lavington and Kitengela. Under the terms of the negotiated agreement, Britam has further agreed not to pursue any criminal complaint against Acorn or any of its directors. The criminal case against Britam’s ex-employees will continue to be pursued.

The dispute pitting Britam against Acorn and Britam’s former employees started late last year, sparking what became one of the most high-profile court battles in Kenya’s corporate history. Britam, through its lawyer Fred Ngatia, filed five suits against Acorn and its affiliated entities, as well as the former employees, in a bid to recover over Sh5 billion that had been irregularly transferred from Britam to Acorn and its related entities.

In a rejoinder, Acorn directors filed judicial review applications to stop criminal and civil proceedings against them. This agreement is between Britam and Acorn only, and excludes the ex-employees.

It effectively reverses the irregularly transferred funds and land which had been acquired without the requisite approval and authority from the Britam board.

Britam Group Managing Director Benson Wairegi said that the two firms had reached an amicable out of court agreement.

Borrowers have been slapped by a sharp rise in interest rates that are now racing towards 30 per cent, punished by the government’s insatiable borrowing spree, which is causing turbulence in the money markets.