Over 3,000 investors in Goldenscape Greenhouses Ltd have told Directorate of Criminal Investigations (DCI) boss George Kinoti to fast track investigations into their loss of money.

On Wednesday, they addressed a press conference in Lower Kabete, Westlands Constituency, where they vowed to take action if the DCI continues to drag its feet over the matter.

“It has been over a year since the greenhouses project company defaulted on their obligation to pay thousands of Kenyans who had invested in their project. As a result of the default, livelihoods have been shattered, homes broken and lives lost,” said John Opondo, chairman of the committee of aggrieved investors.

He said it seems like justice has been delayed and thus denied because the DCI and Office of Director of Public Prosecution(ODPP) have been 'reluctant' in investigating and prosecuting the perpetrators of this “heinous economic crime.”

“We demand swift and stern action be taken within 30 days from today, failure of which we are giving our lawyers firm and irrevocable instructions to commence private prosecution proceedings,” added Opondo.

The chairman also called upon other aggrieved investors, who had invested in the tree, fruit and greenhouses projects to reach him.

But according to their lead counsel Ben Musundi of Magare Musundi and Company Advocates, who are representing the victims in a civil case, the DCI and not DPP is to be blamed for delayed justice.

“The DCI investigated, recorded statements from 300 investors, compiled the file and forwarded to the DPP. Towards the end of 2019, Mr Wangai started defaulting on paying returns to investors and when they sought clarification from him, he told them his accounts had technical errors. He also gave cheques which bounced,” said Musundi.

He said Wangai assured them that they be patient till January 2020, when the technical issues will have been sorted but come January, the problem persisted and it’s at this point that some investors came to them for legal advice.

“First, all the investors had tried to reach to him in vain, including visiting offices at Lower Kabete, Karen and in the CBD along River Road. We advised them to report the matter to DCI first. With help of DCI, we were able to trace him and was arrested in March last year but was released on bond. The DCI officer visited the company’s offices and took contract documents of about 4, 000 signed investors with details of all the money he has received and computers which are at DCI offices,” Musundi added.

He said the DCI compiled the investigation report and forwarded it to DPP. At that point, Covid-19 was declared and after the restrictions were removed, the law firm went to the DCI, who told them that the matter is with DPP.

According to an investor, Caroline Mwangi, who had invested Sh750,000 for two greenhouses in September 2018 after taking a Sacco loan, they were to get a return on investment of Sh525,000 for the first rollover of six months for three years.
“I was to get my first return in April 2020 and since then, I haven’t gotten any communication. When I went to their town office, they were closed. We are just demanding justice to be done so that we get what belongs to use even if without returns,” said Ms Mwangi, a businesswoman.

Reached for comment, DCI George Kinoti did not receive our calls or responded to our messages sent to him by the time of going to press. 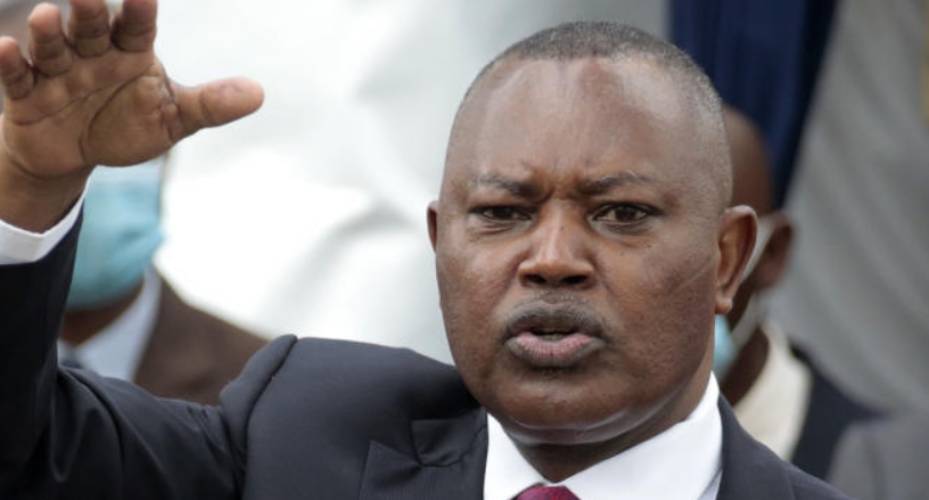 Joho insists that he is making serious preparations for the presidential election adding that he is currently consolidating his Coast base.