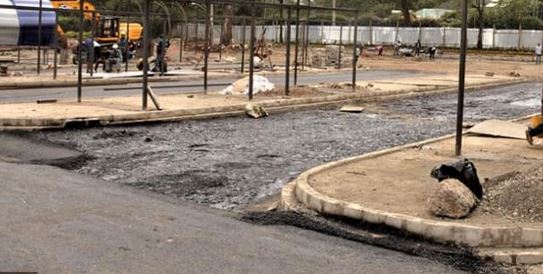 The move comes following reports that there have been illegal allocations of the picking or dropping bays by unauthorized officers despite a suspension of the allocations by NMS.

NMS Director General Major General Mohammed Badi said that henceforth, picking and dropping bays will have to be approved by the Director Roads, Transport and Public Works, Engineer Michael Ochieng.

The major General revealed that the move to suspend the issuance of the picking and dropping bays was to allow for review of the NMS and City Hall’s de- congestion plan for Nairobi County.

“It has come to our notice that unauthorized officers continue to illegally allocate picking/dropping bays for Public Service Vehicles in total disregard to NMS suspension of the activities to allow review our decongestion strategy,” said Badi through a notice in the local dailies.

“No person or officer is authorised to allocate or assign picking/dropping bay including parking slots without written authorization from Director Roads, Transport and Public Works upon approval by the DG,” he added.

He also explained that any request for allocation or assignment of picking/dropping bays and including parking slots will undergo scrutiny from the committee appointed by NMS to undertake the said function.

“Any purported approval granted without following this procedure is null and void,” cautioned Badi.

The decision to suspend the issuance of picking and dropping bays follows a petition by Nairobi County MCAs to NMS in July. The ward legislators called on DG Badi to abolish all on-street picking and dropping zones by PSVs within the central business district, stating that PSVs have illegally turned most streets, pedestrian walkways, and on-street parking within the city center into bus stops and parking slots.