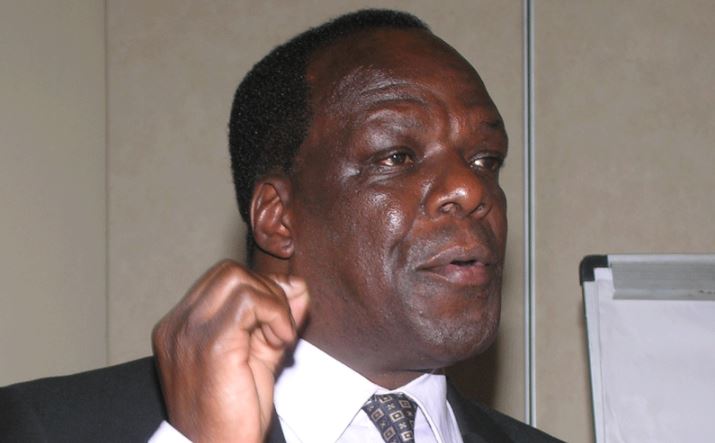 The Council of Governors Chairman Wycliffe Oparanya (pictured) has asked the Ministry of Health to stop the ongoing National Hospital Insurance Fund (NHIF) registration in counties.

The delivery of health care is a concurrent function, with a majority of the services being provided by the County Governments.

Universal Health Coverage (UHC) is a key component in the President’s Big Four Agenda, the development and implementation of any UHC model is a matter of concern for both levels of government.

UHC, whose pilot phase was launched in December 2018 by President Uhuru Kenyatta, is intended to ensure all Kenyans have access to preventive, promotive, curative, rehabilitative and palliative health services at minimum financial burden.

Health CS Mutahi Kagwe said the programme will be under the National Hospital Insurance Fund, which will biometrically capture the details of everyone registered.

“UHC delivery is not a function of the National Hospital Insurance Fund, it is a joint responsibility for the County Governments and the National Government. It follows therefore that NHIF registration cannot be done in the Counties without consultation with County Governments. Such an important process can only be undertaken once the two levels of government have discussed and agreed on the modalities for delivery of UHC,” said Oparanya.

The CoG Chairman added that the NHIF reform process has not been finalised and it requires the involvement of both levels of government.

The Multi-Agency Taskforce report, which contains significant recommendations that were proposed by County Governments, is also yet to be adopted and disseminated. If it is implemented, both levels of government will jointly agree on the roadmap and modes of implementation for the report.

“Of importance to note also is that NHIF is an agent of delivering health services and it is a shared institution serving both levels of government. NHIF cannot proceed to implement any health programs in the Counties without consultation with County Governments,” said Oparanya.

The Council has called upon the Ministry of Health to suspend NHIF registrations in counties until the matter has been discussed between the Ministry and the Council of Governors.

“The National Government has a duty to ensure that it respects functional integrity by consulting with County Governments before proceeding to undertake any health reforms at the County level. Failure to consult and the lack of transparency in such processes can only breed mistrust and in the long run, prejudices the County Governments,” Oparanya concluded.