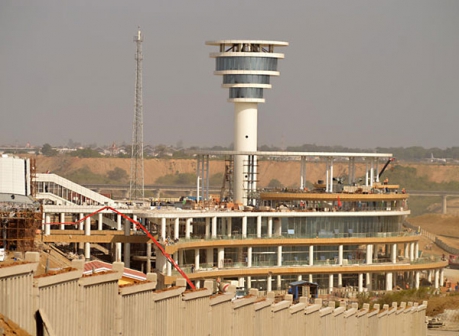 The controversy surrounding compensation of billions of shillings for land acquired by the government for the construction of the Standard Gauge Railway (SGR) has taken a new twist as the Ethics and Anti-Corruption Commission (EACC) has been approached to investigate the matter.

A company protesting against the manner in which the National Land Commission (NLC) has handled the SGR compensation has written to EACC calling for the investigation of Brian Ikol, the acting director, legal department.

The directors of Daimler Enterprises Ltd in a petition received by EACC on March 7, 2017 want Ikol investigated over the manner in which he handled compensation worth more than Sh120 million for two parcels of land LR 9084 and LR 15100 belonging to the company.

In their petition to EACC drawn by Ndegwa & Ndegwa Advocates the complainants want investigations into the improprieties, irregularities and unlawful conduct of Ikol.

In their petition, the complainants allege that Ikol, in complete exclusion of other members of the Commission, caused Sh82 million to be paid to Bakhresa Grain Millers Ltd in total disregard of the law.

This was after Ikol advised Dr Swazuri to recommend to the chief land registrar to revoke Daimler Enterprises Ltd’s absoluteness of title, the unalienable right to ownership of property enshrined under Article 40 of the Constitution, thus violating the constitution, the sanctity and the indefeasibility of a title deed.

The petitioners also allege that Ikol acted in gross misconduct and in want of professionalism when he and NLC chair, Dr Muhammad Swazuri, recommended the revocation of the complainants title LR No. 15100 in total disregard of the director of survey’s advice contained in his letter dated July 4, 2016 which recommended that the complainants title to the land in dispute was solid and unimpeachable.

The complainant avers that while arriving at the decision to have Sh82 million paid to Bakhresa Grain Millers Ltd, Ikol and Dr Swazuri lost their objectivity and impartiality, and allowed themselves to be influenced by favouritism, improper motive and corruption thus violating Article 73(2) (b) of the Constitution.

“The said Mr Ikol has failed to live up to the said expected standards of professionalism, integrity and to promote public confidence when he moved to conspire with the chairman of NLC to defeat the complainants’ claims on the parcels of land being LR No.15100 and LR No.9084,”the petition to EACC by Ndegwa & Ndegwa Advocates says in part.

Dr Swazuri has however, denied the allegations leveled against him and the commission saying everything was done above board.

Another Sh43 million meant for Olomotit Estate Ltd was also instead paid to Keibukwo Investment Ltd.

At the same time, the NLC has launched an audit into issuance of leases and grants following the emergence of illegal certificate of grants or title deeds issued without the authority of the Commission.

A public notice issued by NLC chairman Dr Muhammad Swazuri, has warned the public, banking institutions and all other entities that any lease or certificate of lease issued after the 1st of March 2013 and not signed and sealed by the Commission is not a legal document and should not be used for any transactions. The notice warns the public that such leases do not grant any interest in public land, and are null and void.

State to spend Sh11b on houses for diplomats

The Government plans to spend over Sh11 billion to buy land and buildings for its ambassadors across the globe.