Speakers told to find a solution 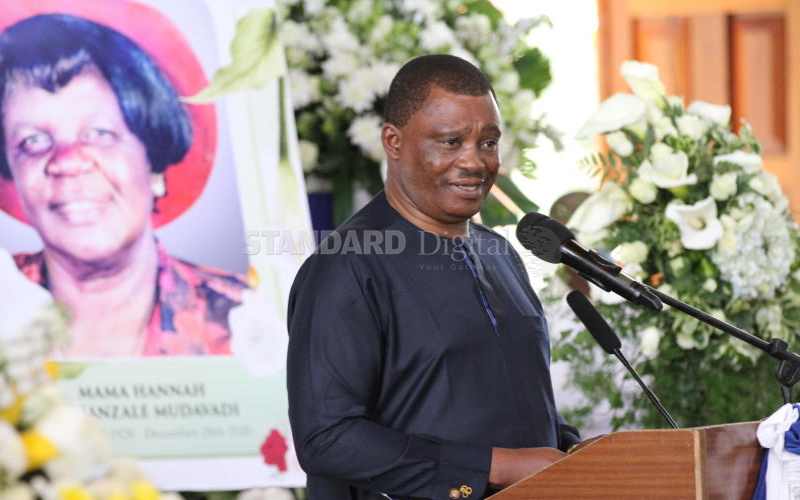 Speakers Justin Muturi (pictured) and Ken Lusaka must agree on the fate of the Finance Act to avoid plunging the country's budget cycle into a crisis.

It was among 24 laws the High Court declared unconstitutional.

The National Assembly had asked the Court of Appeal to suspend the High Court order without which, it says, financial statements cannot be tabled in the House.

The Court of Appeal reached the decision after lawyers of the two houses of Parliament failed to agree on suspension of the High Court order.

The court declined to intervene and left the matter to National Assembly's Muturi and Lusaka of the Senate.

There is the question of whether the National Assembly should seek a consensus from the Senate on laws touching both the national government and counties.

"The two speakers should consult on the issue. The record of appeal should filed within 21 days and heard on priority basis," the court said yesterday.

National Assembly lawyers Paul Muite and Issa Mansur told Court of Appeal judges Martha Koome, Hannah Okwengu and Patrick Kiage that the lower House is unable to carry out its functions as the finance statements on this year’s budget cycle cannot be tabled.

“We could have a very temporary stay to allow financial statements tabled. We are going to get into a crisis. The whole situation is so untidy that if a stay is not granted, the National Assembly is unable to move. In the last two months, the National Assembly has come to a standstill and the Speaker said it will not be able to conduct its business whatsoever,” Muite said.

But Senate lawyers James Orengo and Mutula Kilonzo accused National Assembly lawyers of misleading the court as the High Court had given the two houses nine months to debate and agree on the 24 laws it declared unconstitutional.

The Senate accused National Assembly of seeking an avenue to continue passing laws while without consulting the Senate.

Qatar: Alcohol in 2022 World Cup stadiums - for those who can pay

Alcohol will be available to football fans in stadiums at the 2022 World Cup, but so far only to those purchasing hospitality packages, the contractor