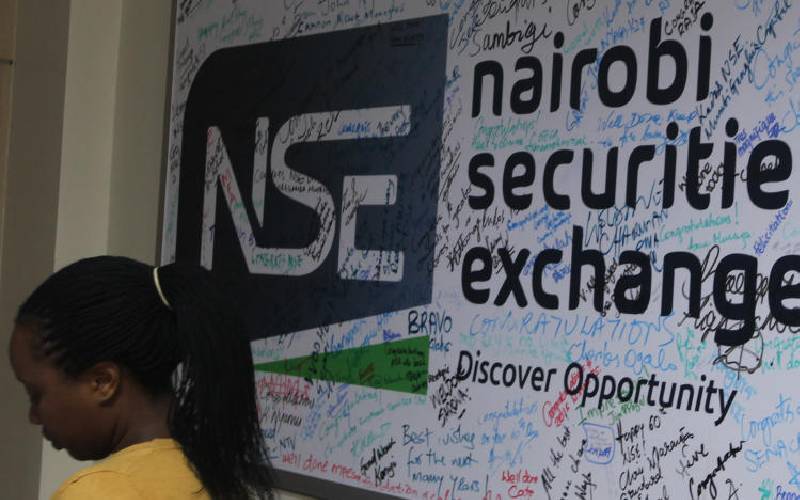 A KCB weekly capital report indicates the NSE All-Share Index gained 0.9 per cent, while the NSE 20 shed 0.8 per cent in the week.

Safaricom, KCB, Equity and EABL remained the four top traded counters, accounting for 91.5 per cent of the market turnover.

“Foreigners were net sellers, for the second consecutive week - with net outflows worth Sh1.2 billion, responsible for 69.2 per cent of market activity, compared to 62.4 per cent the previous week,” read the report.

Treasury Bills were also oversubscribed during the week, with a subscription rate of 115.9 per cent as investors went all out. This was a huge recovery from an under-subscription of 72.1 per cent the previous week.

The 364-day paper was the most subscribed at 210.0 per cent as investors sought appropriate risk-adjusted returns, with the paper yielding eight per cent per annum. The issuer received Sh27.8 billion worth of bids, accepting Sh27.6 billion - acceptance rate of 99 per cent.

“Notably, yields on all three papers rose during the week. The Central Bank has reopened two bond issues, in addition to the tap sale for last month’s re-open, seeking to raise Sh60 billion,” noted the report.

In the secondary market, bond turnover declined 37.8 per cent to Sh7.5 billion, with trades across the spectrum.

By Philip Mwakio and Patrick Beja | 20 hours ago

By Philip Mwakio | 20 hours ago