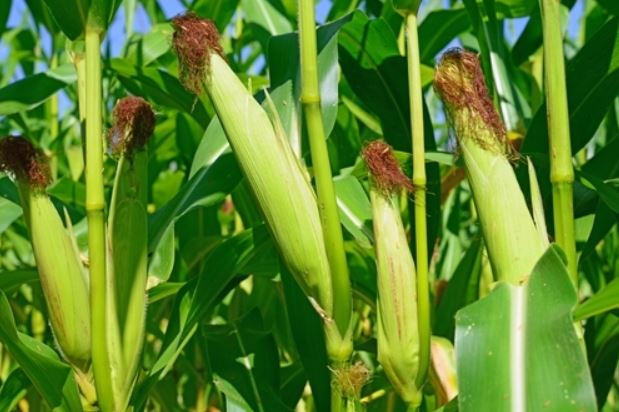 In Kirinyaga, Embu, Nyandarua, Murang’a and Meru, maize is yet to be harvested as farmers await rains to ease, but that appears not to be happening.

Already, the Kenya Meteorological Department has forecast rains up to June, leaving the county ministers of agriculture to seek alternative options of getting food out of farm under excess rainfall. Harvesting of maize usually happens in January in most parts of Central Kenya.

Maize is usually grown in lower zones where coffee and tea do not do very well, and provide household food security to families for a better part of the year.

However, with the current threat, there is a risk of the maize crop rotting in the farm, or upon harvest due to wet and cold conditions, which will force households to buy maize, affecting their household budgets.

This puts more burden to households because of disruption of the rice market, the second staple, following President Uhuru Kenyatta’s direction that most of it is bought by the government for further distribution and at a higher price.

Kirinyaga County Director of Agriculture Benson Mukungo says maize is ready for harvest but the heavy rains have hindered harvesting.

Wait and see tactic “We have advised our farmers to give it a little more time to see whether the weather may improve and give them time to harvest their crop,” he said.

Mukungo said the problem is further worsened by the fact that farmers lack proper storage facilities and would lose their crop if the rains persist.

“Farmers do not have driers. Most of them rely on the sun to dry their produce. With these rains, we are just hoping it is going to stop for the maize to dry,” Mukungo said.

“Farmers are ready to harvest, but the exercise has been hampered by the ongoing rains,” he said.

He said the county has a mobile drier which the farmers can utilse but it will not be enough for the farmers in the entire county.

“We are making plans to step up the use of our mobile dryers to help framers to dry their grain,” the director said.

He said farmers can also take advantage of the driers at the National Cereals and Produce Board at Sagana to dry their maize at a fee of Sh30 per every drop of moisture from a 90-kilogramme bag.

Mukungo said farmers are also being edu cated on how to handle their harvest to make sure is free of aflatoxin.

He said farmers should not dry the maize on the ground but should use a raised platform where there is free flow of oxygen even as the drying takes place gradually” he said.

Dr James Karitu, Nyandarua CEC for Agriculture said he expects maize yields to reduce by at least 10 percent because excessive rains have led to their being affected by the head smart disease, a fungal infection, despite what was expected as a pumper harvest.

Longer duration “The rains have continued through December to February, the time which Nyandarua farmers harvest maize, subjecting the crop to rotting and risk of getting aflatoxin,” Karitu said.

“The prolonged rain lead to water logging subjecting the crop to uncontrollable blight and bacterial wilting due to excess moisture. This let to potato production in the county to drop by 23 percent,” Karitu said.

He says the county plans to provide farmers with disease resistant certified potato seeds to mitigate against such challenges in future. Wheat, oat and barley have not been spared either. The heavy rain has caused grain rotting, molding and sprouting.

Karitu says the percentage loss has not been quantified. In Murang’a, the CEC for Agriculture Albert Mwaniki said while consistent rains have ensured a bumper maize harvest there is a risk of it rotting in the farms because of the excessive rainfall.

He however said there is hope because the weather has become warmer. He however cautioned farmers against harvesting their maize until warm weather is realized to avoid the risk of contamination by aflatoxins.

“Farmers just need to ensure that the maize is completely dry before they store it,” he said.

He said the tea sector has however been most affected by the heavy rains as thousands of bushes were swept away by landslides in the higher tea zones.

But as farmers whose farmers were affected by landslides faced immense losses, others were celebrating increased harvests.

Mwaniki noted that there is a danger of more landslides if the rains continue and reiterated the need for farmers to report any signs of earth movement in their farms to the authorities.

“Some roads have also developed huge cracks and may be more affected with continued rains, making it impossible for farmers to sell their farm produce,” Mwaniki said, citing Gataka-ini village in Gatanga whose road has developed cracks after experiencing landslides that swept way tea farms.

Mwaniki also cited Kahatia village in Kahuro sub county where 12 tea farms have sunk into the ground and become inhabitable. Another landslide destroyed over 2,000 tea bushes in Githambo village.

He has said the county government will continue with its free maize seeds programme. Through the programme, at least 250,000 homesteads are issued with maize seeds before the planting season begins.

The programme that was started in 2017 has eradicated food insecurity in the county and saved locals from reliance on relief food. Nakuru County has already lost nearly an entire maize crop said Dr. Immaculate Nduma, the CEC for Agriculture.

Maize was affected by the heavy December rains which led to rotting in the farms. Potatoes faced great challenge twice in the year 2019 by the delay of rains that come in mid-May thus leading to low production, and later in December season, they were severely affected by the bright disease due to heavy rains and frost.

Dr Immaculate, therefore, urged the farmers to start planting as they would do in March to utilize the ongoing rains effectively by planting short-season crops.

“A time like this, we usually experience dry season with little unreliable rainfalls making farmers engage in irrigation to sustain growth of their short-season crops, mainly vegetables, potatoes, and tomatoes. But as a result of the rains, the crops are thriving on well, thus easing the irrigation costs to the farmers since there is plenty of moisture level in the soil.”

The ongoing rains will persist in several parts of the country until June, the Director of Meteorological Services Stella Aura said when releasing the March-May weather outlook at the Meteorological department headquarters in Nairobi.

The onset of rains in the Central highlands including Nairobi, Nyeri, Kirinyaga, Murang’a, Embu, Meru, Kiambu and Nyandarua is expected in the second to the third week of March. The forecast shows it will end in the third or fourth week of May.

In Nakuru and Laikipia, rainfall is expected in the first to the second week of March and will continue into June, while Kajiado, Kitui, Makueni, Machakos and Tana River will start experiencing rain in the third week of March until mid-May.

Nivea maker to give Sh32m for food security