Hustle
They are versatile, which has ensured their survival of Schumpeter’s gale of creative destruction 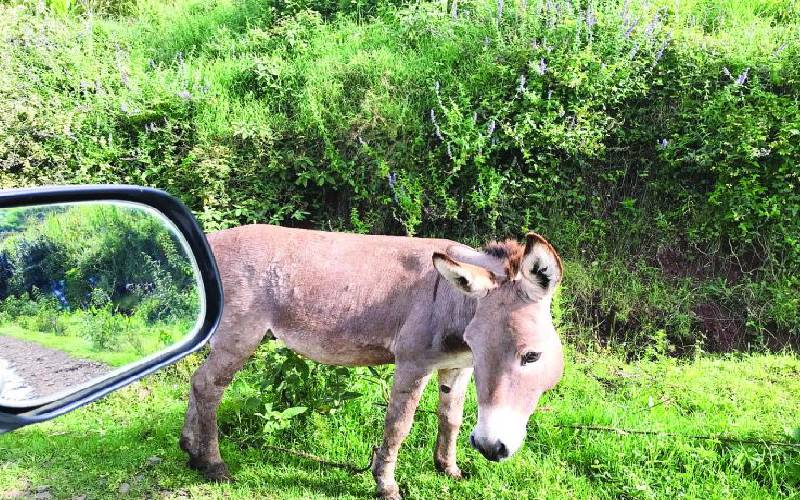 The number of cars in Kenya has risen and paradoxically, so has the number of donkeys. Long before the demand of donkeys went up, thanks to medicinal use of their skin in China, donkeys were a common site in the countryside. They are the main beasts of burden; they carry anything and everything. They are versatile, which has ensured their survival of Schumpeter’s gale of creative destruction. They have not been replaced by cars and motorbikes. The donkey can carry the load by itself or draw a cart. Boda boda can’t do that. They can access where cars or bodas can’t. They are cheap to maintain - no fuel and no animal feed. They fend for themselves. You find them tethered by roadsides at night. In the countryside, owning a donkey despite its higher utility is not as prestigious as owning a motor bike. Perhaps we think speed is better than versatility.

SEE ALSO: Why donkeys are Kenya’s underestimated sources of livelihood

Some think donkeys are a sign of a conservative society which has refused to move up the technology ladder to motor bikes and later cars and finally a plane or space ships. Worse, it’s a sign of economic stagnation, a sign of a society frozen in time and prospects. In Kenya’s happy valley, mzungu rode the horse or the car. Today the inheritors of estates formerly owned by Morgan Glenville, Alice de Janze, Mary Miller, Bill Delap, Van Straaten, Lady Idina Sackville and others ride donkeys. Status symbol Interestingly, donkeys and horses are so far apart as economic symbols. While donkeys signify economic stagnation or unsophistication, horses are the opposite. In fact, the enduring status symbol in Kenya is a horse - not even a car. How many of your friends own a horse?

In any case, donkeys are cheap compared to horses, but their prices are going up, thanks to demand from China. A racing horse, a thoroughbred, can cost you upwards of Sh100 million. The coexistence of two beasts of burden -- though horses in Kenya rarely carry any burden -- shows the enduring social economic classes; donkeys for the hustlers, horses for the affluent. It is interesting that despite all the advances in technology, we can’t wean ourselves off the animals our ancestors kept.  We could ask in whispers if the increasing number of donkeys indicate more poverty or more wealth as we shift from carrying loads on our backs to using donkeys. What do you think?

Hibernation, hustlers and the hard reality