Hits and misses of the Building Bridges Initiative 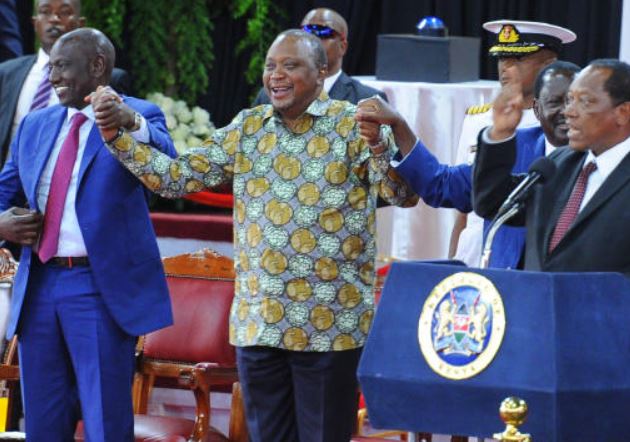 Did someone realise that the 2010 Constitution was too legalistic? The Building Bridges Initiative (BBI)is a political document that makes it so hard to criticise.

It took a real middle ground. There is something for everyone.

The report tried to tame political extremism. Maybe I am wrong, but like similar documents, it is elitism which left some footprints.

What did it leave out? Here is the “de-elitised” list.

One is religion. Despite Americanising our constitution, religion still plays a key role in public life. Lots of policies, legal, social, economic and personal decisions are based on religion.

Yet all around us, it seems religion is no longer the moral force it used to be. Its substitute is not clear in the BBI report.

Two is “national hollowness”. How do we fill the emptiness created by lack of an overarching national goal?

Is corruption filling this void?

From childhood to the sunset of our lives, what do we believe in? What motivates us?

What gives us meaning and purpose in our lives beyond religion and our fading traditional cultures? Three. In shared prosperity, we left out the culture of dependency. As a nation, we love foreign aid, as individuals, we love being helped and being sponsored.

Yet these are the antithesis of economic growth.

How do we reduce dependency without looking bad or inhuman? Four is closing of the Kenyan mind. How many of those reading this article have read the BBI report?

Closing our mind to new ideas unless they are sensational like "twa twa twa" should be a national concern. Such a closed-minded populace is good for politicians.

They will get what they want. How do we open up the Kenyan mind in the age of WhatsApp groups?

Noted how any good idea in WhatsApp groups is quickly diluted by a joke or a forward?

Five is class consciousness. While we want shared prosperity, Kenya has become a class-based society. Showing off is now part of our national culture.

Some argue corruption is driven by the desire to show off.

We love showing off material and non-material things like our academic achievements.

Six, the BBI report was silent on our mortality. Closely related to hollowness is that we pay little attention to the simple fact that our lives are limited.

While philanthropy is mentioned in the BBI report, immortalising ourselves through service to humanity has not been part of our national culture.

There is too much today at the expense of tomorrow.

Seven, BBI did not pay enough attention to self-interest which over the years has trumped the public interest. Adam Smith argued that by pursuing self-interest, we end up benefiting the larger society. How do we align self-interest to national interests?

Eight is work ethics. One strand that binds us together is hatred of work. We want to do as little as possible and get paid as much as possible.

A nation can’t develop when doing nothing is celebrated through working smart, fraud or brokerage.

How do we incentivise work from blue-collar to white-collar?

Nine, BBI though not supposed to solve all our problems should have focused more on vested interests and deep State.

While deep the State is the stuff of conspiracy theorists; in Kenya and African countries, it could be real. How do we take on vested interests and “shallow” the deep State?

Ten, BBI should have spent a few minutes on how to bridge the vertical gap between leaders and the led.

Though the word dynasty was avoided, there is a feeling among the ordinary Kenyans that beyond the voting day, our leaders and their flock read from different scripts.

What of building bridges across socio-economic classes?

Eleven, the BBI report avoided cross-national issues only focusing on the East African Community. After building bridges across the political, tribal and socio-economic classes, our next logical step is to fan outwards across the globe more like Japanese after WWII or Chinese lately.

Kenyan traditional societies had well-tested bridges across generations made of traditions and rites of passage. What of us?

Thirteen is about the task force itself. How was it selected?

Why was it missing a psychologist to help us understand the Kenyan mind? Why there was no farmer to help the task force understand the reality of life under uncertainty.

The task itself was part of building the bridge but most of its members would probably vote for a conservative party than a liberal party.

Lastly, like the Competency-based Curriculum (CBC), I find it strange that the BBI task force did not come up with an implementation framework.

The drama on how to implement the BBI report will take our valuable time unnecessarily.

BBI and similar reports from Sessional Papers to the 2010 Constitution keep us busy as politicians do their work and enjoy their perks.

As you cheer them up, you soon realise time is not on your side; you age and windows of opportunities close.

The truth is that no report will end work and personal responsibility. That is the hard reality we must learn to accept.

We can build lasting bridges but only with sobriety through BBI